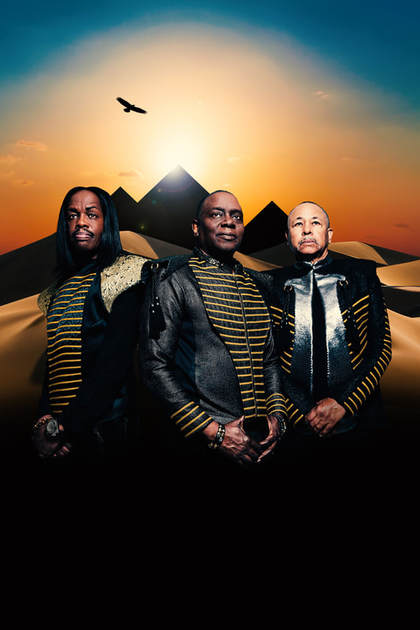 September 9, 2017
​
Arguably one of the most influential bands in the music industry, Rock and Roll Hall of Famers Earth, Wind & Fire, have had a huge impact on music since their debut in the 1970s. Omnisound talked to co-founder Verdine White in preparation for their show in Paso Robles on September 19, 2017.

​OS Mag: Omnisound Magazine will be previewing your upcoming show at the Vina Robles Amphitheatre in Paso Robles on September 19th. What are you looking forward to the most about this stop?

OS Mag: You have five upcoming shows, all in the month of September. Is there a reason why you aren’t playing on the 21st?

Verdine: You know what, that’s a good question. [Laughs] That was just probably more of a scheduling thing, you know what I’m saying. But, September - that’s a good question - you know it’s the month that everybody always starts talking about our song. They talk about our song all the time anyway. Tons of kids are born on September 21st. It’s just one of those kinds of things, kind of a coochie thing.

OS Mag: What song(s) are you most excited to perform on this tour? Why?

Verdine: “Shining Star” is a lot of fun. Of course, “September” is fun. But the whole night is gonna be a lot of fun because now we have young people come, like yourself. We have a lot of people like yourself that come to the concerts so it’s a fun experience for them, you know.

OS Mag: Earth, Wind & Fire has been around for over forty years now. How has the band changed throughout the years and how have you managed to hold such a strong presence in the music industry throughout that time?

Verdine: You know, it’s about the music. Music always wins out, and that’s the whole thing.
​
OS Mag: What excites you most about making music?

Verdine: The fact that it makes people happy. That’s the most important thing that I love about it.

OS Mag: Who would you love to collab with on a song?

Verdine: Wow, there’s so many people. We did Justin Timberlake last year, that’s a great one. We did Outkast, that’s another good one. So we’ll see what comes down the pike next time.

OS Mag: Your band name references the elements of nature, but usually water is also included in that group. Is there a particular reason you left water out of the name?

OS Mag: Outside of music, how do you enjoy spending your time?

Verdine: I go to the gym, yoga class. Going to dinner - all that stuff - bookstores. So that’s what I like to do.

OS Mag: I’m sure touring with the band has taken you all over the world and given you many unique experiences. What has been your most surreal moment in the music industry so far?

Verdine: They’ve all been pretty surreal now that I put them all together. If you’d have asked me that 10 years ago I would have had one, but now they kind of all blend together.

OS Mag: If you had to choose one, is there one that comes to mind first?

Verdine: “Surreal,” that’s a heavy question. I wouldn’t say surreal as much as the experiences have been dynamic.

OS Mag: What can fans expect next from Earth, Wind, & Fire?

Verdine: Well we’re gonna finish these concerts you know, that’s the most important thing. And it’s gonna be high energy, a lot of fun, you’re gonna feel better when you leave than when you came.

OS Mag: I have one last question for you, here at Omnisound, we want to know what your spirit animal is and why?

Verdine: My spirit animal? I don’t know what that is.

OS Mag: It’s like if you had to choose one animal that you feel really embodies who you are as a character, as a person, what would you choose and why?