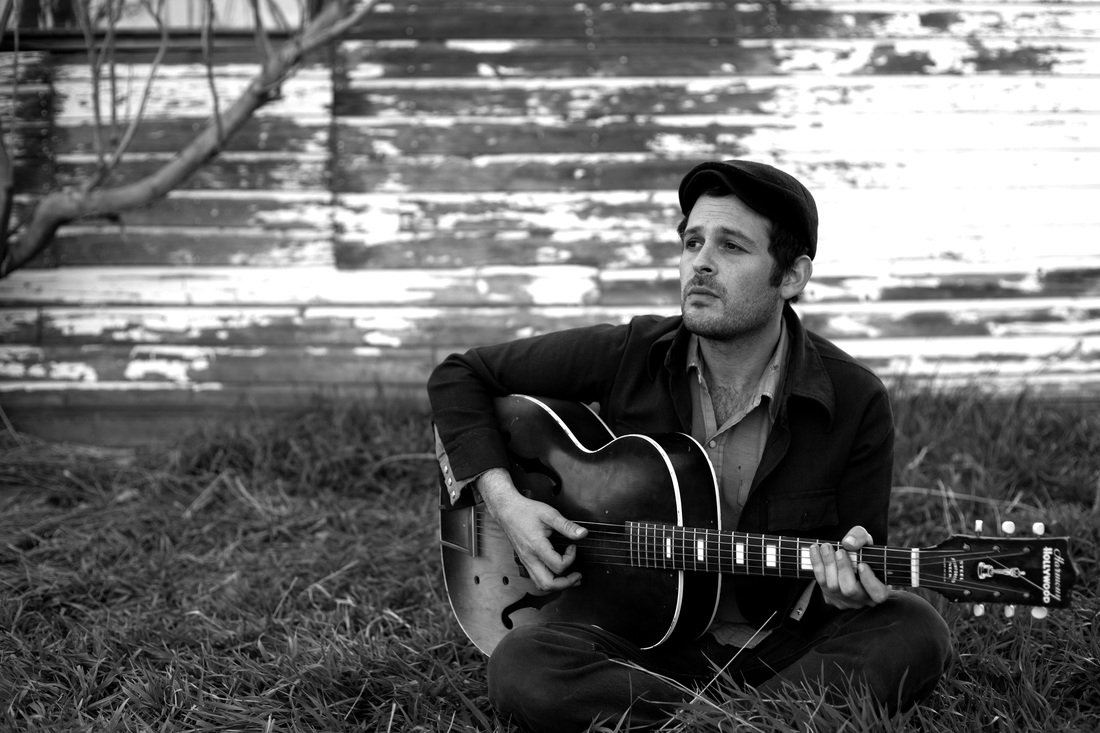 Folk-Indie musician Gregory Alan Isakov is a man of travel and his music reflects it! He was born in South Africa, raised in Philadelphia, and now calls Boulder, Colorado home. Gregory is currently on a solo tour with Passenger and will continue to play multiple festivals throughout the end of the year. We caught up with Gregory after his stop in Oakland, check out our interview!

OS MAG: I saw you perform at the Fox Theatre in Oakland a couple nights ago when you opened for Passenger. You said that this show was about your fourth solo show, so you aren’t used to playing on stage by yourself. How is being on stage alone different than having a full band behind you?

GAI: It’s been really great! I’m still learning about playing solo and I think it’s a cool approach to the songs for me because they all kinda start that way in my kitchen and sorta evolve. I write mostly for a band, but this tour has been really cool for me in that way. That particular show was crazy for me because I literally got there 10 minutes before I started playing because my flight was cancelled so I was just rushing like crazy.

OS MAG: Since you do travel so much, how does constant travel affect your music?

GAI: I write a lot on the road, and I write a lot about a sense of place. I think that is where writing comes for me. But I’m home a lot in the summertime, because I run a small farm in Colorado, and I do a lot of writing at home as well.

OS MAG: You recorded a live album with the Colorado Symphony that is scheduled to be released this winter. How did you think of doing this collaboration and what was the best part of the experience?

GAI: Oh man, it was amazing! The amount of musicianship that came together for those shows that we did was incredible. It was about a year of writing arrangements with two arrangers that I worked with, one was my friend Tom from the band DeVotchKa and my other friend Jay Clifford who used to have a band called Jump Little Children. It was such a cool thing, the way it all came together. And Scott O'Neil, the conductor, was amazing to work with. It was a really smooth production.

OS MAG: Your last album, The Weatherman, was released in 2013. You are releasing your live record in the coming months, but can we expect another studio album anytime soon?

GAI: Yeah! I have another studio record that’s about halfway down now. They usually take me a long time. I’m planning on releasing that one next year as well.

OS MAG: At the show at the Fox, you also mentioned that you thought it was cool that there are still opening bands. Can you expand on this?

GAI: I think it’s a cool tradition that music and performance has with opening bands. It’s a humbling experience playing for a crowd that isn’t there to see you. And to be traveling with your friends and be able to share your friend’s music with other people that maybe came to see you, we do that with our friends. It’s a cool collaboration.
OS MAG: You’ll be headed back to the Bay Area to play at this year’s Hardly Strictly Bluegrass festival in San Francisco on October 4. What are you looking forward to the most about that show?

GAI: I have heard about that show for years, but I’ve never gotten the chance to see it and I’m so stoked to be a part of it! I love that they have a free show in San Francisco, it’s amazing!

OS MAG: How is playing festivals different than normal concerts for you?

GAI: It's very different. A festival vibe is just a very different way of experiencing music. I always compare it to when you are at a restaurant at the airport and it's the airport version of the restaurant and then there’s the one downtown with the full menu. Festivals are like the airport restaurant, you just get a taste of what the band does in their show. There’s a lot of festivals we’ve been doing where there are over 100 bands playing, like Bonaroo. But definitely go see their show when they come to town because it's going to be way more intimate.

OS MAG: Apart from your music you said you run a farm at home, what do you typically like to do on your days off both at home in Colorado and while touring?

GAI: I was a horticulture major in college and I’ve kept up with that through the years. So now I run about 4 acres of vegetables. So that keeps me really busy. I’m constantly balancing both love affairs of music and horticulture. While I’m touring I like to go vintage guitar shopping. Like some gals like shoes, I have a problem with guitars.

GAI: Micro-rhizobacteria I think is probably it. They make it possible to grow legumes in the soil. Do you know your soil bacterium? Scope them out, they are badass!