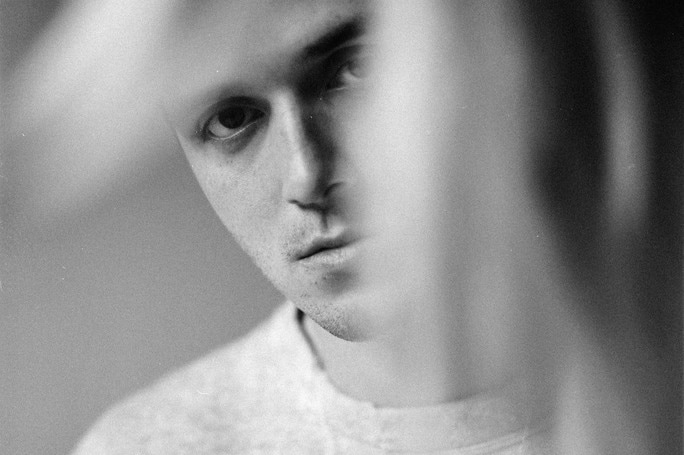 Omnisound caught up with Ari Leff, better known as Lauv, while he was in New York on May 12. Lauv is a producer/songwriter now based in Los Angeles after pursuing a degree in music technology at New York University. About to head out on his “late night, deep talks” tour, he will be playing the Rickshaw Stop in San Francisco on May 24. Check out our exclusive interview to see what Lauv had to say about his hit track “The Other,” minimalist production and lions!

​OS MAG: Your upcoming tour is called "late night, deep talks." What is the story behind the tour name?

Lauv: It actually just started literally as something that I would tweet out in the night when I would talk to some of my fans, I like to interact with them as much as I can. And I was just like, why don’t I turn it into a tour name!

OS MAG: What are you looking forward to most for your homecoming tour date in San Francisco at the Rickshaw Stop on May 24?

Lauv: That is the funny thing. I was born in San Francisco, but I moved when I was 4 so I feel like I still haven’t been in the city fully so every time I get to go back, I just try to do new stuff. I’m just excited to see more of the city!

OS MAG: Your song “The Other” has been extremely successful with over 76 million Spotify plays. What has it been like to gain momentum as an artist from this track?

Lauv: Crazy, absolutely mental! Like three months ago it was at I think like 7 million streams and to be here today at 76 is not real. It’s a really exciting time for music overall!

Lauv: It was crazy because we did it all in one day. The process was basically, I had some thoughts about how I wanted the video to go and then we went out and found the right director, Tobias, based on his other work I like a lot. It was a great experience because I met him for the first time and met the actress literally the night before. It was all do this, do that. We had to switch back and forth between teens who were madly in love and teens that were super distant. It was emotionally strange, but a fun experience.
​
​OS MAG: You visited Spotify Studios yesterday. How was that experience?

Lauv: Amazing, the studio is extremely nice. Really cool, just the whole office. Amazing engineers, tons of vintage gear. I played a keyboard I think from 1969 which was a first for me.

Lauv: For me, the whole process, when I sit down it is just discovering what it is that is deep inside of my brain that I am not acknowledging maybe consciously. It is a super therapeutic process for me, that is my way of coming to terms with things, with being real with myself.

OS MAG: We love that you produce all of your own music. How would you describe Lauv’s sound and aesthetic?

Lauv: My favorite thing about production, especially at this point, is minimalism. I came from a place when I started to learn how to produce where I’d throw a bunch of sounds in together–like alright I think this is cool, but I am in a place now where I am very selective. Every sound has to have a purpose for me rather than having a trillion tracks. It's the same way with writing, I really don’t go in with an agenda of how I want something to sound, same thing with production. Sometimes I take some of my synths and put them on shuffle mode, which is hilarious that synths have shuffle mode, and just find a single sound that can totally transform the entire vibe.

OS MAG: Who would you love to collab with on a song?

Lauv: Chris Martin, Coldplay. Hands down! Him or if it were a producer, a producer named Sam Gellaitry. I’ve been a massive fan of Chris for years, his songwriting style, and Sam is a producer I found, I think he is from Ireland. He is like a young kid and I got to see him at Coachella which was super special. I just found him on SoundCloud, there is a lot of crazy stuff out there.

OS MAG: What was it like to co-write and co-produce "No Promises" by Cheat Codes featuring Demi Lovato?

Lauv: It was an amazing process, really crazy. We had no idea that it would turn into what it did. Its funny because when you are working on stuff for yourself everything is like okay, I am going to do this, I am going to do this... and when you are doing something like that where you are co-writing a song with the intention that it is going to be for somebody else, a lot of things are out of your control. Then when we found out that Demi Lovato was going to be on the song, it was a big moment!
​
OS MAG: We saw that you have a meme of yourself posted on your Instagram account. How do you feel about memes?

Lauv: Yo, this is my favorite question! Memes are everything! Especially weird memes that are sort of unacceptable. Those are my favorites.

OS MAG: On you social media accounts (@lauvsongs), you have encouraged fans to sign up for your newsletter and that you have big news coming soon. This morning you posted what appears to be an album cover. Can you give us any insight?

Lauv: I can’t say anything yet!

OS MAG: What has been your most surreal moment in the music industry so far?

Lauv: I would say probably the first time I played a big festival. I played Firefly, stepping out on that stage. I grew up going to various festivals and it’s just the whole vibe is different than when you play a show in a closed venue. Stepping out on the stage and expecting no one to be there for me, and there were hundreds and hundreds of people that knew my words was crazy, it still is very surreal.

Lauv: I would have to say a lion because Lauv means lion in Latvian and Ari means lion and I am a Leo, it's just kind of in my soul from when I was born. It feels right!