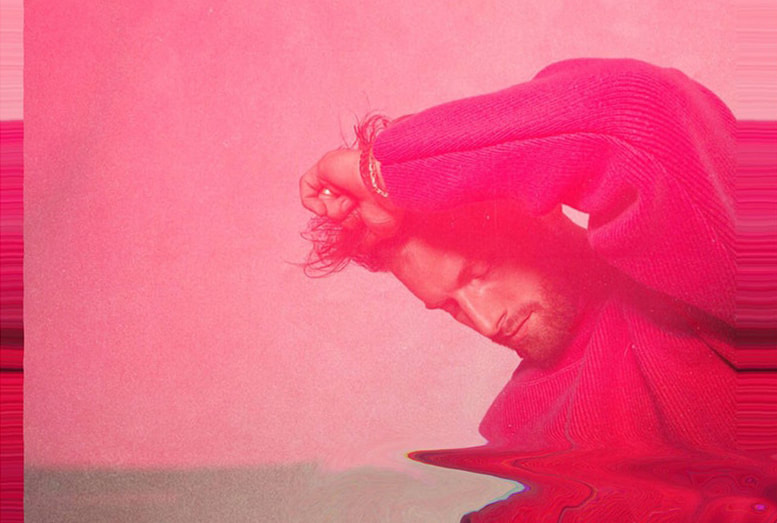 Marc E. Bassy dropped his debut album Gossip Columns last Friday, Oct. 13 and is starting his nation-wide tour! You may recognize the Bay Area artist from his platinum-certified song “You and Me” featuring G-Eazy. Check out what Marc E. Bassy had to say about the process of making Gossip Columns, singing in the shower and DMing Hailee Steinfeld.

​OS Mag: You just released your debut album Gossip Columns on Friday. What is the story behind the album title and how would you describe the record’s sound?

Marc: All of the songs on this album Gossip Columns are sensationalized versions of the stories of my life, like a tabloid or a gossip column. I’ve lived in Hollywood for pretty much my whole adult life, so the nature of LA has seeped into my music and it felt like an appropriate title. As far as the sound, I can't really describe my sound too well, but it is rooted in R&B and Hip Hop music. I take it on a song by song basis stylistically, just depending on what is inspiring me at that time.

Marc: I don’t seek out artists to work with very often, it usually just happens organically. These are all people I have known. Bob is one of my best friends, Gerald is one of my closest friends, Kehlani I have known since she was just starting out her project being a solo artist. The Bay Area is a small place, so we all know each other and we work hard to support each other.

OS Mag: You and Bebe Rexha are kicking off your co-headlining, nation-wide tour in Seattle today. What can fans expect from this tour?

Marc: Man, this tour is very exciting for me because this is the first time I have done a headlining run with full production! This is probably the best version of my live show that my fans have seen thus far. It is an exciting time for us because it is a light show and the visuals, the arrangement, everything is at a higher level than it was on my last tour. The venues are bigger, we are playing for over 1,000 people in almost every city. Last time, it was more like 400 or 500, so it is just a natural progression. The fans that are invested in me, that is what you love to give them and I think that is what they love to see–that progression of the artist from the record to the show to the merchandise.

OS Mag: What are you most excited about for your homecoming Bay Area shows in San Francisco and Sacramento later this week?

Marc: It’s not really that I am so excited about one particular thing, I’m just excited to see people that I care about, my family and my loved ones and friends I grew up with. It's always a little stressful playing at home because you have to get everyone in the show and that type of thing. When you play a hometown show, you just really try to suck in and appreciate the people that have been supporting you the whole time.
​
​OS Mag: Which song off of Gossip Columns are you looking forward to performing the most on this tour? Why?

Marc: If I had to pick one, I am pretty excited about playing this song called “Black Jeep.” It’s the first track on my album and it's an emotional song, a very, very personal song. It's a chance for me to close my eyes and get lost in my own music and that's always what you strive for on stage.

OS Mag: What was the process like to get to your finalized debut album Gossip Columns? How many songs did you write before arriving at the final product?

Marc: I’ve probably written over 100 songs for the album. I write a lot, every day. I am constantly writing music and songs, poems and ideas. It had a lot to do with business, the timing of it. Working with a major label and getting something out, you have to clear stuff. Everything is on a timetable. It has a lot to due with financial issues. None of that shit is exciting, but it is what it is in the music business. To get an album out, you have to jump through a lot of hoops, but there is a reason for that and timing of everything.

OS Mag: Is there anywhere you go to write for inspiration or any quirks that help you with song writing?

Marc: The trick to songwriting is to let it come to you. I believe that when you are an artist, you are just a vessel. If you are not being filled with inspiration and ideas, you just have to wait for lightning to strike.

OS Mag: How did the remix of “Plot Twist” with Hailee Steinfeld come about?

Marc: She posted on her Instagram that she liked “Plot Twist” and I like her, so I just hit her back. I DMed her on Instagram. I said, ‘Yo, come get on the remix!’ and she was like ‘Are you serious?’ And I was kind of kidding, but I was not really kidding.

OS Mag: What has been your most surreal moment in the music industry so far?

Marc: I performed at Coachella with G-Eazy in front of like 40,000 people, that was pretty insane. I went to Stevie Wonders birthday party one time, sat across the table from him. Couldn’t even talk to him, I was too nervous. That was the only time I have been nervous since I’ve been a celebrity.

OS Mag: Outside of music, how do you enjoy spending your time?

Marc: Living a causal life. I like going to the gym, rewatch The Sopranos, hang out with my girlfriend, play my piano.
​
OS Mag: On Facebook, you have a shower version of “Plot Twist.” When was the last time you actually sang in the shower? Do you remember what you sang?

Marc: When I sing in the shower, I like to sing this song “If It’s Magic” by Stevie Wonder. It’s a really good song! Yeah, I fuck around, I sing whatever in the shower.

OS Mag: What excites you most about making music?

Marc: I have pretty bad ADD so I’ve always appreciated the immediacy of creating music. You get the idea, if you’re in the studio you can put it down, record it, record layers and then just listen to it right there! What other form of art do you get that instant gratification to hear something you are working on and watch it build in front of you? For someone who has a short attention span and has trouble focusing, that is one of the few times that I get fully engaged in anything, when I am making music. So I just look forward to that feeling of like I’m firing on all cylinders.

OS Mag: I have one last question for you, here at Omnisound, we want to know what your spirit animal is and why?

Marc: I don't really know. I am not such an animal person, but I definitely feel a kinship to a golden eagle. I love the idea of soaring a thousand feet up and just having your own little place that is secluded from everything, but still being able to be a part of whatever you want. I’m also a pack animal. I like being with the squad, so I could be a wolf maybe also. Maybe if you morph those two together, you know my last name is Griffin and a griffin is a lion and an eagle. So maybe I’m somewhere in there. A griffin is my spirit animal, there you go! I choose griffin even though it's not real.
​
Interview by Nicole White