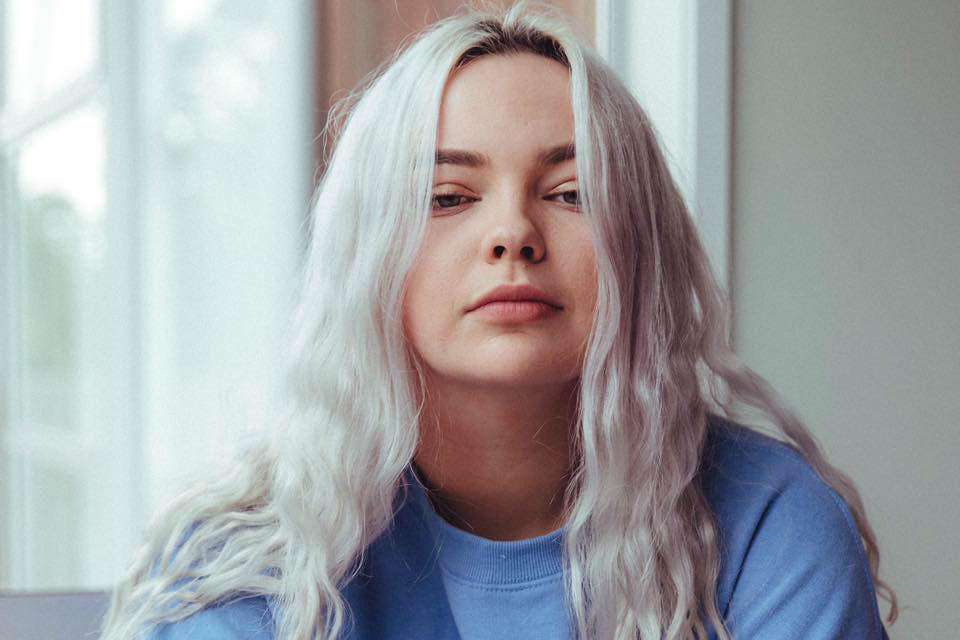 Navvy, a new electro-pop artist is taking New Zealand by storm. Her roots in Auckland, Phoebe Lee Jasper has used her classical and opera music background to develop her sound today. In 2018, has released her 4-song ‘Breakup EP’ and is releasing her second EP ‘No Hard Feelings’ in November, with her single, ‘Mad at You,’ coming out on Friday, Oct. 18.

OS MAG: How did you come up with the name Navvy?

NAVVY: With ‘navy’, I saw the letters written down that way and I liked how they were very straight. But, we figured out quickly that you can’t Google navy without the color coming up or The Navy, so we added the extra ‘v.’
​
OS MAG: We love your ‘Breakup EP’! What was the inspiration behind your lyrics?

NAVVY: I was broken up with in December of last year after I had been with him for 4 years and we lived together in my family home. He told me that he was going to leave; it turned out he cheated on me. So, that’s what it was all about - me going through those emotions and learning how to be okay with it. I wrote 70 songs about this one breakup, but it was good to be able to get my emotions out this way. It’s cathartic to be in a room filled with strangers and just be able to say, ‘This is what happened to me’ and embrace it. It was honestly the best kind of therapy to just be able to sing and dance around a room.”

OS MAG: What can we expect from your second EP ‘No Hard Feelings’?

NAVVY: I felt like I’ve written enough about the breakup and life’s too short to mad about that. We did have 4 amazing years together so I can’t discredit all of that time because of the one bad thing that happened at the end. To me, I had no hard feelings, everything is forgiven, and I don’t need to talk about it anymore. It’s time to move on and for me to write some more uplifting music. There is still a pretty sad song, ‘Scared to be Happy,’ which is about me moving on and how it almost feels wrong to be doing so.

OS MAG: What should fans know in anticipation of your single coming out on Friday?

NAVVY: So for this song, ‘Mad at You’, I went in a room with a writer I had never met before and I talked about what had happened. I said I was not even mad, I was just over it and they were like that’s crazy, how are you not even mad? That’s why I wrote this song, because after I was just not mad about it.

Check it out here: https://linktr.ee/navvy
OS MAG: I understand that you grew up surrounded by classical music and were not a fan of pop music. How did you develop your voice to what it is today?

NAVVY: I always loved Taylor Swift; she’s literally the only pop artist I listened to growing up. It was her storytelling and attention to detail that got my heart. Since I just liked telling stories, my voice came a lot from listening to opera and musicals. Stories are the most important part - melodies and music are still important too - but I want people to hear the story in my music and go away from it being like, ‘I think I know her.’ Also, I look at my music in a different way like I can be the pilot of my own project, decide where I am going and be own boss.

OS MAG: When did you develop a vocal cord infection that made you stop singing opera?

NAVVY: I got nodules on my vocal chords and when I was 12, I took a break for about a year. I spent a lot of time going to the hospital where they put a camera up my nose and down my throat. I started singing about a year after that, but I definitely got a knock to my confidence. Doctors said I would never be a singer because my voice won’t last. Singing was all I ever knew, and part of who I am, so I did not let that stop me.

OS MAG: What paved the way to your electro-pop sound that you have developed for yourself?

NAVVY: I started writing music at university and at first I would only write with ‘real’ instruments and when I was writing pop music I wanted to have drums, strings and a piano part. But then I realized - all music is real music. I started collaborating with other people. The stuff I would listen to was more electronic so I thought like ‘who am I trying to be?’ and kind of gave in to writing music like that. Now, I literally love the music I make. Like, I am my biggest fan.

OS MAG: What excites you the most about making music?

NAVVY: Definitely the most exciting part is reaching out to people I necessarily wouldn’t have. The Ennegream test says I am Type Two which is The Helper. I always want to make sure people are happy and comfortable. While I am sitting in my room in New Zealand, someone from Switzerland can message me and say that my music has helped them. I love that my music is a vehicle that can help people. I feel very lucky that I can do this from my bedroom and reach thousands of people.

NAVVY: I go skating, skateboarding with pals. That’s a nice way to get fresh air and hang out. But most of the time, I spend making music. If we are hanging out, we somehow end up writing a song. But, I try to get fresh air, go to the gym everyday and move around as much as possible. Being a musician can be a very still life. You are in studios with no light everyday. I also hang out with baby niece everyday. She’s 18-months-old and the light of my life. I even hand embroidered a Navvy jumper for her to wear.

NAVVY: At this point, I am on the edge of my seat for what life will look like. If you told me at this time last year that my life would look like this - like I am going to London soon to play a show - I would have called you absolutely crazy. I am definitely comfortable with the unknown, it doesn’t stress me out. I hope to make as much music as possible, just write stuff that I generally love, and make friends along the way. Meeting people in the New Zealand music industry is epic and I am excited to maybe branch out or go overseas.

NAVVY: Immediately, I thought sloth and I don’t know why but that leaped into my head. I do love sleeping, I’m a big napper so that’s probably the most genuine, straight answer I can give. Also they are very cute.

Interview has been edited for clarity.
Interview by Naba Ahmed ​