Interview: Pearl and the Beard 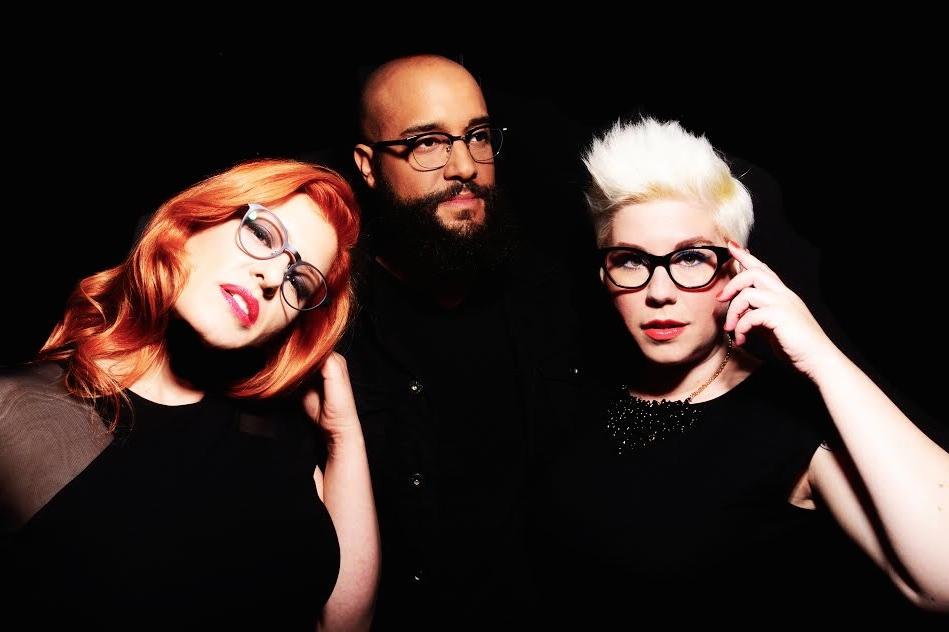 The eclectic, indie folk style of Emily Hope Price, Jocelyn Mackenzie and Jeremy Styles has culminated in Beast, their final album consisting of their farewell notes. Not only does each member of the band deliver their music vocally, but each play their own instrument. Pearl and the Beard have toured all over with artists like Matt & Kim, Ingrid Michaelson, Lucius, Laura Marling, Avan Lava, and The Drums but will return to their roots in New York for their final show. It will take place Thursday, November 19th at Bowery Ballroom in New York, New York. This will be the last chance to see Pearl the Beard live; don’t miss out on this chance!

OS MAG: You released your third full length album Beast. How far do you think you have come since your first album?

EMILY: I think everyone has the potential to grow with each project they complete. I think an artist goes as far as they allow themselves to – if your mind is open to ideas and willing to collaborate more and more with different kinds of people, you learn more you experiment differently you become a different person only as an artist but as a human. A measurement for that kind of growth is really hard to put into words.

OS MAG:You definitely have an eclectic and unique sound. What influences your music?

EMILY: We are influenced by friends we love, by music we listen to, by movies and television shows we watch, and books we read. The influences never end and there are no limitations!

OS MAG: Not only do you all play instruments but you all sing as well. Do you prefer singing or playing an instrument?

EMILY: I think each one of us would answer that differently. Jocelyn actually learned how to play her instruments while in the band, but she considered herself pretty much only a singer before joining the band. But now she is a full fledged instrumentalist and vocalist! Emily love singing and playing – and since growing up being mainly a instrumentalist, singing is a huge outlet of expression and welcomed variable to that expression musically. It's hard to pick just one!

OS MAG: You are known for your indie sounds inspired by Bon Iver, Radiohead, Kimbra, Neko Case, and 1980s pop music. So, what kind of sound can we expect on Beast?

EMILY: Oh, man, we feel like the answer is in your question! Take a listen! It's out! ;)

OS MAG: I understand that you met at an Open Mic night. How did that translate into you becoming a band?

OS MAG: How do you find inspiration for your other songs?

EMILY: The song river was inspired by a news story about a woman who drowned in her wedding dress in a river. It then took on a much more personal meaning, but that's where the metaphor came from. Inspiration comes at you in many forms.  Inspiration in and of itself is an unpredictable art form.

OS MAG:  You started out in Brooklyn and now you have been on tour with Ani DiFranco and Wild Child. Can you assess how far you have come?

EMILY: How does anyone assess how far they've come from anywhere? I guess it comes down to what your own goals and markers are in your life. It's a difficult question to answer because I could answer it coming from my own personal and private goals or answer you purely on an industry level. Either way I think there is still a constant striving for something better and something more - even if the outcomes or intents differ. I mean, "can we assess how far we've come"? I'm not sure.

OS MAG: After 8 years, Pearl and the Beard will disband in November 2015 at Farewell concert in New York. What is your favorite memory from your time together?

EMILY: One of the stand out memories is the time we were in Chicago on tour and Jeremy ended up sleepwalking into some stranger's apartment and got arrested by the police. He was quickly released when they discovered what actually happened, but it's quite a memory.

OS MAG: Now that you are planning on going your separate ways, what is in store for the future?

EMILY: More adventure! More music! All doors are open! The world is our oyster.

EMILY: Spirit animal? For the whole band? Mermaids with a penchant for the handsome bearded sailor. Of course.