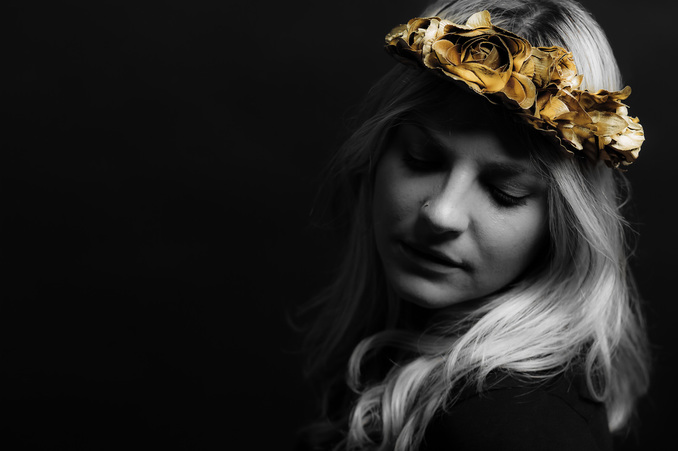 Omnisound Magazine got the chance to speak to pop singer-songwriter ROZES on Friday Oct. 14, the day her debut music video premiered for her newest song “Under the Grave.” Known for her feature on The Chainsmokers’ hit track “Roses,” ROZES has become a vocal sensation. She has also been featured on other hits including Big Gigantic’s “All of Me” and Just A Gent’s “Limelight.” Check out what ROZES had to say about her emotional new song, being a woman in the music industry, and crocheting Christmas scarves.

​OS MAG: Your newest single “Under the Grave” has been doing extremely well in the last couple of weeks since it was released, racking up over 2 million plays on Spotify so far. How does it feel to have a song that has been so successful?

ROZES: It's definitely very rewarding because I remember doing a phone interview with someone about a year ago asking me what my goal was for the next year and I was like I would really like my own song to be taking off, like my solo career, in regards to coming off of The Chainsmokers’ track. It’s been really awesome to see that I am achieving that goal and so quickly, especially since I just released the song and it's already at over 2 million plays. Its insane because I remember refreshing my SoundCloud link and being happy with 100 or 1000, so it's kind of surreal for me.

OS MAG: On Facebook you wrote that “Under the Grave” is your favorite song that you have written to date. What is the backstory behind the emotionally loaded song?

ROZES: So the backstory behind it... I was still getting adjusted to this life, as are so many, and I was just really busy and out in LA and something happened back home with my friends. I ended up getting into a car accident and I didn't react the way I should have. I wasn’t there for them when they really needed me to be there for them because I think I was so, I don't want to say self-absorbed, but I actually kind of was because I was still trying to readjust myself and my emotions; everything was kind of out of whack at the moment. They called me out on it and the next day I had a session and that was still in my head, that I needed to give this apology and the fact that I wasn’t who I am in that moment and we all react differently to certain things, especially things that happen so suddenly. It was me questioning myself. When did I stop feeling? At what point did I become essentially dead inside? It's really just my open apology to my friends.

OS MAG: Omnisound loves your new music video for “Under the Grave” that premiered today! What was the process of making the music video like and did anything unexpected happen on set?

ROZES: I don't think anything really unexpected happened, it was just a long process. The music video is chopped into three different personalities so the process took longer than usual because I wanted to portray three different reactions to things. In one screen I am reacting emotionally, in another screen I’m using my arms a lot and reacting physically, and in another screen I’m almost numb. I really wanted to portray the fact that there are all different ways to react to something and not one of them is necessarily right.
​
​OS MAG: Many people are familiar with you from your feature on the hit song “Roses” by The Chainsmokers, but what a lot of people might not know is that you wrote the song. I’ve noticed you promote women empowerment on social media and you’ve used hashtags on instagram such as #ROZESwroteROSES and #DontForgetTheGirls. What challenges have you faced being a woman in the music industry?

ROZES: Being a woman in the industry is definitely one of the hardest things. I feel sometimes like I could be a lot farther along in my career if I were just best buds with somebody. I mean take it that the music industry is basically run by men, they are all men at the top of each label, at the top of most of the radio stations. It's hard to get in as a girl when as an artist you are looked at by what you look like, how much you weigh, what you wear, how you sing to your audience, that kind of thing. Whereas when you’re a guy it's easy for people to just think about the music. I don't want to knock on males in the industry because I think that some truly do belong in the limelight and truly have worked really hard to get up to where they are now, but I think in a lot of ways that I could be farther along. It's kind of weird because I always think about it like when you hear of a girl that likes to sing it's always like ‘Oh yeah! I like to sing too!’ But when you hear of a guy singing you’re like ‘Wow that’s really cool you sing!’ It's kind of like that double standard where like yeah every girl can sing, but not every guy can sing kind of thing.

OS MAG: How and when did you first become interested in pursuing a career in music? Was there a specific moment when you decided that singing and songwriting was what you wanted to do?

ROZES: I don't think I had a specific moment, but I was always doing my high school talent shows and I always did a song I wrote. I don't know what inspired me to do that and why I wasn’t freaking out because I am an insecure person sometimes. Like how I just got up there and sang a song I wrote is completely out of mind to me, but I think that's when I started realizing that this is something that I really loved doing and something that I can make a career because people are like ‘wow those songs are good and I can't believe you wrote that’ kind of a thing. I kinda started realizing that it was more than just a hobby. I started skipping class to go write with The Chainsmokers, so to me I was like I guess this should show me something.

OS MAG: What do you like to do in your free time outside of music? I noticed online that you have some pictures that you surf as well?

ROZES: Yeah! I just got a new surfboard over the summer. I always grew up going to the beach. My brothers taught me how to surf and I love hanging out with them. I love doing yoga, and this is so weird, but I love crocheting. I literally crochet my friends scarves every year for Christmas.
​ 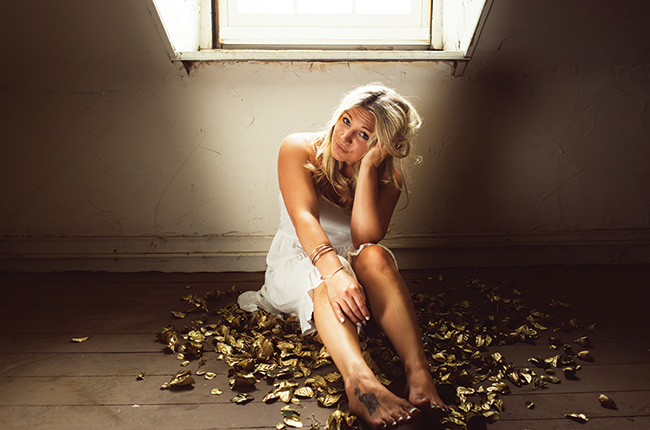 ​OS MAG: What has been your most surreal moment in the music industry?

ROZES: I think probably meeting Usher at Coachella. It’s hard to explain because I was coming off stage and someone was like ‘Miss, Usher would like to say something to you.’ I was like ‘What, who’s Usher?’ Like I didn’t even register that it was Usher. He was just like ‘Yeah, I just wanted to say you did a great job.’ I was like I cannot believe Usher is standing here telling me this right now, like I literally could not process anything.
​
OS MAG: I was out photographing The Chainsmokers show in LA last November where you and Justin Bieber made guest appearances. I really enjoyed that show and it was awesome to see you on stage to perform “Roses” live! What has it been like to work and perform with major names in music industry?

ROZES: It's been great! When I worked with The Chainsmokers, they didn't make me feel like they were these celebrities, they just felt like friends that I was hanging out with. It's been so amazing to work with all these people who are so experienced in the industry, like producers and such that have worked with some of my favorite artists. Sometimes they will say, ‘Oh, you remind me of so and so.’ To me, it's just like they are telling me that I remind them of this person and that person is like my idol. Like Sia for example. I wrote “Under the Grave” with one of Sia’s producers and she said ‘you know you remind me of Sia, how emotional you are’ and things like that. I think that is the highest compliment anybody could ever give me.

OS MAG: What can we expect next from ROZES? Any new music or tour plans coming up?

ROZES: I am doing a couple of tour dates with Gryffin. I do plan to do extensive touring in 2017 although we don’t have any specific details to that yet. Definitely touring and releasing a lot of new music.

ROZES: I want to say my spirit animal is an elephant. One, because it's my favorite animal, but that's not why I think it is my spirit animal. I think it is my spirit animal because they are known to have the longest memory and the biggest hearts. I think that that is something that goes along with me because I hold on to things. I think that is why I am a songwriter, because there are just some things I can't let go, there are some scabs I will just keep picking at. Also, a big heart for a family kind of thing, that is something that is home to me. Elephants travel with their family and raise their young and things like that. It's just something that obviously I love, my family sticking together and how much it means to me. I’m an elephant I guess!