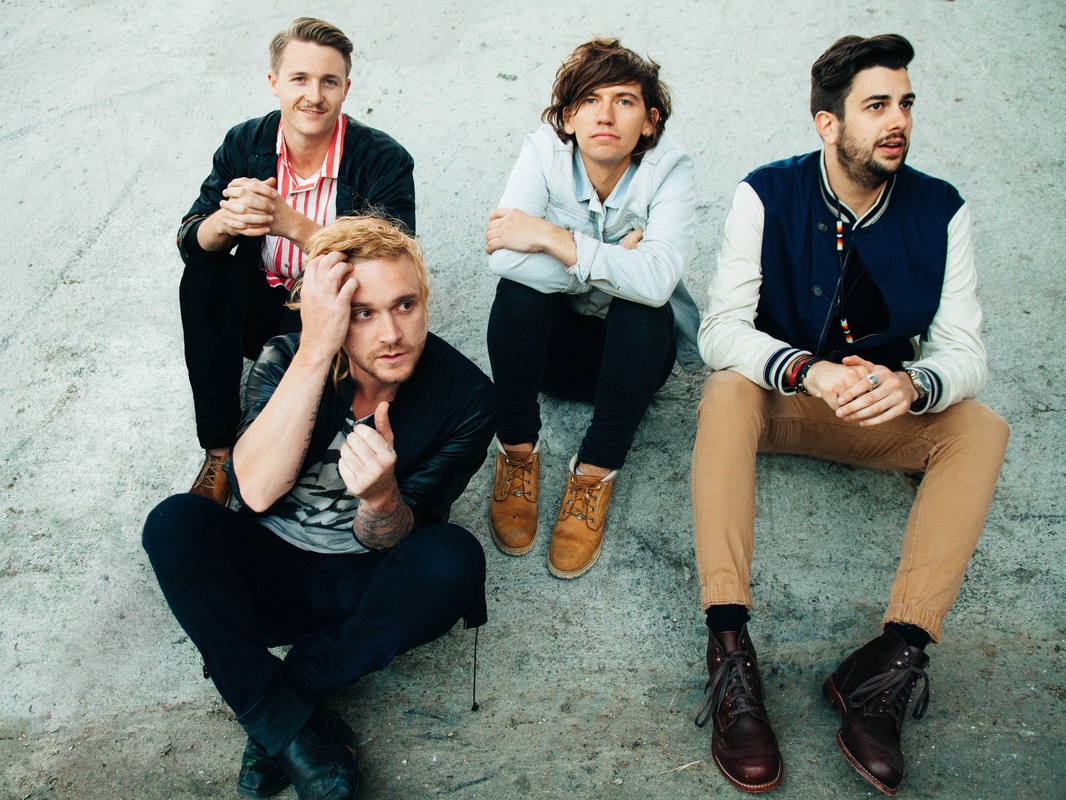 Rising Aussie band The Griswolds took some time off their tour to answer some questions for us! Keep an eye out to catch them on tour scheduled through the end of this November. Expect the venue to be a party, they have a stage presence that will get the crowd bouncing for the entire set. Their album Be Impressive is nothing short of impressive, and has definitely been a part of our summer soundtrack!

OS MAG: Your debut album Be Impressive has a very distinct sound. How would you describe it?

OS MAG: Although you have toured the U.S. in the past supporting bands such as Walk the Moon earlier this year, you are currently on your first North American headlining tour. How has headlining been different than touring as an opening band for another act?

GRISWOLDS: There's a lot more pressure doing your own tour because people are all buying tickets to see you so there's a risk that no one will come, but the reward is worth all that risk, especially as all the shows have been selling out. It's the coolest feeling having a huge crowd of people singing all your songs back at you!

OS MAG: Before you began to travel the world to perform your music, you toured Australia, your home country, a lot with other famous Australian bands such as San Cisco and Last Dinosaurs. After spending so much time playing in front of Australian audiences, what was the transition like moving to American audiences? Was there anything about performing internationally that surprised you?

GRISWOLDS: The audiences are similar, the biggest difference is to do with geography I guess, Australia is so spread out, you do a tour and play the 5 major markets and it lasts 2 weeks, over here you can tour endlessly playing a different city every day, it's insane, but so much fun.

OS MAG: Between playing shows and writing new songs, what are some of your favorite activities outside of music?

GRISWOLDS: When the band has days off, we often go to the beach or play frisbee or soccer.

OS MAG: I heard that you guys tried to isolate yourselves in a cabin outside of Sydney to write music for your debut album, but it didn’t go so well; however, ideas started flowing when you guys got to the studio in New York. Are you planning to change your writing process for future songs? If so, how?

GRISWOLDS: I think this time we will do the same thing, but we won't bring the Xbox. I'd say we will be doing all the writing in Australia this time around do we can stay close to family.

OS MAG: How old were you when you knew you wanted to be a musician for a living? Was there any event or turning point that indicated this?

GRISWOLDS: I was 12, I worshipped my older brother and he played guitar, I just wanted to be him.

OS MAG: Before coming back to the U.S. this fall to perform with Andrew McMahon in the Wilderness and New Politics, you will be returning home to Australia for a short run with Passion Pit. What do you look forward to the most when you are at home?

GRISWOLDS: Nick Petricca from Walk the Moon is my spirit animal, not sure why, but he just is:)