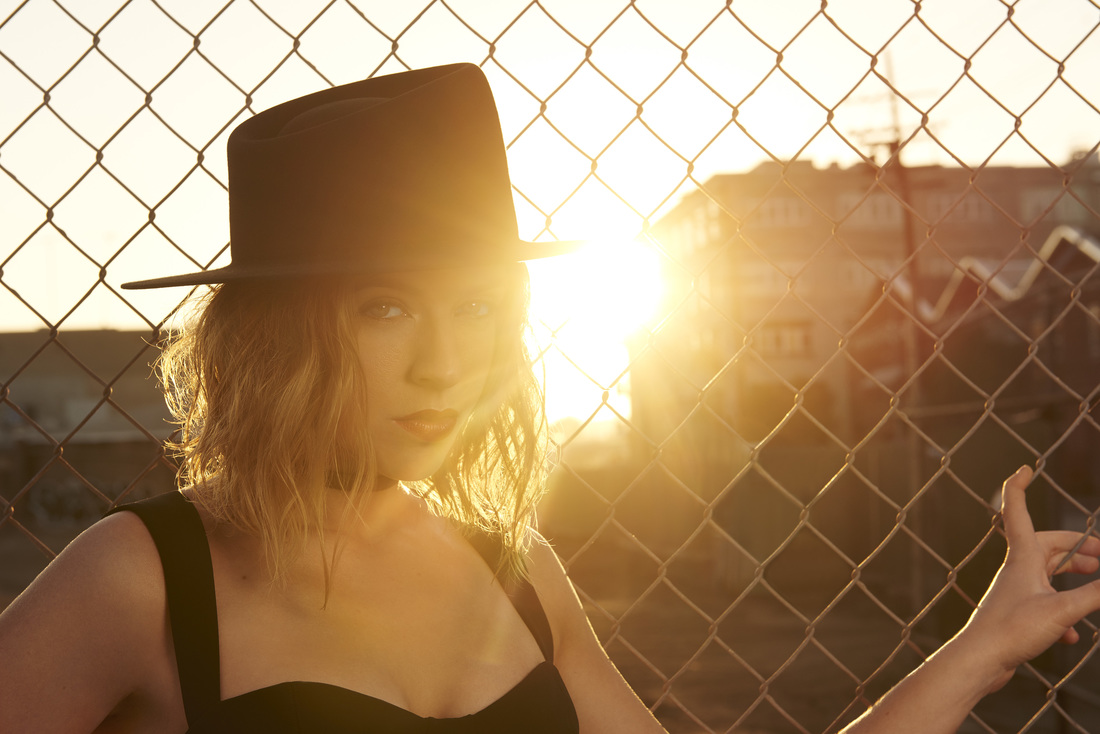 ZZ Ward is at it again. After touring for three years straight on her debut album Til the Casket Drops, she has recorded her second record This Means War which is now available for pre-order. ZZ has collaborated with major artists like Kendrick Lamar, and even toured with the legendary Eric Clapton. She has made a name for herself with her unique sound where blues meets hip-hop. Catch ZZ Ward on her Love and War Tour through mid-October.

ZZ WARD: I never know! I never know what my favorite stop is going to be because it really depends on that particular show and that city. We played at cities before where we least expected them to go crazy and just be a fun crowd. It really depends on the energy people bring to the show. We love playing, me and my band. Meeting my fans is what gets me through these long tours, finding out what these songs mean to them.

OS MAG: We plan to see your show in San Francisco at the Fillmore on October 11, do you have any plans for when you visit the city?

ZZ WARD: San Francisco has definitely grown on me, it’s a beautiful city. I love the energy there and the food there. There is some truffle popcorn, I can’t remember where it is, but I’m definitely going to try to get that again. I’ve also had some of the best Chinese food I’ve ever had in San Francisco. So I’m very excited to come to you!

OS MAG: How does the sound of This Means War differ from your previous album Til the Casket Drops?

ZZ WARD: It's really interesting because I was on the road for almost three years, I was moving so fast. Til the Casket Drops was about the times in my life that I was heartbroken and had a lot of internal struggles going on. When I got on the road it was like we were moving so fast, when it came to making the second album, I had to kinda slow down for a second once I got home after constantly touring for three years, and be like, 'Gee, where am I at in my life? What do I want to talk about right now?' I started to quickly realize that I was still the same person, just in a different situation in my life. I still have all of these internal conflicts going on within myself. Now I was in a relationship, so it was literally so eye opening to me like wow, I have so much stuff to talk about because I have so many feelings going on inside about doubts in my life and things like that, now that I was just in a different situation. So for me I almost feel like working on my second album was just going deeper into my artistry than the first album. I felt more free to be vulnerable and really let my stories out and also go further into the blues sound, further into hip-hop sound. I feel like I’ve gone further into my artistry than I’ve ever gone before on previous music.

OS MAG: I’ve heard that it only took seven months to write and produce your new album. That seems like a relatively fast turn around. Do you have a typical songwriting process? How many songs did you go through before you narrowed it down to the 10 tracks that collectively make This Means War?

ZZ WARD: It was about seven months, but it's interesting because once you start to go to that place where you can really write and express yourself about what is going on in your life, time kinda becomes irrelevant. And it really did. It took me a second to start writing again, but when I did I had so much I wanted to say and so much I wanted to talk about and so many feelings going on within inside of myself. It consumed me. All I was doing was writing and putting the songs together and being creative. It really just came very naturally. I think maybe probably wrote fifteen, twenty songs and narrowed it down to like ten.
OS MAG: What new song are you looking forward to performing the most on your tour?

ZZ WARD: All the songs on the EP, there will be four songs: 'Lonely,’ ‘Marry Well,’ ‘Rescue’ and ‘LOVE 3X.’ You know, I’m not sure what I’m looking forward to playing the most, it's tricky because now that people have heard ‘LOVE 3X,’ it's kinda become quite the sing-along. I’m pretty excited to go and have people shouting out those lyrics with me. So that will probably be my first one that I’m excited to share with people. Also, it’s so fun playing new music because you know some of these songs, like we played ‘Marry Well’ out before and people have been singing along with me and I don’t even know how they are singing along with me, because the song isn’t even out yet!

OS MAG: The LOVE 3X Remix EP came out about two weeks ago. Do you have a favorite version on that EP of your song?

ZZ WARD: I don’t know, I like so many of them really. The remixes are such a fun way to have a different artist get a hold of your song and interpret it a different way than you would have and see what they do with it creatively and how it hits them. How they want the story to be told. So it’s interesting to hear the different remixes, I’ve always really enjoyed remixes of my music, I think it’s something fun that you can do. I can’t say I like one more than the other though.

OS MAG: When was the last time you sang in the shower?

OS MAG: Do you remember what you sang?

ZZ WARD: Yeah, Etta James ‘Sunday Kind Of Love.’ The shower is always the best place because you’ve got that natural reverb to warm up your voice.

ZZ Ward: This morning I’d pick a sloth because I feel like my day is moving very, very slowly today. So I’d say my spirit animal today is a sloth.