Review: Andy Grammer Takes The Fillmore for the First Time 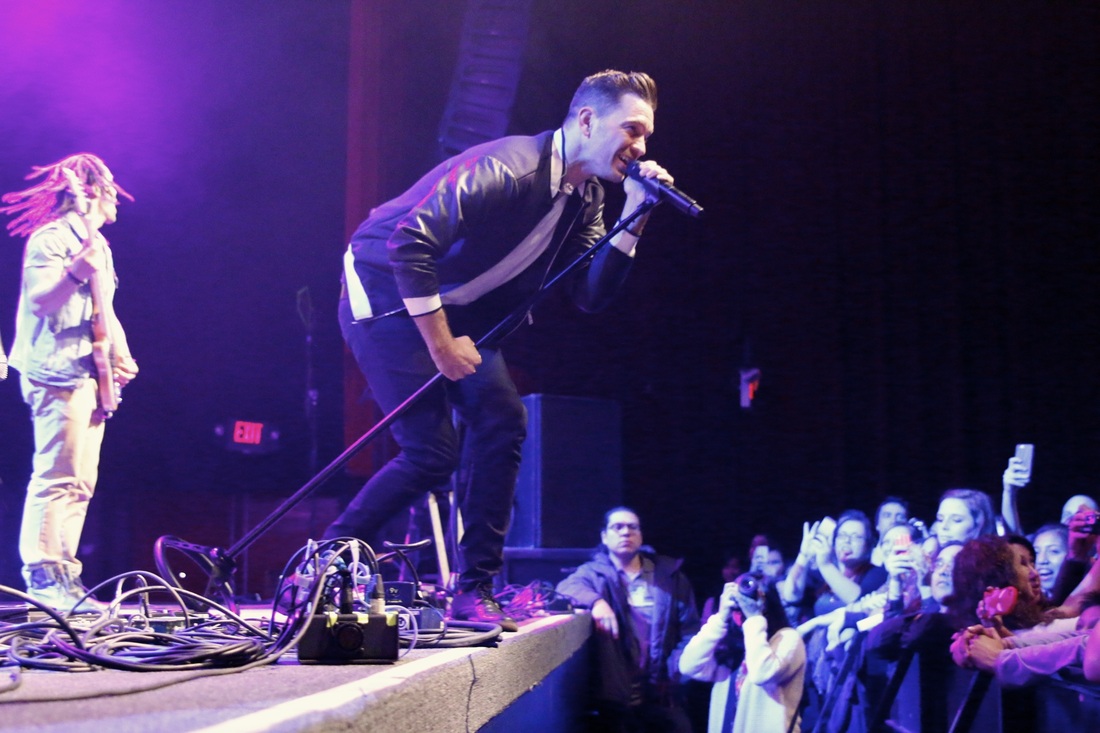 Andy Grammer
"This is a jam for all of the women in the audience. In general, you all just take too long to get ready. So I guess it's really for the men."

Rachel Platten, Paradise Fears, and Alex & Sierra open for Andy Grammer at The Fillmore in San Francisco, CA for the third stop of their tour on 2/26/15. Although the crowd didn't really know who Rachel Platten was at the beginning of her set, by the end of her set, she had won the crowd over as she belted out both originals and covers, including "Thinking Out Loud" by Ed Sheeran, with her extremely pure voice. Before her last song of the night, Andy Grammer came out and hugged Rachel while saying, "This is Rachel, she's like my little sister. You guys are going to hear this song on the radio. And she was just signed by Colombia Records!" Paradise Fears came out next and singer Sam Miller carried the set with his lively nature, jumping all over the stage as he sang. Miller stood on the barrier and recorded a fan, Jill, say her name and then put her voice looping to the song which the crowd loved. Next power couple Alex & Sierra, the winners of the third season of The X Factor USA, performed an amazing, adorable set. There was a cute interplay and vibe between the duo and fans yelled, "We love you mom and dad!" After an already long night of great music, Andy Grammer finally came out and killed it. The crowd absolutely loved him and danced to every song. The Fillmore was a party. Before playing "The Pocket" without the support of his band, Grammer said, "I played this song when I was a street performer. I hoped people would stop and give me a dollar. And now I'm here in San Francisco playing this for all of you!" Despite being on the stage solo, this man had the power to rock the whole venue. Grammer ended his set by expressing his gratitude: "Form the bottom of my heart, thank you all for coming."
View Full Photo Gallery