Review: Belle and Sebastian on Tour for 9th Album Release 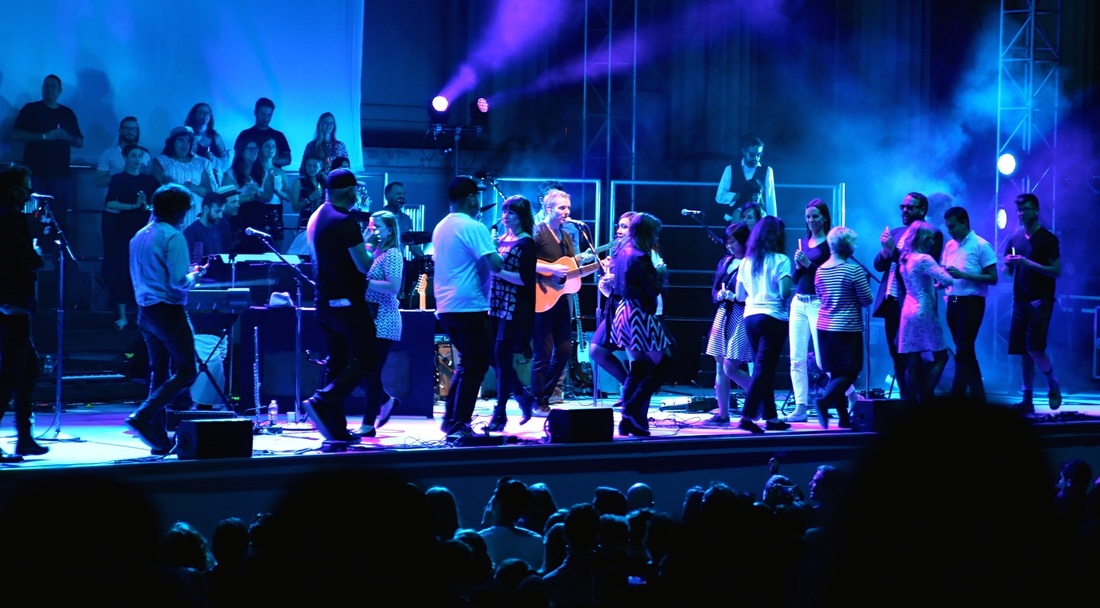 Belle and Sebastian
"Berzerkeley... What a wonderful city! Fuck Coachella."

Perfume Genius and Real Estate opened for Belle and Sebastian at the Greek Theatre in Berkeley, CA on 4/12/15. The venue provided a chill hipster vibe for the Bay Area concert lovers that didn't make it down to Coachella this weekend. It was an early show, doors opening at 5pm, and the sun set behind the stage as the three acts performed, giving off a beautiful yellow glow. Perfume Genius put on a high energy, dynamic set despite the ridicule singer-songwriter Mike Hadreas received from some of the crowd that came to see the headliner about his outfit consisting of high heels and fishnets. Real Estate got the crowd going throughout their performance and before the last song they said, "Let's throw a party during this song!" Belle and Sebastian came on stage with more people than just the normal band... Front man Stuart Murdoch explained, "We are all friends, but these are the 50 friends that replied to our Facebook message." These 50 people got the opportunity to dance on stage during the band's set and created a unique visual. Surely, the fans had the time of their lives up there! With 9 albums under their belt, Belle and Sebastian played all the hits as well as promoted music from their newest record. The band will be headed back down to Indio to play the second weekend of Coachella this week before starting their UK tour in May.
View Full Photo Gallery