Review: Ben Howard's I Forget Where We Were Tour 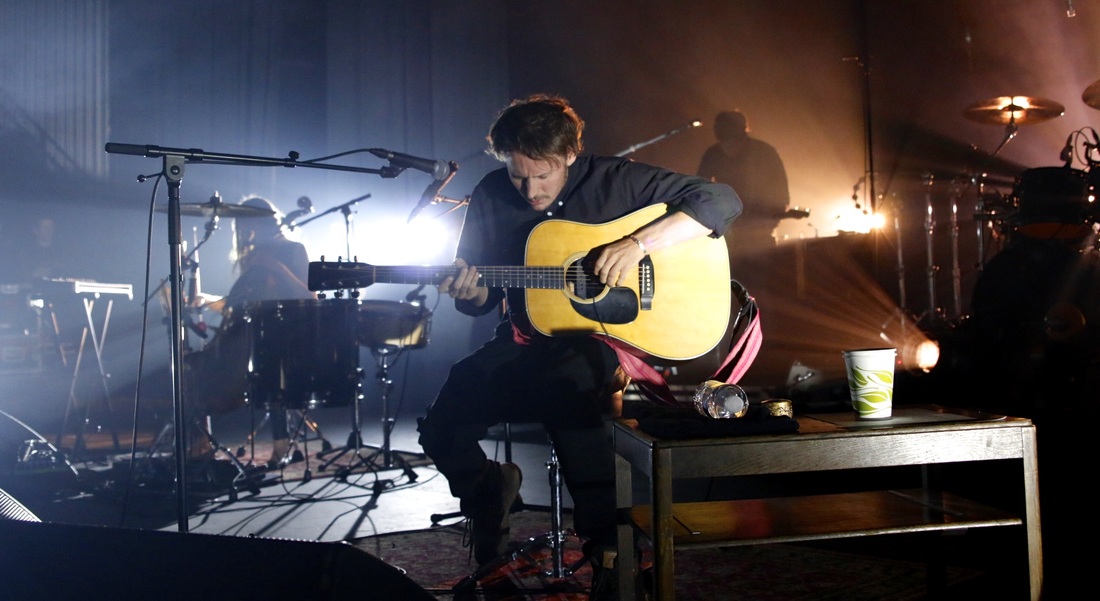 English singer-songwriter Ben Howard performed at The Fox Theatre in Oakland, CA on his I Forget Where We Were Tour with support from Willy Mason on 2/11/15. The show, overall, was very well organized and seamless. Ben Howard and the band are all fantastic musicians and the music sounded just as good, if not better, than their records. They played songs from both Every Kingdom and I Forget Where We Were, with an emphasis on the latter. One of the best songs they played was "Black Flies." The song started off mellow, acoustic, and slow with just an acoustic guitar and ambient viola. Slowly, the song built into a whole-hearted and emotional jam. The lights flashed and strobed all around, the stage went up in smoke, and Howard poured his heart into the guitar and his voice. The band rose together for the build and then at the last note, the stage went black and the crowd erupted. Ben Howard has 2015 booked as he will continue on to perform at three festivals and to tour through Australia, the UK, and Ireland.
View Full Photo Gallery