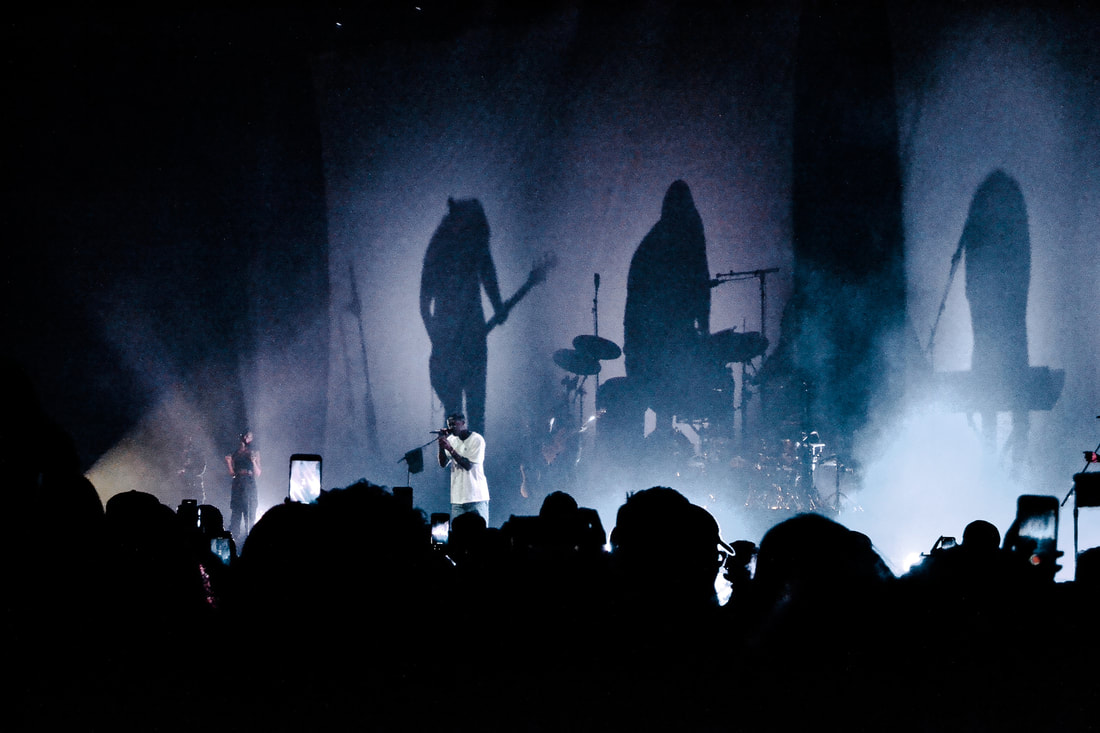 Almost all 6300 seats in the Shrine Auditorium were filled in Los Angeles, CA on Tuesday night, Aug. 27th, in anticipation to see Daniel Caesar and Koffee perform.

After ordering hot coffee instead of a cold drink on a hot day, Mikayla Simpson was bestowed the “Koffee” nickname and ran with it into her musical career.

While she offered a relaxed presence on stage, her strong vocals carried throughout the space during each song. Joined by her backup singer and guitarist, Koffee began her set. For each song during her performance, a different colored light flooded the stage to reflect the mood.

After Koffee’s set, the crowd eagerly waiting for Daniel Caesar to start his set. Two white backdrops were set up to separate the band and Daniel, which also served as a screen to showcase graphics and videos.

The lights dimmed and Daniel’s picture immediately flashed on the screen - Case Study 2019 SR in red and Case Study SL in blue to reflect his most recent album, Case Study 01 which was released in late June 2019.

Then the auditorium went black with only the opening lines of “Entropy” appearing on the two screens in bright red lettering in all caps. Caesar sampled American theoretical physicist J. Robert Oppenheimer who designed and researched the world’s first atomic bomb. Caesar took Openheimer’s quote about the Hindu deity Vishnu being the “destroyer of worlds”:

“The Bhagavad-Gita Vishnu was trying to convince the prince”
“That, he should do his duty”
“And, to impress him, takes on his multi-armed form”
“Now, I am become death, the destroyer of worlds” 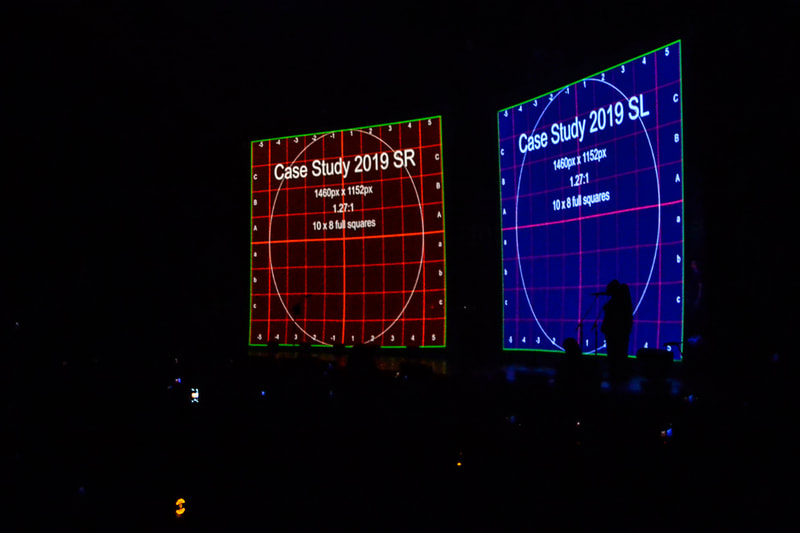 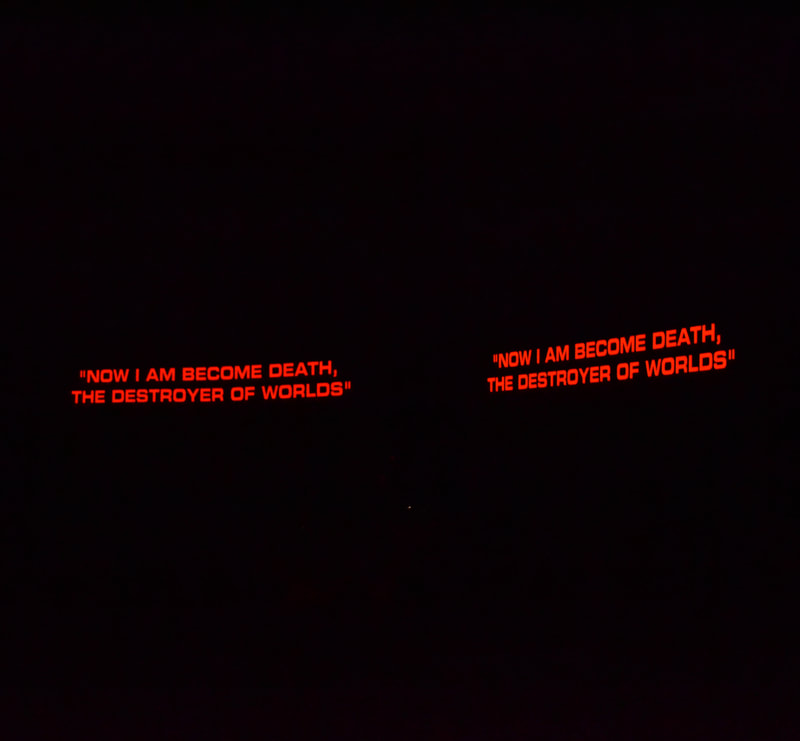 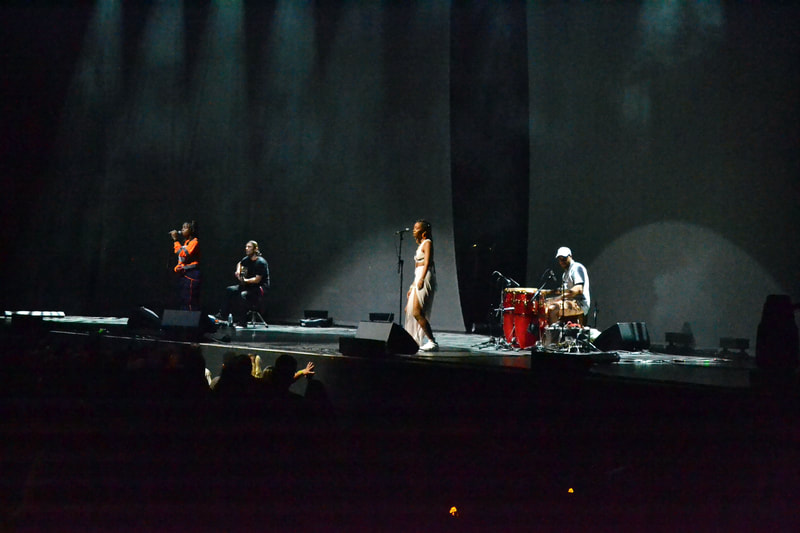 Daniel Caesar
The Toronto singer immediately started singing “Cyanide”, the second song off the newest album. Images of Caesar in a space suit flashed on the backdrop, lighting up Caesar up with blue and red as he moved across the stage. As he segued into “Love Again”, the graphics disappeared from the screen to reveal the band with their shadows reflecting on the backdrop. Before diving into the rest of his set, Caesar paused to give a warm welcome to his second LA crowd. He had performed at the Greek Theatre the previous night.

The whole concert was reflective of the scientific metaphors he implored on Case Study 01, not just through his vocals, but also evident in the images and graphics that appeared on the screen. Despite his lyrics showcasing that Caesar’s existential dread and uncertainty of the future, his strong vocals were full of confidence and self-assuredness.

Caesar vibed with the crowd and got them to interact with him between songs. He announced that he had never done this before, and then yelled “Left side are you with me?”, followed by “Right side are you with me?”, and then “What about the top?”. Using the enthusiastic response from the crowd, Caesar kept the energy high with “Restore the Feeling”.

During “Get You” featuring Kali Uchis - she didn’t show up in person - but a video of her dancing was projected on the screen while Caesar sang the love ballad, reminiscent of the music we have seen from him in previous albums.

The concert took a more somber tone as the opening chords of “Violet” began. The spotlight was directly on Caesar, making it seem like he was singing directly to you.  When the song crescendoed with the final “You’re my violet in the sun” lyric, the spotlight was removed and the band was revealed again.

Caesar was joined during his set by four backup singers - two flanked him on each side of the stage. For “Too Deep to Turn Back”, they all joined him in the middle of the stage forming a half circle around him. In addition, a video of his backup singers appeared on the screens, back-to-back, singing each melodic lyric. It was a powerful and beautiful rendition of the song.

He ended the show with fan favorites - “Best Part”, “Blessed” and “Superposition” - that had the crowd up on their feet singing along. He came back and finished out with “Japanese Denim” before closing out the show. ​​ 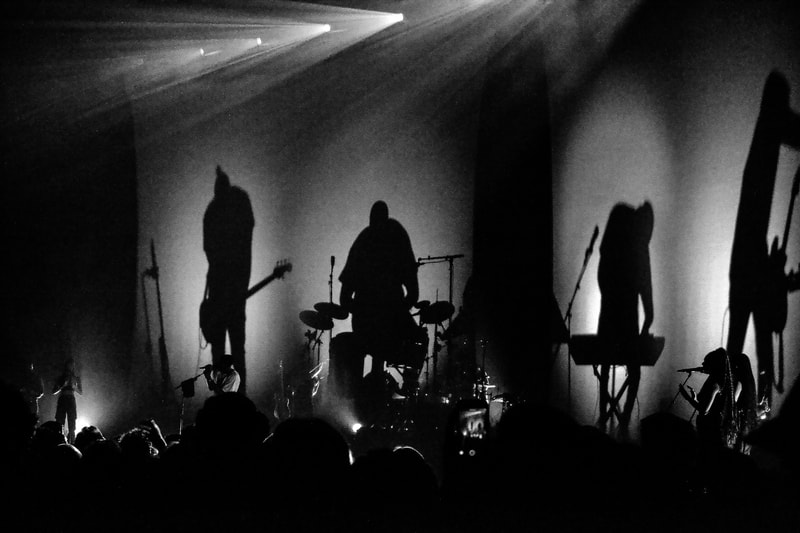 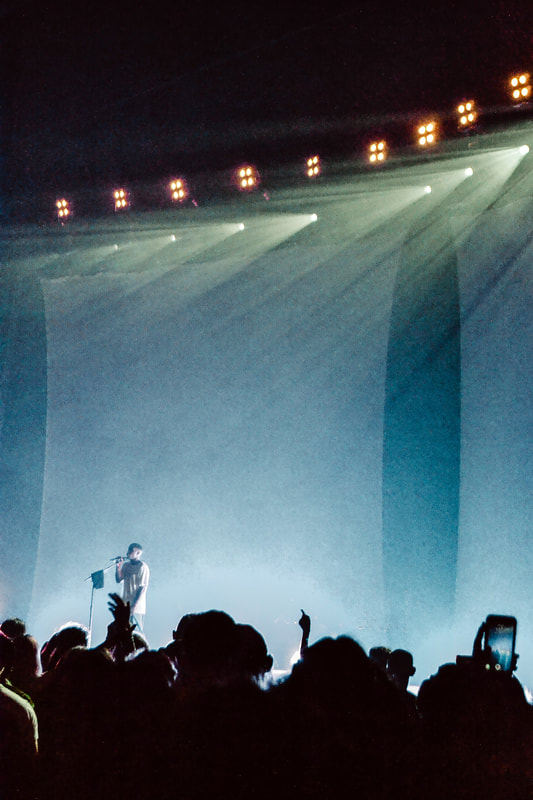 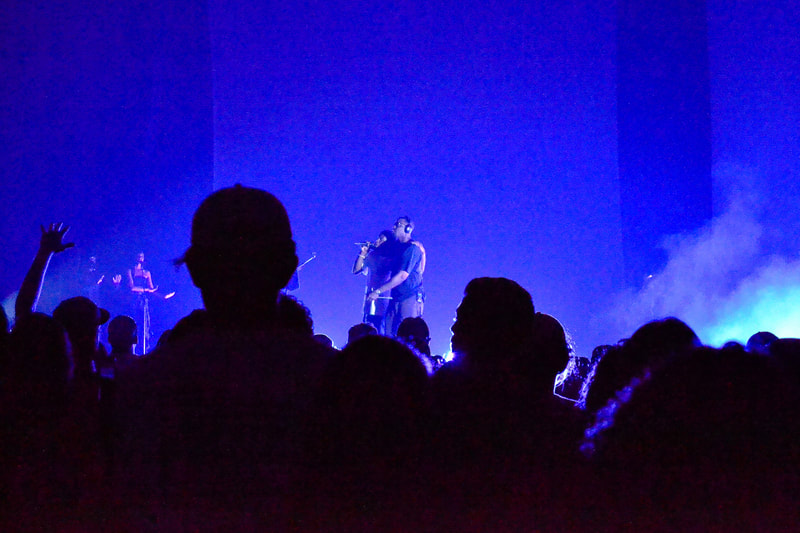