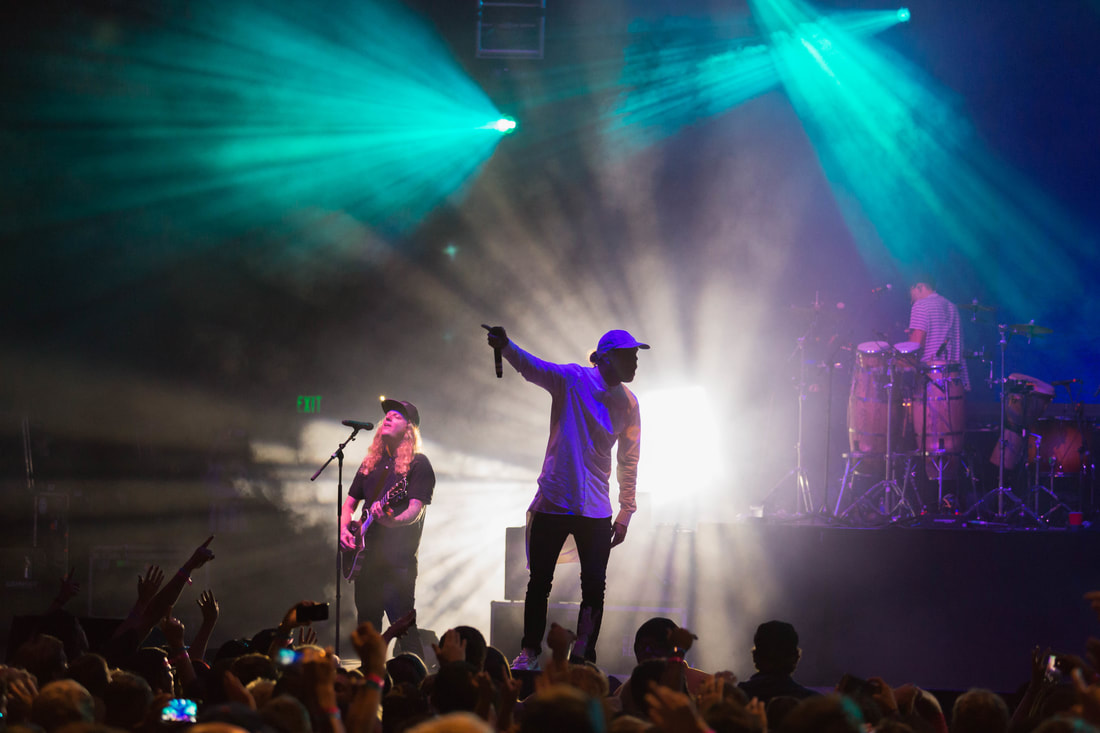 RDGLDGRN, The Green and SOJA opened for Dirty Heads at the Santa Barbara Bowl on July 13, 2017.

Sun still blazing down on the stage at the Santa Barbara Bowl, RDGLDGRN kicked the show off and kept the crowd guessing what was coming next as they covered songs ranging from the Lion King’s “In the Jungle” to songs by Bob Marley, Tupac, Notorious B.I.G. and A Tribe Called Quest. Frontman Green (Pierre Desrosiers) spent some time out on the floor having the east and west sides of the venue competing over songs. Based out of Reston, Virginia, their group and SOJA from Arlington, Virginia fit right in on the West Coast with SoCal locals Dirty Heads and Hawaiian natives the Green.

The Green kept up with the pace as the six-person band brought in a new vibe with their mix of roots reggae and some traditional Hawaiian influences. Plenty of shaka's were thrown around throughout the set as people got into the swing of things.

SOJA came out next rocking the audience with unreleased and recently released material. They also brought the first two bands out on stage with them. While it was crowded, it was dark out and the on-stage lights shining on them made for quite an epic scene. There was plenty of Bobby Lee Jefferson’s signature headbanging with his incredibly long dreads flying around, as seen stenciled on his bass amp.

Once the massive amounts of gear from the other three bands had been cleared off, Jared "Dirty J" Watson and Dustin "Duddy B" Bushnell had all the room they needed to be out and jumping around, starting as soon as they took the stage. Dirty Heads opened up their set with “Franco Eyed” and it had a bone rattling amount of bass, especially from right in front of the stage. They also brought out a few guys from the previous bands towards the end of the set including vocalist Green from RDGLDGRN to hop up on the riser behind the drums and jam out.

All the groups had solid performances that fit in with the summer reggae theme that the Santa Barbara Bowl has lined up. The reggae will continue Sunday, July 23 with Slightly Stoopid, a band who toured with Dirty Heads and played at the venue two years ago.
​
View Full Photo Gallery