Photos by Jessica Franco and Review by Gianna Prainito
August 21, 2018
​
Scatter Their Own and Nahko and Medicine for the People opened for Dispatch on Tuesday, August 21 at the Fox Theater in Oakland.

Scatter Their Own took the stage first and started the show off with a mellow, introspective vibe playing “Cry for Vision.” As they continued into the second song, the crowd started moving with a more upbeat sound. Lead singer Scotti Clifford paused to introduce the band and the crowd lit up as he said, “This is my 16-year-old daughter to my left and my 19-year-old son to my right.” There was a lot of energy in the audience as Scatter Their Own ended the set.

The lights dimmed and the excitement grew as the crowd waited in darkness for Nahko and Medicine for the People to take the stage. Nahko took a seat at the piano and started the set by stating, “We are just going to take you on a walk in the park… and hopefully when you leave you will be that much wiser.” The band then kicked off their set with “Directions.” They gave off incredible energy and playfulness, leading the audience to echo “aloha” during “Aloha Ke Akua.” Nahko and the rest of the band members had such incredible chemistry on stage and played off each other tremendously. After a playful guitar jam between Chase Makai and Patricio Zuñiga Labarca, the lights dimmed and everyone walked off stage. The audience was left quiet and confused until a light shined on violinist Tim Snider. With the spotlight on, Snider played an incredible solo on the electric violin, getting the mezmorized crowd to clap along. As the solo came to an end, the band members came back on stage with two women, introduced as Nahko’s sisters. They spoke about their mission to “heal our relatives in the water” and how the Ohlone indigenous people are bringing back the salmon. Getting back to the music, they played “Love Letters to God” and Nahko jumped into the pit to sing the entirety of the song. To “build a bridge” between sets Nahko brought out Brad Corrigan and Jon Reilly from Dispatch to play the drums during “Build a Bridge.” Nahko and Medicine for the People ended their set holding hands at the front of the stage and taking a bow.

Finally, circular orange lights lit up the stage as Dispatch began their set with “Curse + Crush.” The show kept audience members on their toes as band members swapped instruments and changed position on stage. While playing “Bang Bang,” Dispatch honored the late Aretha Franklin by singing a beautiful rendition of the chorus of “Respect.” Snider, from Nahko and Medicine for the People, came back onstage with the electric violin for “Flag,” and as they transitioned to the next song, the band gathered in a semicircle in the front of the stage as they played “Painted Yellow Lines.” There was such a sense of community and love for both the music and each other as the band continued to play in a circle at the front of the stage. In the middle of their last and most popular song, “The General,” singer and guitarist Chadwick Stokes paused and pointed to the center of the crowd a few rows back from the stage to announce that someone had fallen and needed medical help. All music stopped and the crowd went quiet as a medical team pushed through and walked the man out. Dispatch took the crowd’s attention back and seamlessly started right where they had left off to finish “The General.” The band left the stage and came back for an encore with “Flying Horses.” They ended the show by bringing Nahko and Medicine for the People and Scotti Clifford out on stage to play “Letter to Lady J.”

The show ended leaving everyone feeling loved, connected and whole. This unique and inspiring show alluded to how much community, love and bonding there is between the bands. 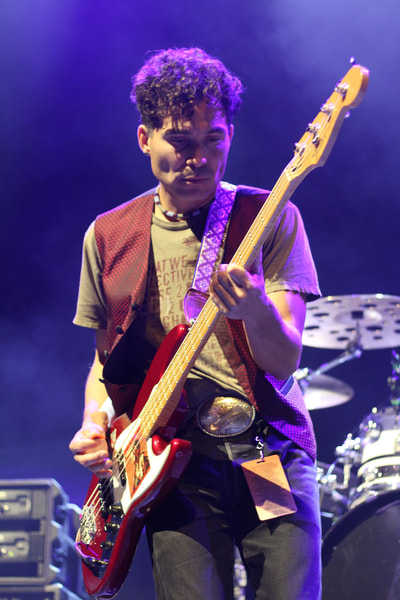 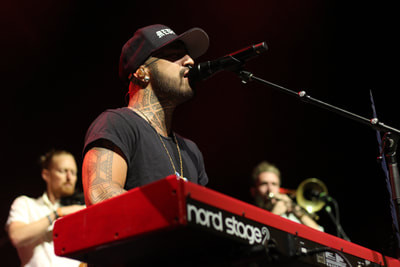 Nahko and Medicine for the People 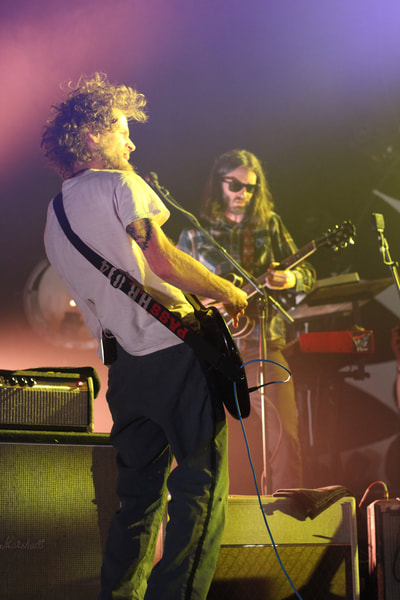