Review: Envy On The Coast 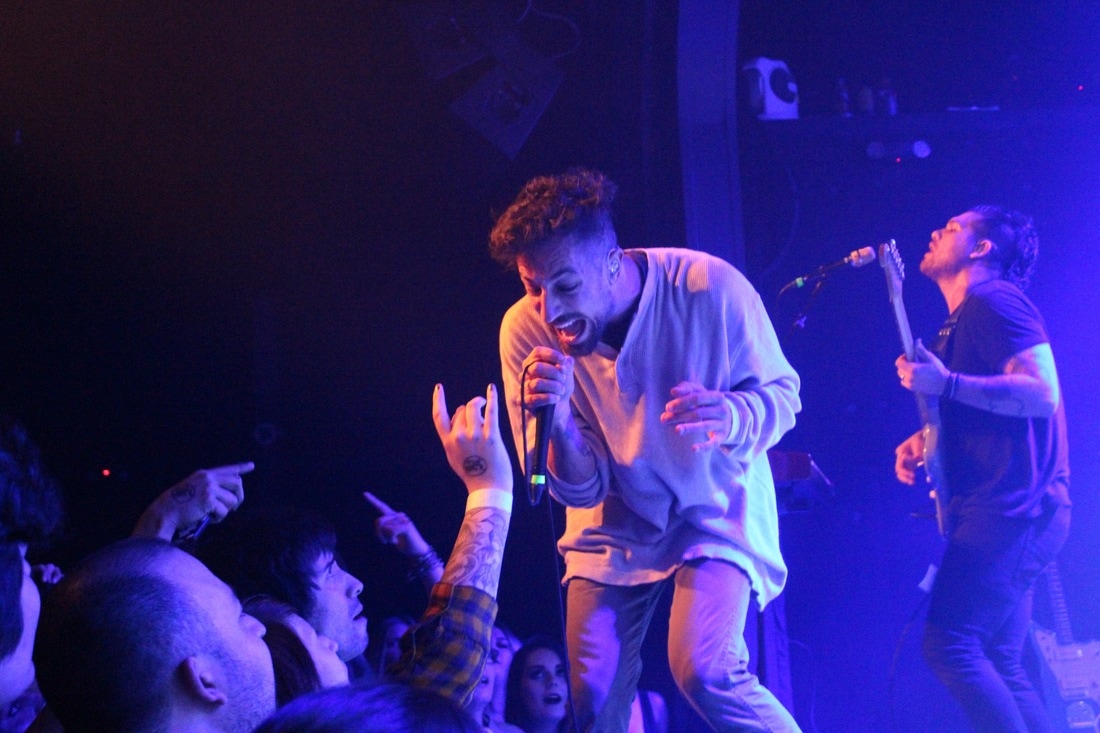 “I don't remember anything from eight years ago so thank you for remembering us.”
-Ryan Hunter, Envy On The Coast

After a six year hiatus, Envy On The Coast is back and headlining a U.S. tour. In 2010 the band went its separate ways until 2016 when frontman Ryan Hunter and guitarist Brian Byrne reunited for a few East Coast shows. Now in 2017, the two of them, plus a few friends, are hitting the road to play all across the US as they work on an upcoming album. Currently touring through the West Coast, the band played a show at the Teragram Ballroom in Los Angeles on Wednesday, March 29.

Fast Friends took the stage first as a scarce audience formed. The small crowd did not deter the band from doing their thing and playing good music. With playful banter among bandmates, the band lived up to their name, quickly winning over the audience. Next, Wove came on stage for a completely instrumental first song. With only a drummer and guitarist, Nate Mercereau and Brent Jasperse emphasized their instrumental skill as not many lyrics were included in the set. Without much interaction with the audience or clear breaks between songs, the set was quite different from the other acts, but enjoyable nonetheless.

As the crowd started to thicken, the last opening band, Tennis System, took the stage. With incredible energy, band members played and danced around the stage. It didn’t take long for lead singer, Matty Taylor, to engage with the audience, asking them to close the gap in the middle of the floor. The crowd complied and was soon singing and dancing along. Although their music comes off with a very dreamy feeling, the atmosphere in the Teragram was far from calm. Everyone was moving, whether performing on stage or standing in the crowd. It was the perfect blend of a loud rock concert and a mellow atmosphere. With an indie rock sound and soft vocals, their energetic set got the crowd moving and ready for the headliner, Envy On The Coast.

Almost a year after first announcing their "reincarnation" (as they called it in their Facebook announcement), Envy On The Coast delighted loyal fans with a long awaited concert right in the heart of LA. From the first note of “The Devil’s Tongue” as they opened their set, Envy On The Coast stole the show with their emo-rock sound. Reaching over the edge of the stage, frontman Ryan Hunter grabbed hands with audience members as they sang face to face. Every lyric sung was filled with palpable emotion, and every noted played moved through the crowd as they danced along. It didn’t take long for a mosh pit to start in the middle of the floor as the band continued to play high energy songs like “Sugar Skulls” and “Southern Comfort.” Taking a soft break in the middle of the set, everyone except guitarist Brian Byrne cleared the stage. “I'm gonna sing a little bit of a song by myself,” he explained. “Yep it's true. I begged and begged and begged. I talked to management. I talked to upper management and they finally said yes...They actually said don't fuck it up.” Alone on stage, Byrne played a cover of Strand of Oaks’ “Goshen ‘97.” Returning to the stage, Hunter joined in as the two played “Lapse” from the esteemed Lucy Gray album. As the remaining band members returned, Envy On The Coast debuted a new song they had been working on. Energy picked up once again as the band closed with longtime classics “Like I Do,” “Tell Them That She’s Not Scared,” and “The Gift of Paralysis.”
​
View Full Photo Gallery