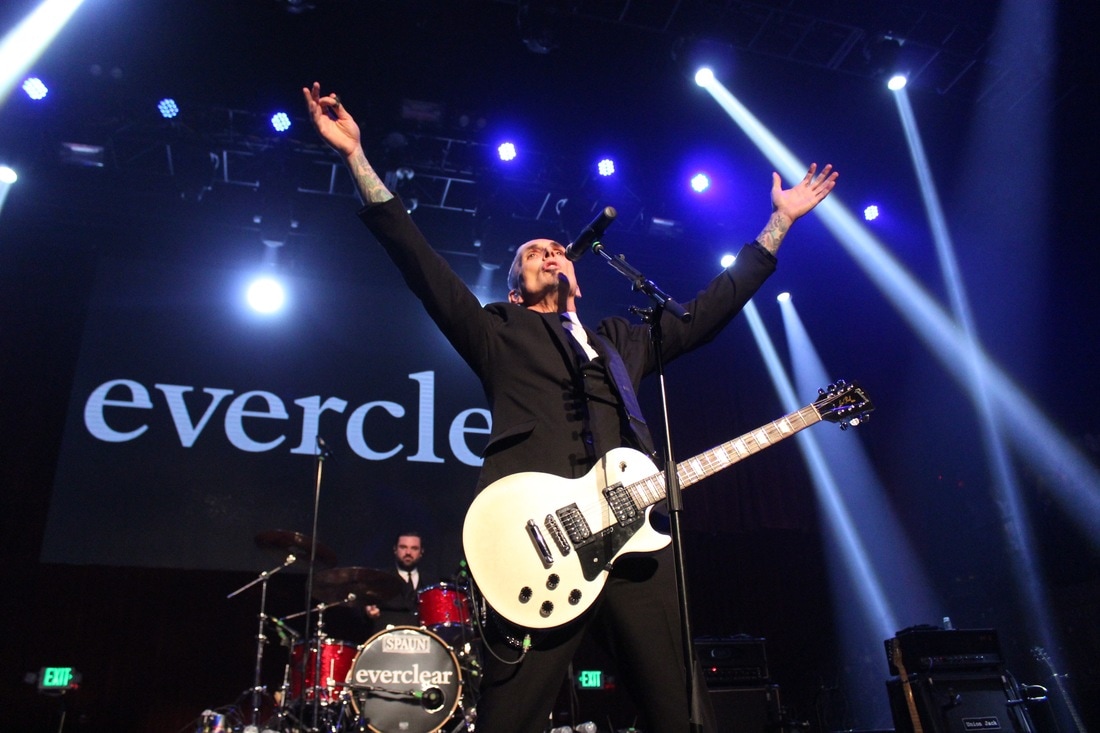 "Los Angeles, it's good to be home!"
- Art Alexakis, Everclear

Fastball and Vertical Horizon opened for Everclear, Wednesday, June 28, 2017 at the Belasco Theater in Los Angeles as part of their So Much For The Afterglow 20th Anniversary Tour.

Starting off the show, Fastball played their completely instrumental song “Tanzania.” Their mellow vibe got the crowd swaying and singing along. They even introduced a new, unreleased song called “Andrea,” which they made into a sing along with the crowd. Between songs there was light hearted joking and the sharing of memories, recalling that it had been seven or eight years since the band had played in LA. Fastball ended their set with two of their most famous hits, “Over My Head” and “The Way.”

Next, Vertical Horizon took the stage. Mixed in with their classics, the band also introduced a new song called “I’m Gonna Save You” from their upcoming album which is scheduled to be released this summer. Vocalist Matt Scannell introduced the song by saying, “I know it’s weird when you come to a show and a band plays a brand new song… but we’re gonna play a brand new song.” The crowd quickly grew accustomed to it as they clapped along to the beat. The band ended their set with their most famous song, “Everything You Want.” After just the opening notes, the crowd went crazy and that energy lasted the entire song as they sang and danced along.

As the title of the tour would suggest, Everclear started off their set with “So Much For The Afterglow.” All dressed up in black suits, it was clear this anniversary tour was a special occasion. Every song was full of energy and the show took on a nostalgic vibe. Hands in the air, the crowd jumped and cheered to every song. Frontman Art Alexakis played off the crowd’s energy challenging them to “help [him] sing a fucking rock n roll song” as they performed “Father of Mine.” The crowd happily obliged and the energy surged even more. Towards the middle of the set, the band took some time to perform some of their “old school stuff” including “Heroin Girl” and “You Make Me Feel Like A Whore.” The set was intimate and personal which was perfect for the small venue with a capacity of just about 1,000. The band ended the show with an encore consisting of some of their most famous songs, including “Wonderful” and “Santa Monica.”