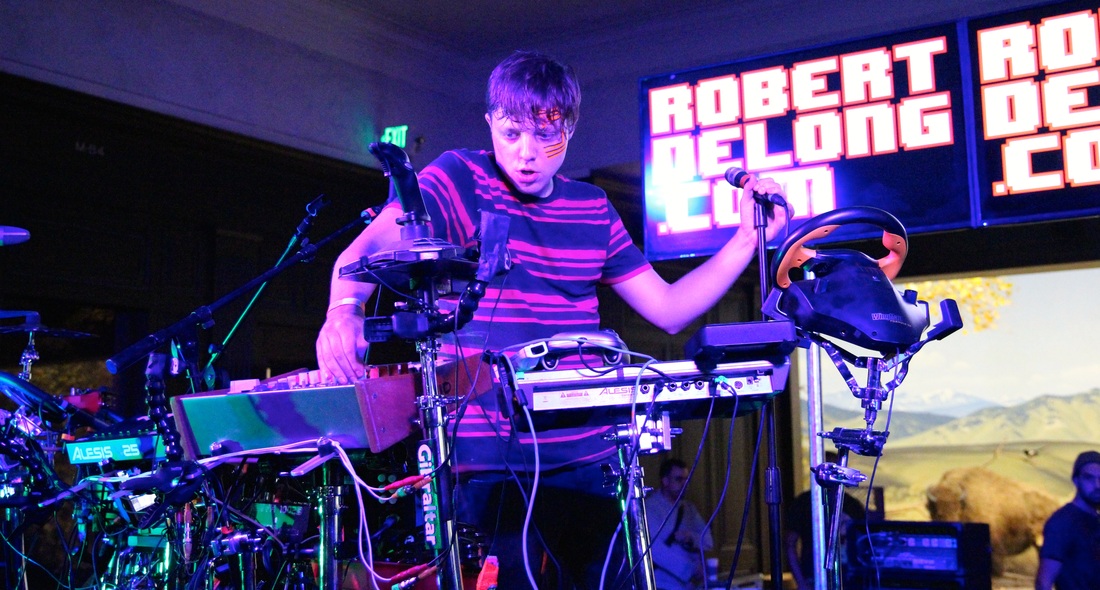 The Natural History Museum in Los Angeles served as a unique venue for electronic music artist Robert DeLong to take the stage for the museum’s February First Friday event on 2/6/15. Along the walls were exhibits on North American mammals, and in the center, a stage was set up. Though the venue seemed out of the ordinary for a concert, the museum transformed to a concert hall seamlessly. The show began with a slow start as Tom Vek opened, but when Robert DeLong took the stage, the energy surged and the show became very dynamic. Using every inch of the stage, Robert DeLong quickly moved from instrument to instrument. He had his game face on with intense facial expressions and was dripping in sweat. The crowd followed his lead, moving to the upbeat music. Although he is an electronic musician, Robert DeLong incorporated drums into his performance, adding to the energy. He will begin his next US tour in Fresno, CA on March 3, 2015.
View Full Photo Gallery