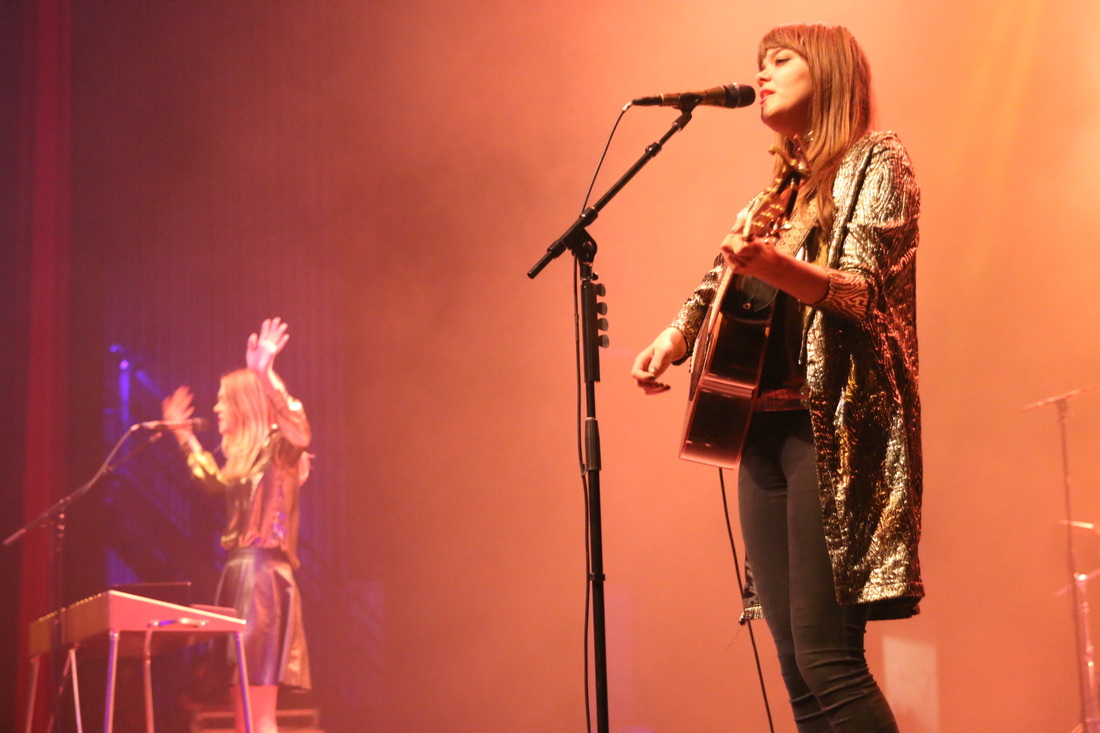 First Aid Kit with support from Samantha Crain played a sold out show at The Fox Theatre in Oakland on 11/13/14 during their 9th US tour. Acoustic singer-songwriter Samantha Crain started off the show with her set. The crowd could sense the emotion behind her songs as she performed and it was quite moving. The Swedish girls of First Aid Kit put on a great show, giving off a graceful and charming stage presence. It was definitely a crowd favorite when First Aid Kit performed "Ghost Town" without their microphones as everyone in The Fox Theatre sang along. In 2015, First Aid Kit is scheduled to play over 20 shows in the UK, Sweden, and Australia as well as appear on postage stamps in Sweden that will be released in mid-January.
View Full Photo Gallery