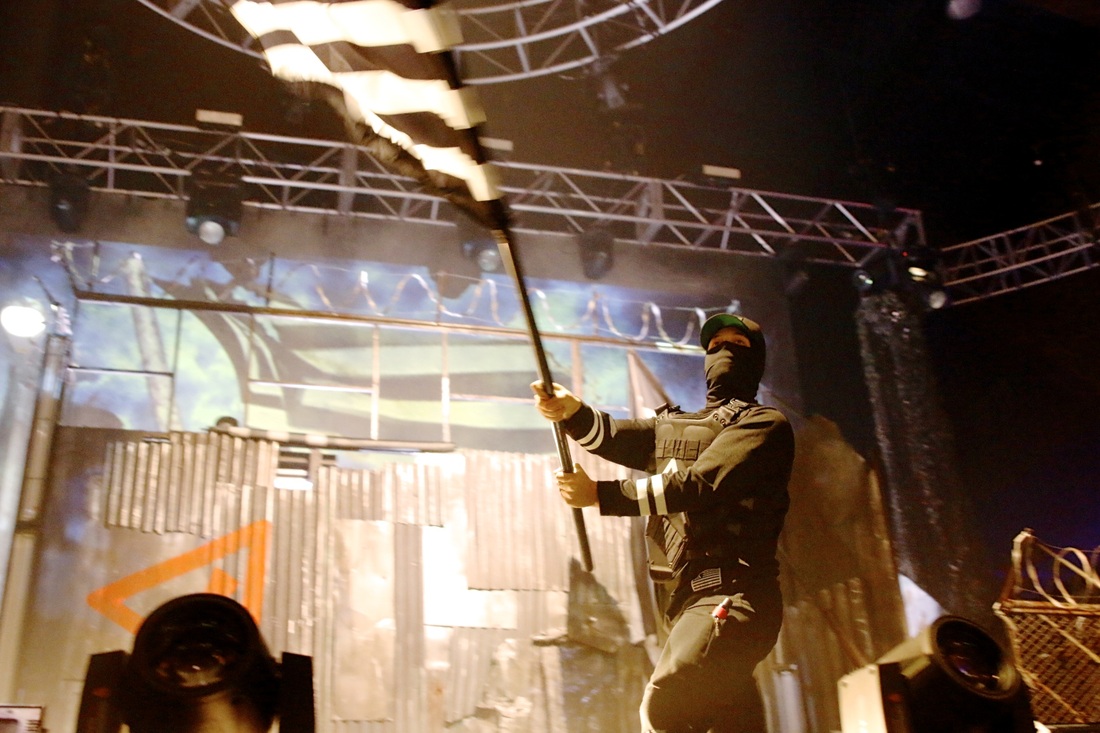 Branchez, Curtis Williams w/ Two-9, WE ARE GTA, and Flosstradamus killed it at the last stop on the Hdynation Tour which took place at the Shrine Expo Hall in Los Angeles, CA on 12/29/14 for the first night of OMFG! NYE LA 2014 presented by LED X Goldenvoice. The crowd was riled up and energy pulsed through the venue as the rave went on for a complete 5 hours. The bass boomed and the lights were absolutely stunning, the combination mesmerizing. Branchez was the first to take the stage and by the end of his set had the entire crowd bouncing. Curtis Williams came out with Two-9 wearing a shirt that read 'I am as stoned as you think I am' and smoking a joint. Williams had an amazing stage presence and knew how to work the audience. The two guys of GTA put on an unbelievable light show along with performing a rad set that the crowd went wild over. They threw out light sticks and the crowd lit up in an array of green, red, and blue. The end of GTA's set left an immense amount of anticipation for Flosstradamus to come on. With such energy already in the Shrine, it was hard to believe that everything could and would be about to get kicked up a notch. Flosstradamus took the stage, both guys waved their branded logo flags as they walked towards each other from opposite sides of the stage, eventually meeting in the middle. They pumped up the crowd by throwing water onto them as the bass first dropped and smoke was shot up in the sky. In less than the first two minutes that they took the stage, Flosstradamus had already won over the crowd and they would keep it up until 2am. The Shrine had turned into a giant New Years party and it was quite an unforgettable way to ring in 2015. Flosstradamus has upcoming concerts in Montreal, Las Vegas, and New Orleans and they will also be performing both Saturdays of Coachella 2015 where things are bound to get even crazier.
View Full Photo Gallery