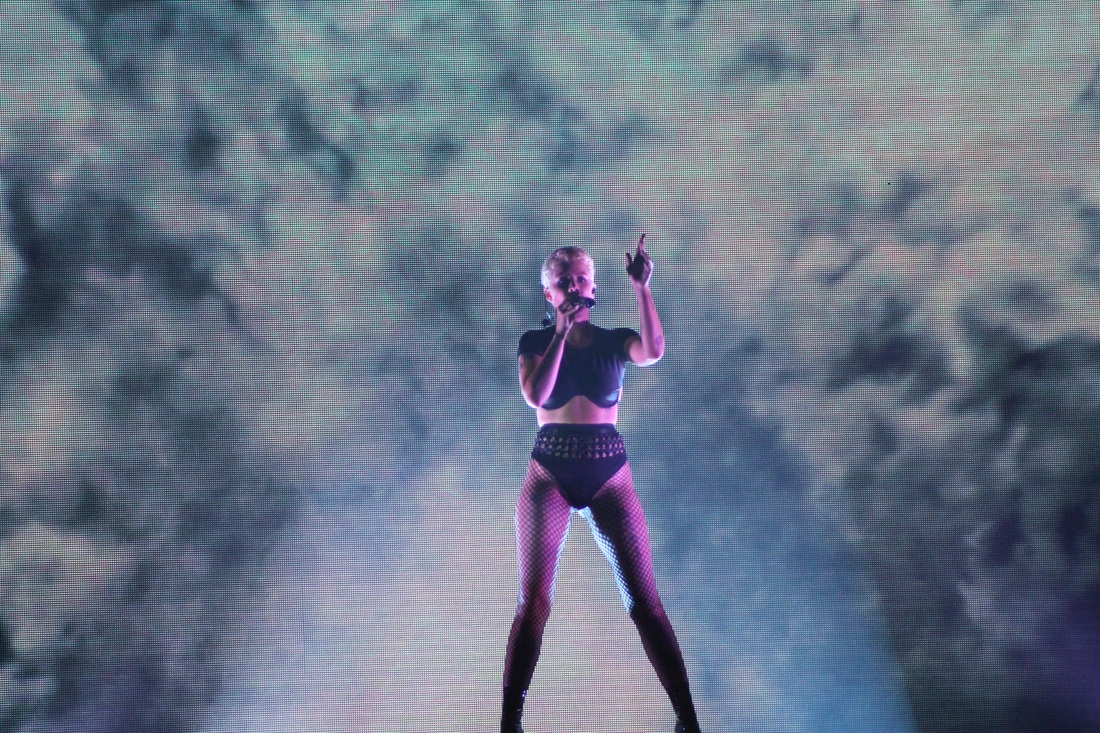 “When you come to my concert I want you to stand in the crowd and feel like you can be the best version of yourself.”
-Halsey

Thursday, July 14, Halsey, opened by Bad Suns, rocked the Shrine Auditorium in downtown LA. With only space for general admission, the Shrine proved the perfect venue for a crowd that liked to move. Alternative rock group, Bad Suns, started the show with an upbeat vibe. Frontman Christo Bowman urged the crowd to, “put on [their] dancing shoes,” saying, “we’re gonna have some fucking fun tonight!” At the end of their set, Bowman jumped off stage to reach into the audience. Singing and dancing along to the music, the audience got ready to welcome Halsey onto the stage.

In between sets, the stage was dramatically transformed. A two-story structure with staircases on either side sat in front of a stage-wide screen that played videos in the background as Halsey performed. Utilizing every inch of the stage, Halsey entertained her fans with an amazing live performance accompanied by confetti, smoke, and pyrotechnics. She took time out of her set to genuinely connect with her fans as she, too, reached into the crowd and said, “this is my favorite part of every show. I get to look you guys in the face.” Halsey also took the time to address recent tragedies, explaining, “this tour actually started a couple days ago, and it’s been a very complicated one for me. We started in Orlando and then moved across Texas to Dallas. It seemed like city after city after city I had to get on stage and tell people not to be afraid.” Halsey ended her show with an encore consisting of “Colors, Part 2” followed by “Colors.”
​
View Full Photo Gallery