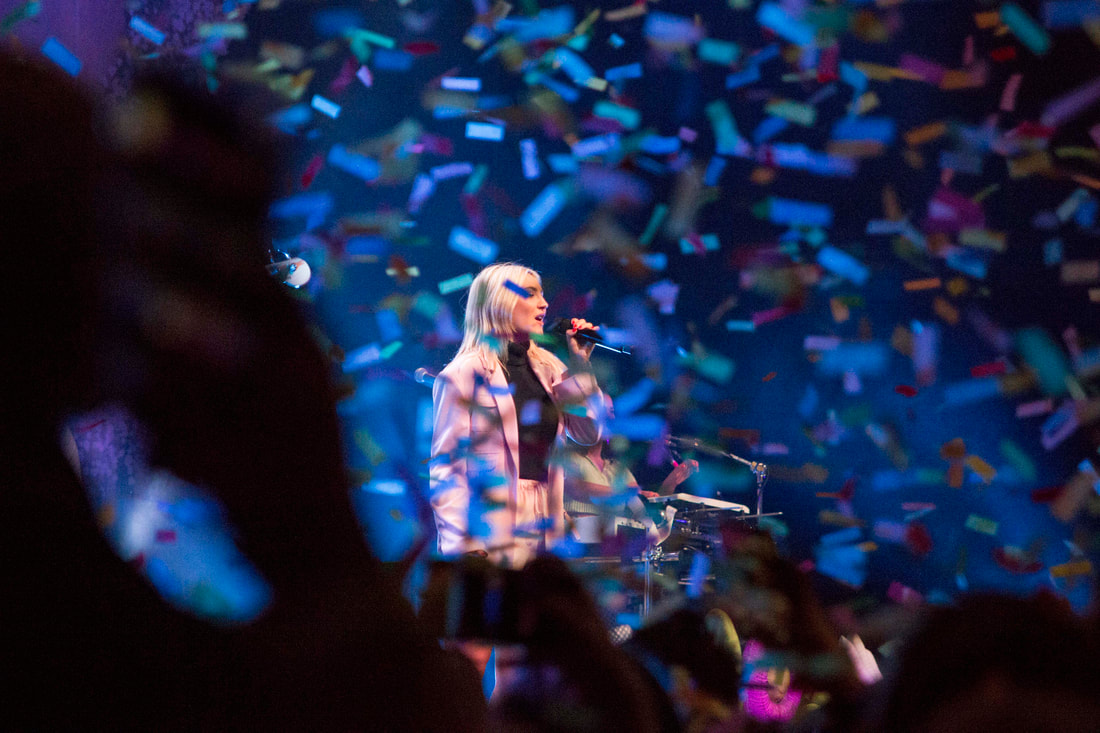 Julia Michaels played a sold out show at The Fillmore in San Francisco on her 26th birthday, November 13. With a phenomenally energetic band, Julia gave fans a night to remember, complete with balloons and confetti. Her first headline show in San Francisco could not have gone better.

As part of the Inner Monologue Tour, Julia had a sign set up on stage before her set telling fans this was a safe space and encouraging them to dance, laugh, feel and have fun. There were big flowers on stage amidst a pastel color scheme. The production was all out, in scale it was something that could be used in larger rooms seamlessly as Julia continues to move up and perform at bigger capacity venues.

By the age of 26, Julia has already accomplished a lot both as a songwriter and artist herself. She has co-written over twenty Billboard top 100 hits for other artists ranging from Selena Gomez to Linkin Park. As an artist, her own song “Issues" has nearly 750 million streams on Spotify alone.

Julia opened her set with “Pink” and then went into her well-known Clean Bandit collab “I Miss You”. All of her band members were very talented musicians with unparalleled energy. They all ran and danced across the stage, sometimes in choreographed routines. The space on stage was well utilized as the band used every inch as the marched playing mobile electronic drum pads and keytars as Julia sang. At one point, the band split the audience into a right side and left side and led fans in a back and forth contest to see which side could be louder. Later, Julia had everyone scream at once to help release any built up anxiety which led to any almost glass-shattering cacophony of sound and had people laughing.

Between songs Julia expressed her genuine gratitude to the audience for being there for the show and also told anecdotes, a fan favorite being the story she told about getting a poorly done lotus tattoo.

Julia went into the crowd to play a few songs including a cover of CeeLo Green's “Fuck You” from the floor with an accompanying ukulele. While she was in the crowd, someone handed her a pink birthday sash which she wore for a large portion of the show.

Her crew surprised her by bringing out a cake between songs and the audience sang her happy birthday. Julia seemed to be caught off guard and excited about the thoughtfulness in the celebratory gesture.

Julia and her band ended with “Uh Huh” before coming back out for a two-song encore, closing with hit “Issues”. This may have been Julia’s first headline show in San Francisco, but the Bay Area certainly hopes it will not be her last. 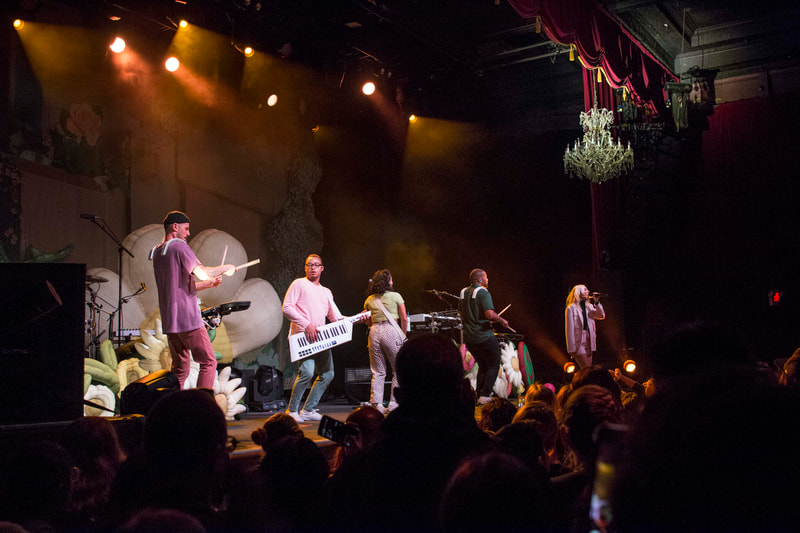 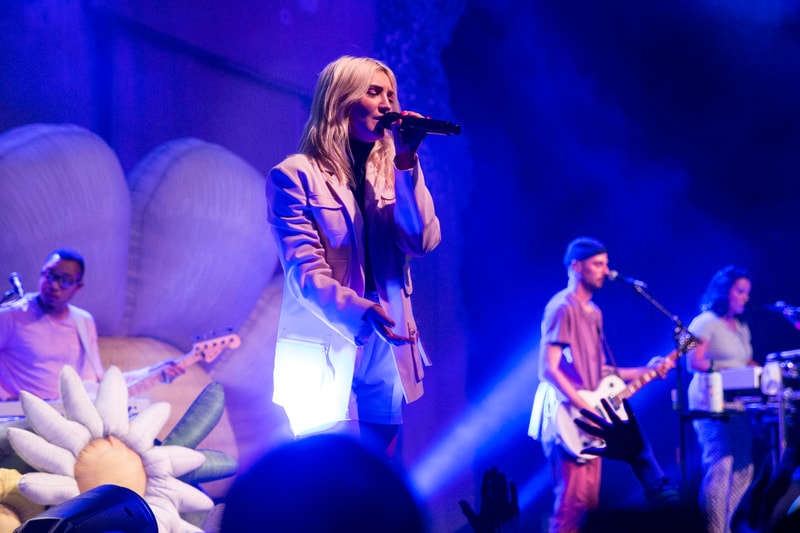 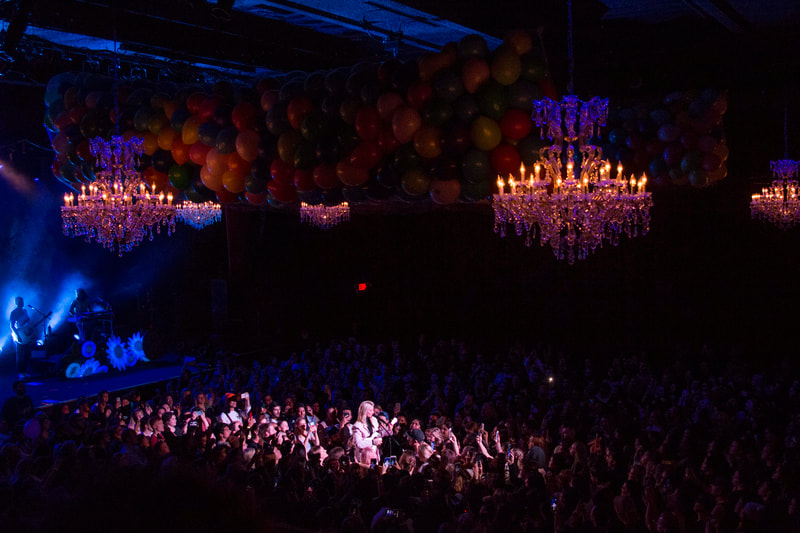 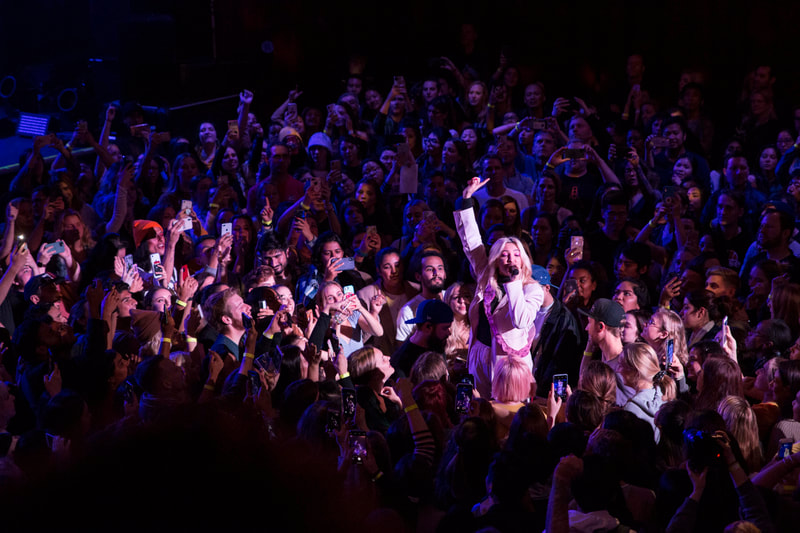 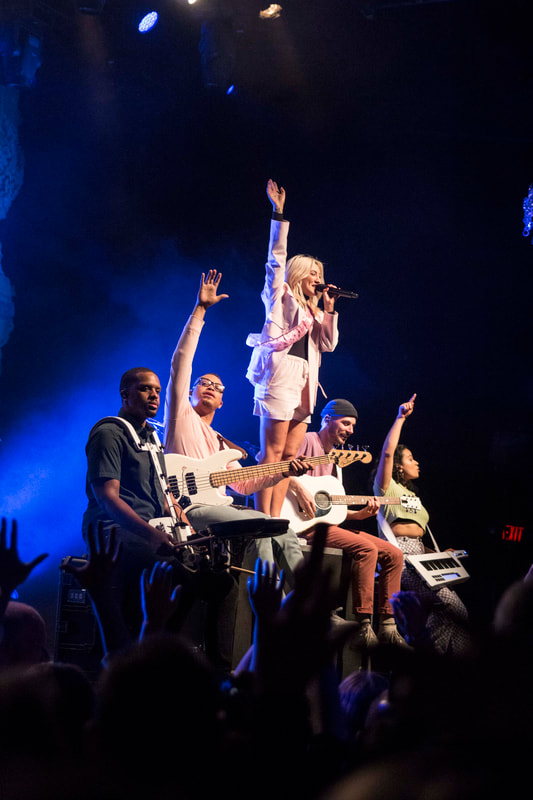 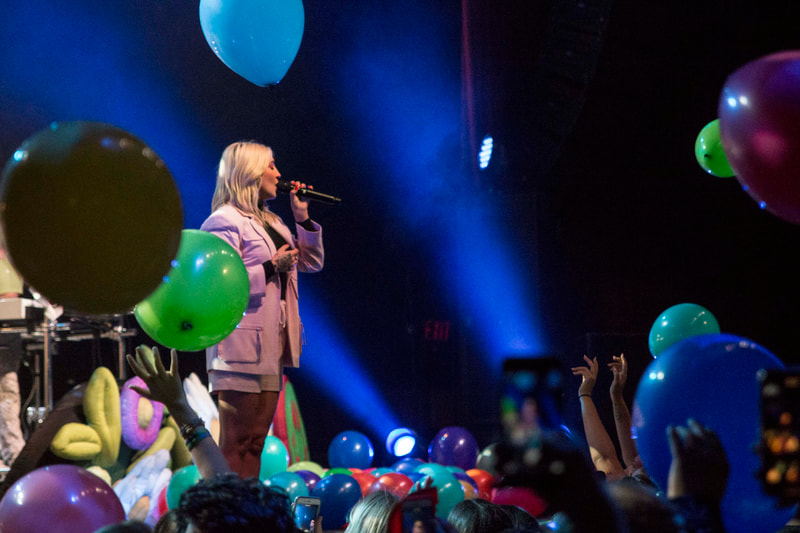 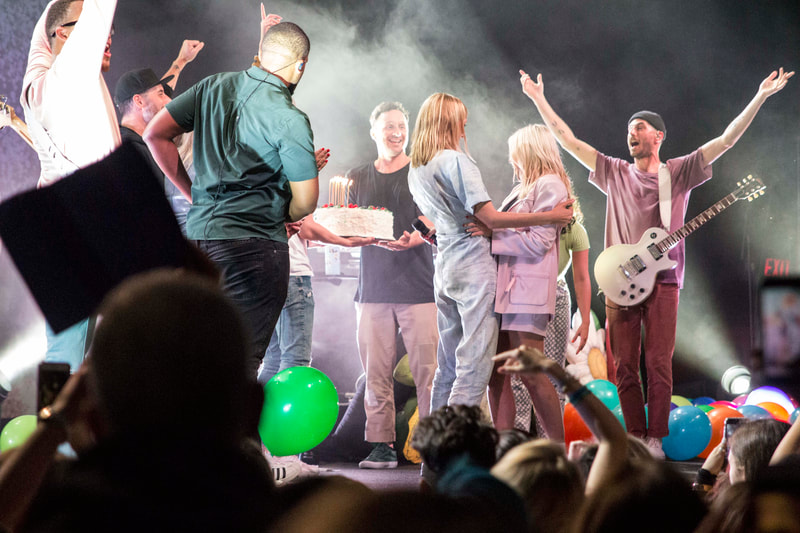