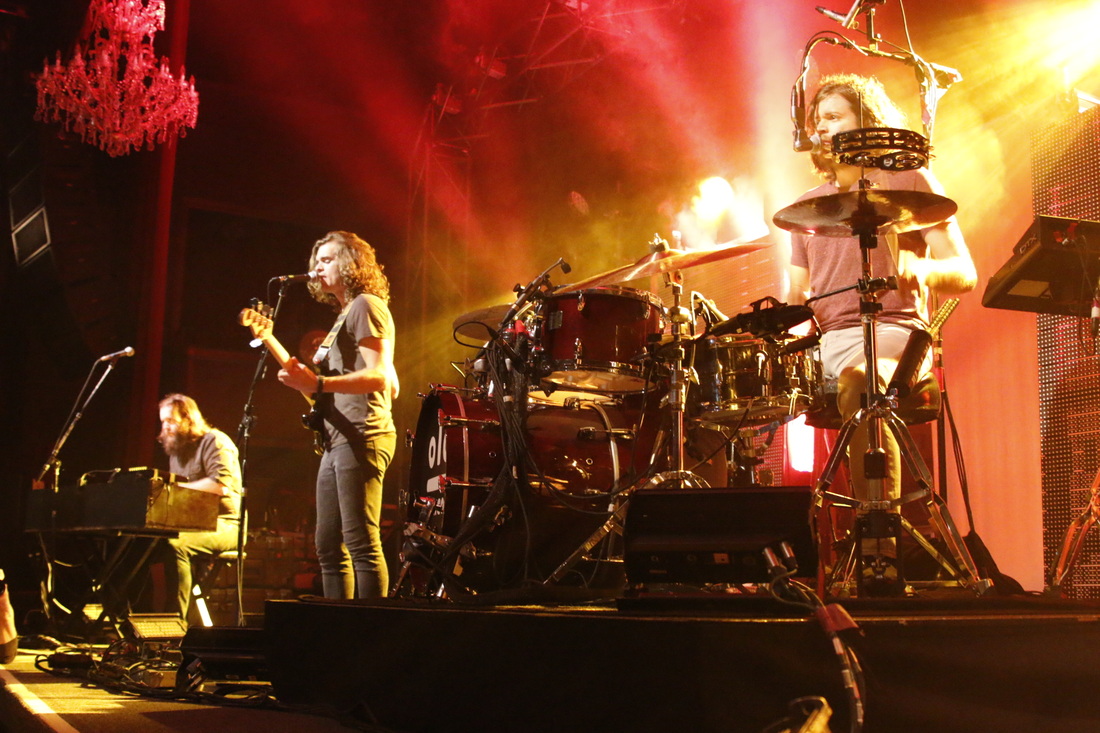 Kongos
"If you've never fist pumped in your life, you are missing out and now is your chance to do it!"

Colony House and Sir Sly support KONGOS on the Lunatic tour at the Fillmore in San Francisco on 3/10/15. The crowd was unique, but strangely specific... Guys with long hair and muns were not uncommon at the show.  Colony House walked onto the stage dancing and put on a great performance. Some members of Sir Sly joined them for the end of their song "Waiting For My Time to Come." Sir Sly maintained the high energy and hype throughout their set, accompanied by strobing lights. Front man Landon Jacobs stood up on the bass drum and rocked out while singing in multiple songs. The band ended with their hit "Gold" and golden lights beamed into the audience while Jacobs stood on the barrier. Before going off stage, Jacobs said, "Here's to you San Francisco. We love you," before shotgunning a beer. The four brothers of KONGOS played all their hits as well as a good amount of other jams and grooves in support of their second album, Lunatic. The band stated that after this tour, their first North American headlining tour, they will be going back to South Africa to record their third album. During the song "I'm Only Joking," giant smoke rings were shot into the crowd and fans went nuts! The last song had the whole crowd clapping and already waiting for the band to hopefully return to the city on future tours.
View Full Photo Gallery