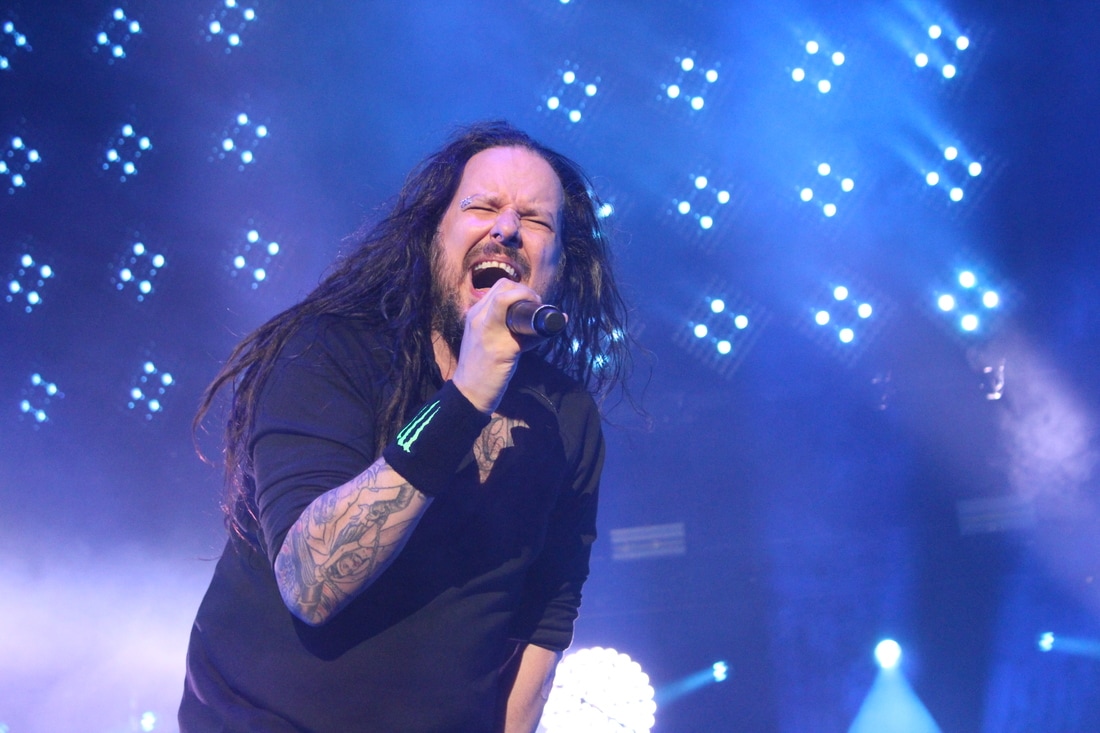 “You ready to lose your mind out there?”
- Corey Taylor, Stone Sour

First to take the stage were South Carolina natives, Islander. Though their set was short, they pumped up the crowd, starting the show off with energy and excitement.

Next up, Yelawolf emerged from a cloud of smoke as the sound of an engine roaring shook the floors. With a Chevy-turned-DJ-set and gold chain mic stand, Yelawolf performed a hip hop set with a Western vibe. Though much different from other sets in the metal lineup, the crowd welcomed the rapper who had just as much intensity as the upcoming metal artists.

Coming all the way from Japan, Babymetal was next to take the stage. The three teens put on a dramatic performance filled with choreographed dance moves and tremendous energy. Although most of the audience didn’t know Japanese, that didn’t stop them from cheering and chanting as the band performed their highly anticipated set.

Stone Sour immediately got the crowd excited and moving as they came onstage playing “Taipei Person/Allah Tea.” The audience went crazy, and as the song ended a chant erupted as everyone yelled, “Fuck Nickelback.” Frontman Corey Taylor couldn’t help but laugh, and the show continued with the same incredible energy. There was a confetti gun and Josh Rand in a Lakers get up and afro. It was clear the band was having a good time and it was infectious to the audience. As their set neared its end, band members left the stage as Taylor began their hit song “Through Glass” all alone. Melodic and soft, the song and its performance were emotional and powerful. As the song continued, the intensity picked up and all band members returned to the stage to finish playing the song. Stone Sour ended their set with a lively performance of “Fabuless,” complete with inflatable air dancers as seen in the music video.

By the time Korn took the stage, the crowd was definitely pumped up and ready for the performance they were about to get. Starting behind a curtain and coming out one by one, Korn made quite the entrance as they began their set with “Rotting in Vein.” With strobe lights and smoke, Korn delivered exactly what you’d expect from a metal show. Of course, being the legends that they are, they put their own spin on the act, including a solo bagpipe performance by lead singer Jonathan Davis. Before starting a four song encore, Korn ended the set with “A Different World” off their newest album, The Serenity of Suffering. Not surprisingly, Corey Taylor returned to the stage to help perform his part in the song. Their performance ended with “Freak on a Leash” accompanied by an iconic mic drop before the band exited the stage.
View Full Photo Gallery