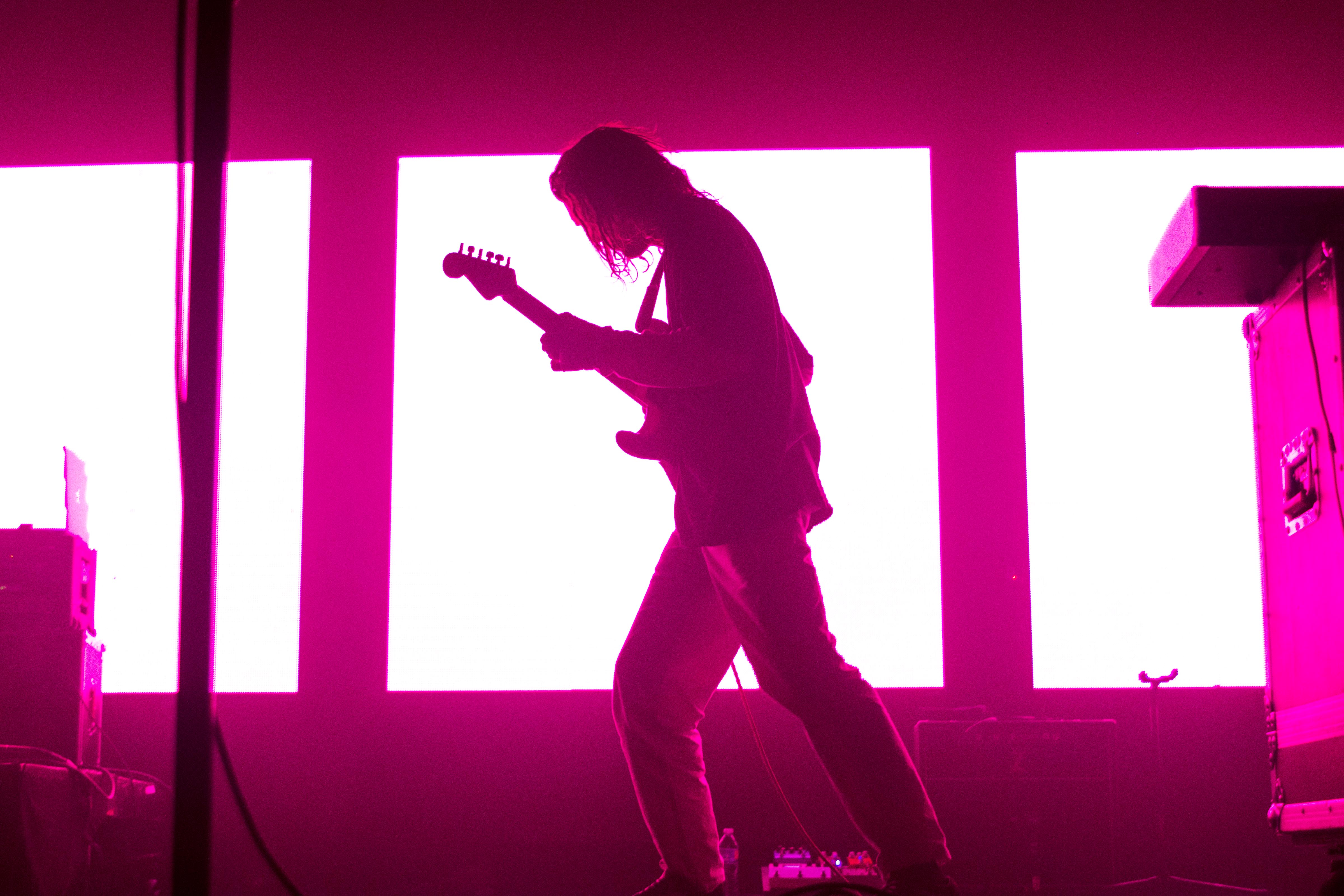 Photo by Nicole White and Review by Gina Kuhlmann
November 17, 2016

Lead singer Paul Klein sits on the stage floor, iPhone in hand, singing along to two pre-recorded demos. He left the stage and the lights went back up. As they dimmed again, a clip of Whitney Houston singing the National Anthem plays as the band enters the stage.  What started as an obscure opening, leaving the audience confused and excited, led into a heartfelt and energetic performance from LANY.
​
The LA-based trio performed on November 17 at the Regency Ballroom in San Francisco. When their opening act Transviolet canceled due to illness, the group decided to treat the audience to a peak at the unfinished demos that will be on their new album. The crowd cheered and danced to the new songs, and sang along to their favorite hits, like “WHERE THE HELL ARE MY FRIENDS” and “Bad, Bad, Bad.” The young crowd was dancing, jumping, and yelling along with Klein, drummer Jake Goss and guitarist Les Priest. The bright lights and simplistic graphics melted into the group’s electronic dance sound. They mixed in GIFs of Angelina Jolie during “ya, babe, no way” and Forrest Gump behind “quit” to humorously fit the lyrics of the songs. They slowed down the ending of “current location,” a song about missing someone in a long distance relationship, and burst suddenly into “ILYSB” to close the show. The trio kept the energy and excitement up by dancing and interacting with the audience.

Audience members, some arriving over 12 hours prior to doors opening, were excited to have the band back in the city. They threw roses on the stage and waved their hands the entire show. Audience member Reimi Akin saw LANY last year when they performed at the Rickshaw Stop and was hooked by the up-and-coming group. This year, she returned to the show and was excited by their growth. Akin said, “It's cool to see them getting big, like touring across the world and playing at Outside Lands 2016 because after I saw them last year I could tell they were going to be super popular.”
​
Akin also noticed the young crowd, drawn in by the group’s upbeat songs and authentic lyrics. While Klein is well out of high school, his songs capture the intense emotions of young love, crushes, and heartbreak. The lyrics and songs are anthems for teenagers and young adults navigating romance and dating. The authentic songs from I Loved You, Make Out, and Kinda, offer listeners a mix of slow ballads about falling in love, to break up songs of pain and loss. The relatable and truthful words were sang together by Klein and the audience.  Throughout the show, Klein alternated between dancing excitedly on the stage, soulfully strumming the guitar, and playing keys from a keyboard atop an amp case, which read in bold white tape “love sucks sometimes.” The simple phrase epitomizes the songs and emotions of LANY’s music, a mix of the excitement and pain felt for love.
View Full Photo Gallery