Review: Made To Destroy Tour 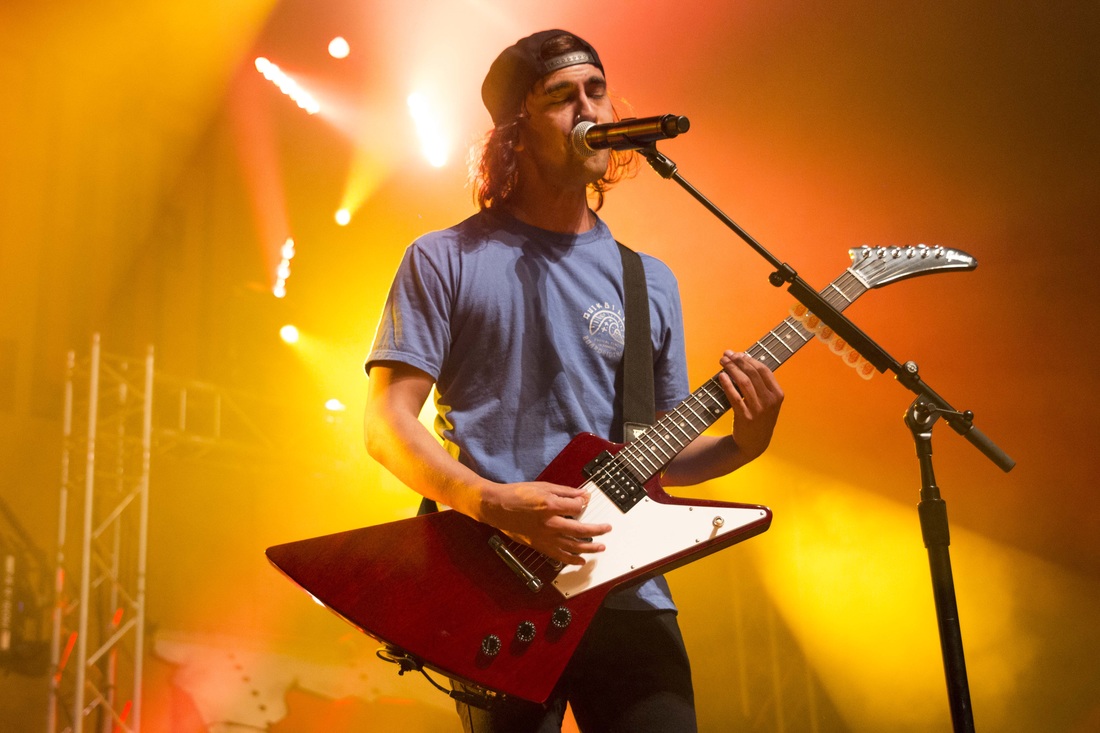 "Stop waiting for some life ahead of you. Start now. Take control of your own destiny.”
-Vic Fuentes

I Prevail and Neck Deep open for Pierce the Veil to kick off the first show of the Made To Destroy Tour at San Francisco’s Warfield Theatre on 9/3/16.

I Prevail played a diverse set of their old music, covers including songs by artists such as Taylor Swift and Pantera, and new songs from their upcoming album Lifelines. It was the first time they played many of their new songs live. I Prevail had crazy energy, encouraging the crowd to “open up a pit” and to “put your phone away and start throwing down.”

Before Neck Deep came on, the crowd all sung to Paramore’s “Misery Business” as it came through the speakers. There was an unspoken camaraderie at the show. Everyone came together to have a good time and sing their hearts out to the songs they love.

Neck Deep’s genuine excitement to be on the Made To Destroy Tour showed throughout their set. Neck Deep frontman Ben Barlow described how the UK band had grown tired of playing the same songs for over a year. It was the first time they played many of their new songs live like “Losing Teeth.” After performing “I Hope This Comes Back To Haunt You” live for the first time, bassist Fil Thorpe-Evans expressed how good it felt to play. Thorpe-Evans said,  “We didn't fuck it up baby, we didn't fuck it up! First time!" Barlow yelled “Jeremy McKinnon!” between songs, which confused fans as they then expected the A Day To Remember frontman to appear. Barlow then laughed and explained it was a “filthy prank” and he likes to mess with the audience every time they perform.

Neck Deep asked everyone to hold their cellphone lights up before performing “A Part Of Me” and said, “Wave them around because this is the slow, sad, soft song we all know and love.” With an interactive audience, the band continued to rock their set and said, “Jump with us. Sing with us. Do whatever the fuck you want.” Barlow high fived the crowd surfers that put a lively end to their set. The Warfield was charged waiting for Pierce the Veil to come on stage.

The crowd chanted “Pierce the Veil! Pierce the Veil!” as the venue went dark, the stage still hidden behind a mysterious white curtain. Pierce the Veil creatively incorporated a multimedia presentation to start off their set. A cartoon sketch doodled in red was projected onto the white curtain, acting as a screen. After a ten second countdown, there was an animation of the interior of a rocket ship flying through space. The animation came to a close when the rocket ship crashed. The white curtain was taken down and on stage was the physical crashed vessel. In a theatrical production, the band members came out of the windows in white space suits before taking them off and launching into their first song “Dive In.” Pierce the Veil covered everything from their hits to songs off of their newest album Misadventures. The rocket ship crash they had staged seemed to be a misadventure indeed.

Before the fourth song of their set “The Divine Zero,” frontman Vic Fuentes delivered an inspirational speech to the audience. “This next song is how I believe you guys out there can change the world one day. Forget about when I grow up. I don’t know when that is. Is there a time when you are like I'm grown up? Stop waiting for some life ahead of you. Start now. Take control of your own destiny.”

The band members continued to ham it up on stage throughout their set and weren’t afraid to let loose with smoke and confetti. But all gimmicks aside, Pierce the Veil had amazing live sound quality with stunning vocals and crisp drums.

Before playing an acoustic rendition of “Kissing In Cars,” Fuentes explained, “This next song was never supposed to be heard. I wrote this song with Jaime for a friend’s wedding.” Fuentes continued that their friend “wrote a notebook of special little things and this is what we made.”

With a plethora of guitars amongst the band, guitarist Jaime Preciado made sure to get a good twirl with them all. The band brought out a dancer for “Bulls in the Bronx” which added a fun flare to the show. Fuentes said, “This is a very nice welcome back to tour. Thank you for supporting us, staying with us and being awesome. Thanks to everyone who made this possible.”

The band came back on stage for a two song encore, playing “Circles” and “King for a Day.” Fuentes did a little leg hop dance across the stage that fans went crazy over and the set ended with a flood of crowd surfers. Guitarists Tony Perry and Preciado threw their guitars diagonally across the stage after their final song, where roadies were secured to catch them. As the band exited the stage, Elton John’s “Rocketman” played them out over the speakers. Everything in the production of the show was clearly thought out and intentional. Pierce the Veil surely destroyed their new tour’s first show, in the best of ways.