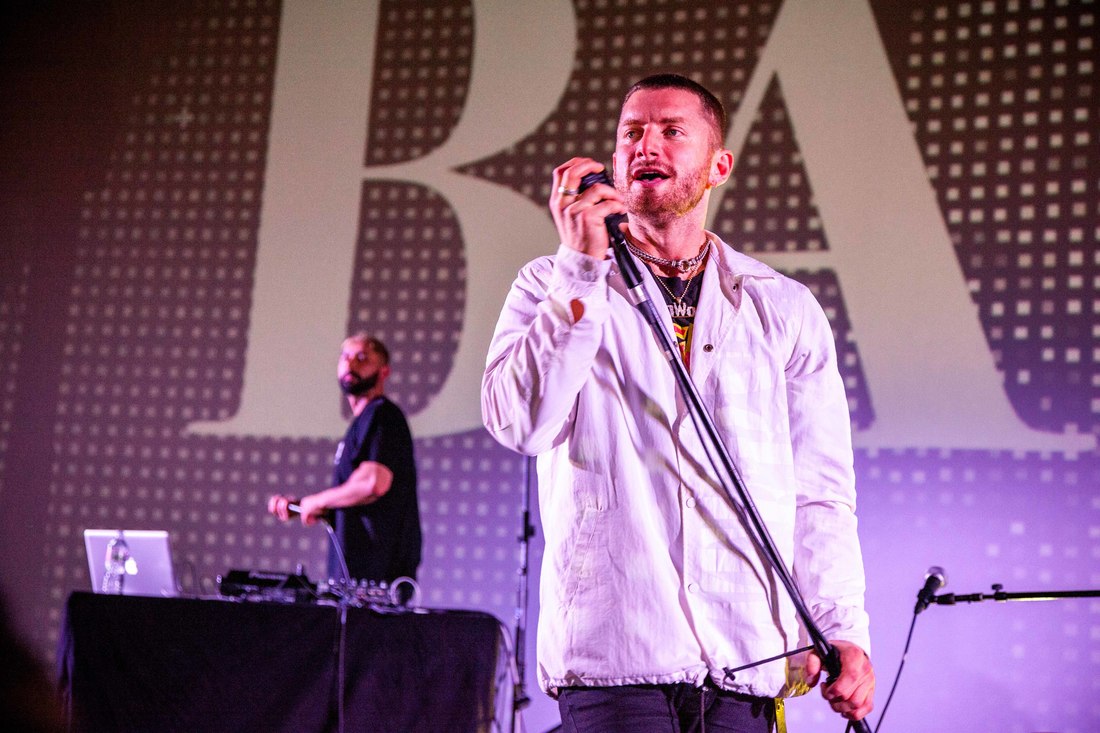 An eager Gianni Taylor stormed the stage, immediately filling the air with hands swaying back and forth. Their Soundcloud-famous acoustic styling was accompanied by trendy beats that kept the crowd’s energy up for the entire set. The pair wore a camouflage jacket and Los Angeles jersey, giving classic SoCal vibes as they played songs like “Hideaway” and “Forest Fire.”

In almost no time, Rexx Life Raj had the audience back on their feet demanding some Bay Area respect. DJ Shellheart made her appearance known behind the equipment by taking control of the microphone to warm-up the audience for her colleague Rexx. Bringing more rap to the stage, the San Luis Obispo crowd grooved to the realistic lyrics and shout outs to loyal fans. After releasing his album Father Figure 2: Flourish late last year, Rexx sang the crafty rhymes of “Burn Baby Burn” featuring Russ, providing a refreshing upbeat shift from his more well known tracks like “Handheld GPS.” Eventually the duo was joined by members of their team on stage, dancing on top the speakers during the last few tracks and keeping the crowds energy going for headliner Marc E. Bassy.

Making his stage debut with classic hit “Morning” on the keyboard, Marc E. Bassy’s entrance was exactly what everyone needed after two unique openers. Lights low, the crowd sang along to the track and began to settle in for an exhilarating night. His broad California exposure heavily influences the music he creates, thereby resounding with the local students that flooded the audience. Making a political statement did not frighten Bassy, as he let the crowd know his distaste toward President Donald Trump. Bassy then brought up issues of the Dream Act by stating that, “If anyone tells you that you shouldn’t be in America, come stay at my house.” These words resonated with the progressive attitudes of the youths who recognized many songs that included popular artists like Kehlani and G-Eazy. With these familiar tracks, the audience began to fervently dance in the pit and even the seating.

Playing an unreleased, new song that he recently wrote during a trip to Zion National Park called “Main Chick” gave fans something to look forward to come at the end of April. Bassy closed the show with “Til I Get Found,” but we all knew that was of course not the end since the lights stayed on and the audience chanted for an encore. With the promise of a couple more songs, “Black Jeep” brought a sensual vibe over the theater followed by a throwback performance from his 2016 EP Groovy People. When the last line was sung, the lights came on and the venue emptied to the streets to discuss the experience.
​
View Full Photo Gallery