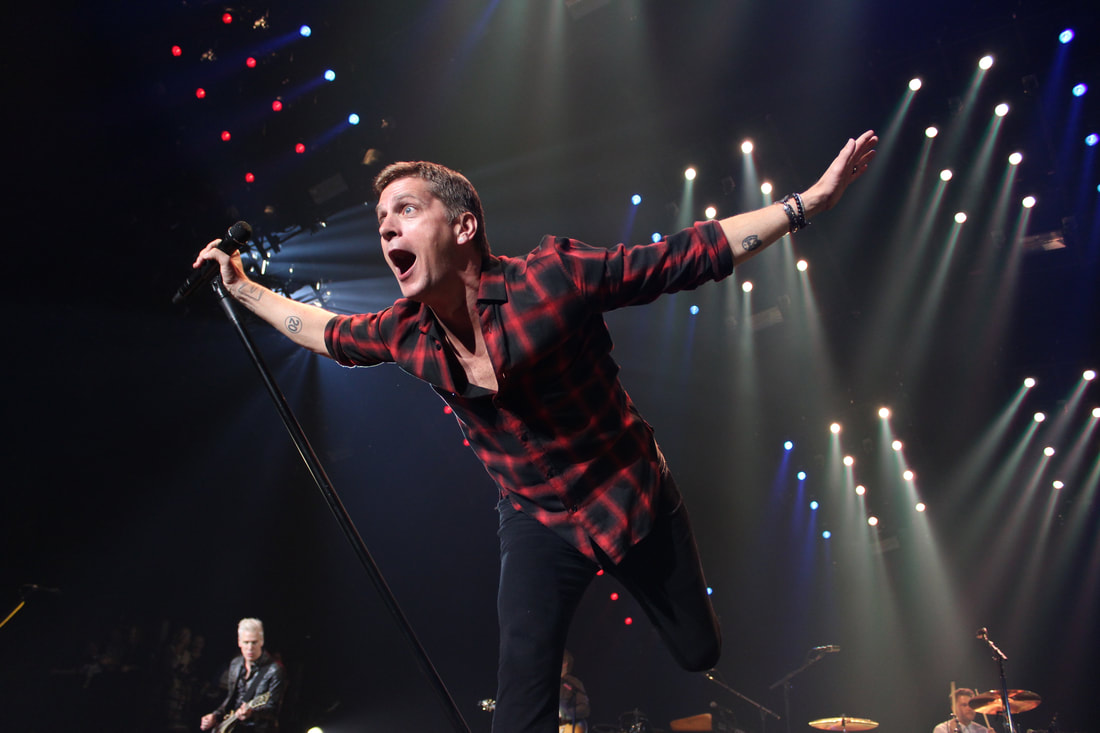 “It’s a Monday night in LA. It’s a big night. Are you with us?”
- Rob Thomas, Matchbox Twenty

Rivers and Rust opened for co-headliners Matchbox Twenty and Counting Crows at The Forum in Los Angeles on July 31, 2017.

Opening the show, newly formed duo Rivers and Rust took the stage. Matchbox Twenty guitarist Kyle Cook joined forces with Texas born songstress Sheila Marshall, becoming the epitome of the saying “opposites attract.” While Cook brings a harder rock sound, Marshall contrasts that with her mellow, bluesy and country vibe, creating music that fans of every genre can enjoy. Their dynamic partnership translated to the stage, and even though the duo doesn’t have a full length album out yet, it didn’t stop the audience from fully getting behind their music as they swayed along in the crowd.

The lights dimmed and “Lean on Me” by Bill Withers began to echo throughout The Forum over the speakers. Soon, Counting Crows ran onstage, continuing the mellow vibe. Dozens of overhead lights lit up the stage adding a dynamic visual element to the set. Frontman Adam Duritz used every inch of the stage. From singing straight to the audience, to dancing with guitarists, to sitting on the edge of the stage as the band performed “Omaha,” the set overall was energetic and entertaining. The set consisted of classics like “Mr. Jones” and “Colorblind” and ended with an encore made up of “Palisades Park” and “Rain King.”

Continuing the dramatic visuals, Matchbox Twenty took the stage as intricate lighting followed their every move. As soon as they stepped onstage, the band displayed incredible energy as frontman Rob Thomas jumped and danced, performing from every side of the stage. From slower songs like “If You’re Gone” to faster melodies like “How Far We’ve Come,” the audience was on their feet, dancing and clapping along. When it came time for the encore, there were some technical difficulties, but Thomas played it off with ease, starting an impromptu jazz piece. The audience even got a bonus song as the band covered “Time After Time” on an untuned guitar as they waited for a solution. Thomas explained, “Here’s the funny thing, we’re having all these problems and we’re paying a thousand dollars a minute every time we go over. But we’re gonna keep playing.” The crowd cheered and soon everything was fixed. The band then continued on with their planned encore consisting of “3 A.M.,” “Long Day,” and “Bright Lights.”
View Full Photo Gallery