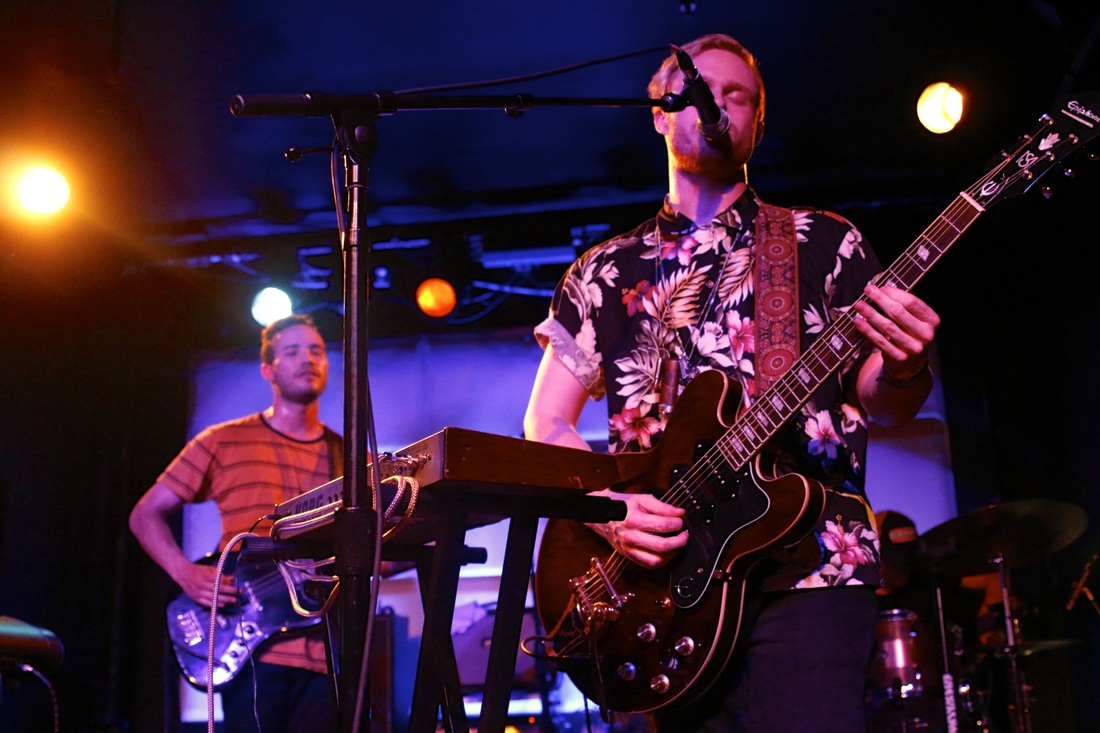 Maudlin Strangers
"It feels so good to me to see so many people in Hawaiian t-shirts!"

Royaljag and SWIMM open for Maudlin Strangers at THE ECHO in Los Angeles on 7/1/15. San Bernardino based Indie band Royaljag traveled out to LA to support the other two bands. Royaljag was very appreciative and happy to be there with Maudlin Strangers, the crowd could really see their enthusiasm for live music. The band had a great stage presence and soon had the audience clapping along and dancing to their music. In addition to their own songs, they played covers from popular artists such as Local Natives' "Who Knows." SWIMM, a local LA group, came on next with crazy energy. During the set, SWIMM's lead singer said, "Everyone looks half stoked, half scared. Smile!" After a long wait, Maudlin Strangers took the stage. Jake Hays is the man behind Maudlin Strangers. Although he brings three other band members on tour to play live shows, he records every part of the music himself. Hays looked out at the crowd before opening his set and said, "Oh my god home! It feels good to be back home." Hays brought out new songs and played old songs at his sold out hometown show as well as covering MGMT's hit song "Electric Feel" during the encore. The night was electric indeed with great performances by all three bands.
View Full Photo Gallery