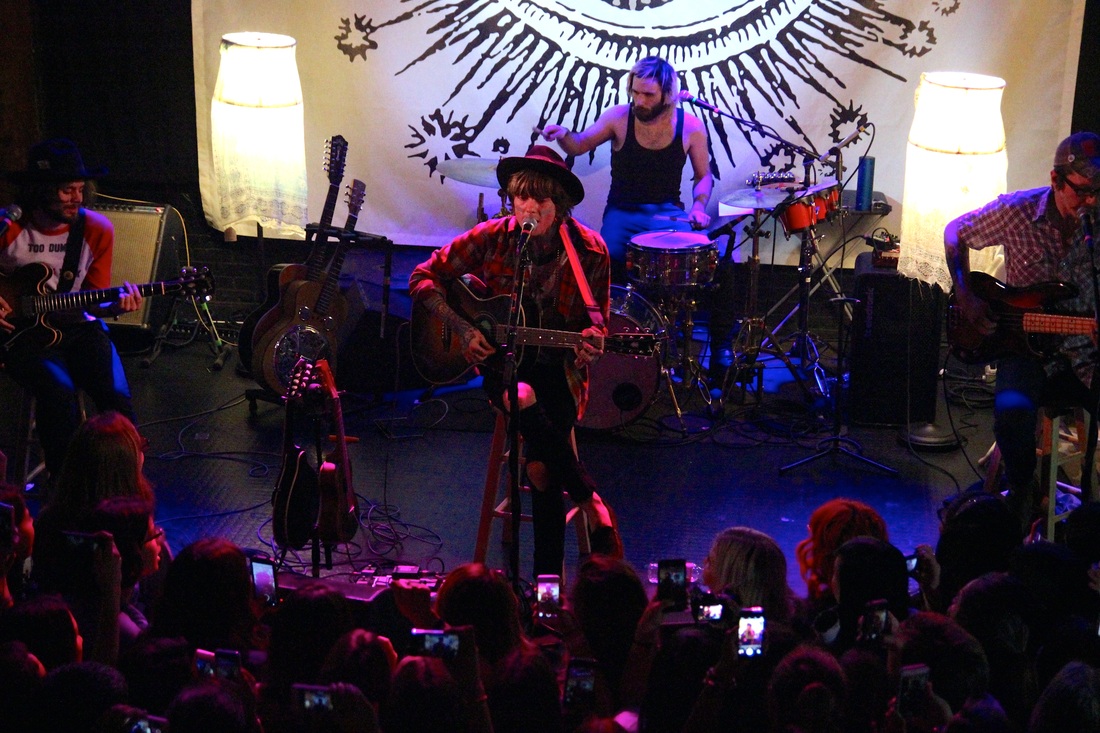 Never Shout Never
Talking about all the instruments that lined the stage, Christopher said, "So many fuckin' toys. It's so fun."

As soon as I stepped in the Troubadour, I immediately understood how the Never Shout Never concert sold out so quickly. With room for about 200 people or so, the audience was pressed up against the stage. There was an eclectic vibe, as over 20 different instruments rested all over the stage, along with a few lamps and a rug. The atmosphere matched the music - laid back. The band sat on stools at the front of the stage and in between songs, participated in conversations with the fans. There were many compliments on Hayden's hair and Taylor's mustache, and even a conversation about Johnny Bravo between Ian and Christopher, which became a common topic for the rest of the night. The band performed with great energy. They played fan favorites, along with the debut of their new song "Red Balloons." Called back for an encore, the band finished with "California," fitting for the iconic Hollywood venue.
View Full Photo Gallery