San Francisco music fans were the true winners of this year’s Super Bowl 50 with shows held across the city, including a free show from OneRepublic 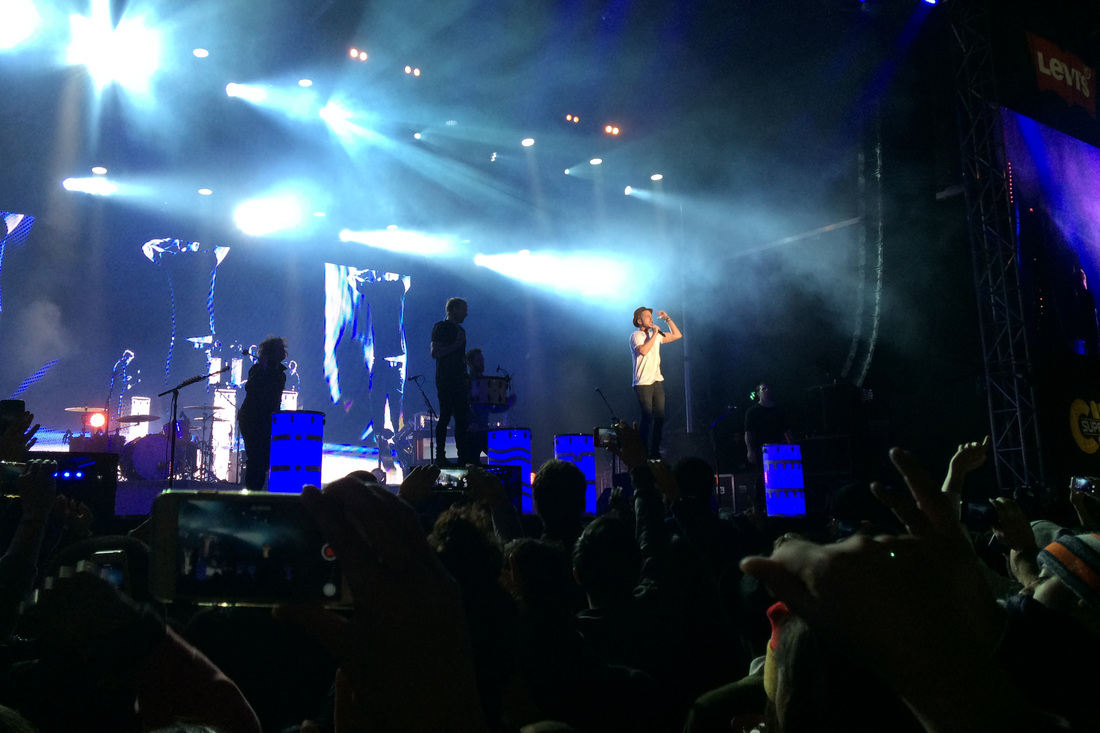 Photo and Review by Gina Kuhlmann
Friday February 5, OneRepublic played a free show at Justin Herman Plaza in San Francisco in celebration of Super Bowl 50 held in nearby Santa Clara. The show was just one of many free concerts held across the city, names ranging from The Band Perry to Alicia Keys. OneRepublic opened Super Weekend at Super Bowl City in Downtown San Francisco, and they did not disappoint  the many  who patiently waited for the free concert.

The night opened up with local DJ Aaron Axelsen. He combined new and old, playing the 1975’s “Chocolate” as well as David Bowie’s “Heroes.” He even paid tribute to the Bay Area’s own Golden State Warriors when he threw in some Chef Curry for the locals.

Soon after, Ryan Tedder’s vocals came booming out of the speakers. OneRepublic played hits from all their albums. They rocked out to “Counting Stars” and brought the crowd to tears during “Apologize.” Tedder displayed his skill at the piano and the band’s guitarist proved his own talent while on stage with guitar and looping pedal. They premiered a revamped version of “Good Life” after announcing that they had gotten sick of playing the original. The show was filled with the witty banter of Tedder, who expressed his love for the city by the bay when he said “San Francisco is tied with our hometown as our favorite city to play.” A major football fan himself, he expressed his amazement that they were invited to play for the Super Bowl, screaming “this is the craziest shit that we’re here for Super Bowl 50!" The crowded shared in the excitement, as local Christopher Martinez shared, “years from now I’ll always remember it.”

The city is known for its amazing views and musical events, but Super Bowl City combined the beauty of the city with a performance from a  legendary group. Longtime fan Madison Amido rejoiced over the amazing night of music. “Having the chance to see OneRepublic for free in Super Bowl City was such a great experience. The band is so talented and seeing them perform with the backdrop of the Ferry Building and Bay Bridge was nothing short of magic." San Francisco became the host not only to all the sports fans that came to watch the Panthers and the Broncos, but also created an encompassing experience for all fans to enjoy the excitement of the national event.