Where your biggest problem is the Black Keys or Kendrick Lamar. 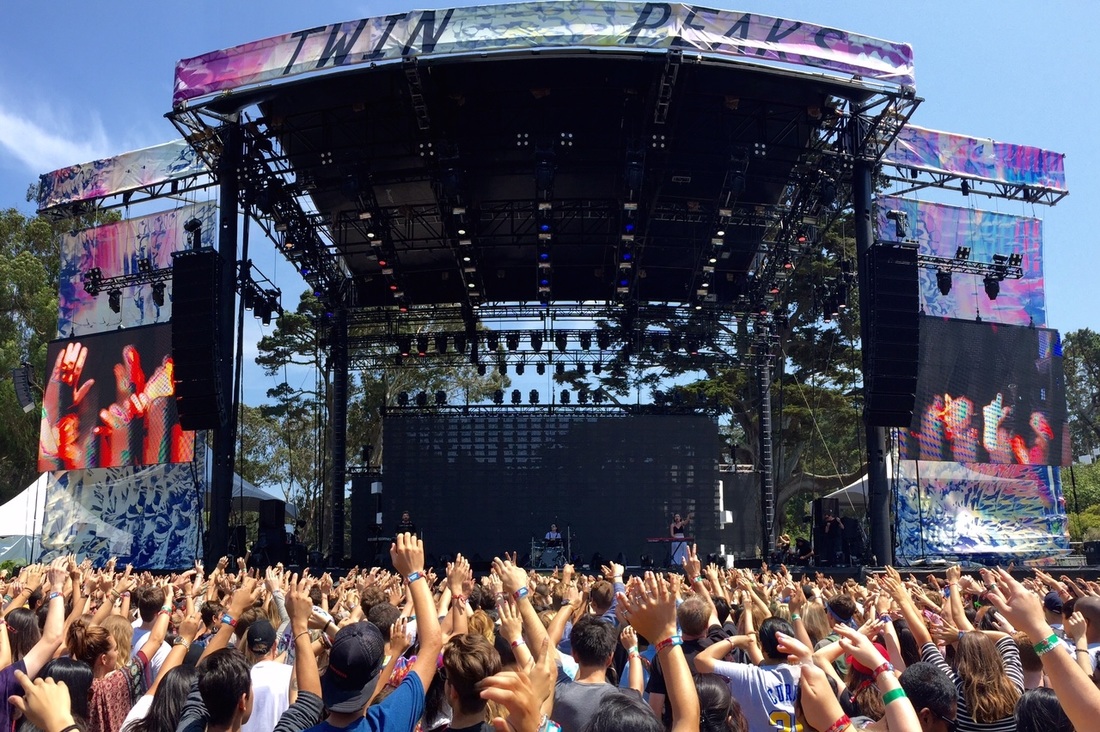 Photos and Review by Nicole White
Three full days of amazing performances by some of the biggest names in music in one of the coolest cities in the world? Sign me up! San Francisco’s 8th Annual Outside Lands Music and Arts Festival in Golden Gate Park from Friday August 7 to Sunday August 9, 2015 was nothing less than a huge success.

The park was transformed into a magical music festival location and hosted over 60,000 attendees each day. San Francisco local Gina Kuhlmann speaks on her experience, "This being my first festival, I completely fell in love with Outside Lands. There were only good vibes there. Everyone was there to have a good time and enjoy amazing music. The lineup was incredible, with artists of all styles and walks of life. Not only was this an awesome showcase for musicians, but local vendors, restaurants, and street artists. I ate amazing food and saw incredible art being done. Being in Golden Gate Park in such a cutting edge, socially aware, and artistically driven city, this is the perfect location to bring so much talent and happiness together."

Friday featured amazing sets by BROODS, Robert DeLong, George Ezra and Glass Animals. New Zealand music duo BROODS opened the weekend with a strong performance and vocalist Georgia Nott’s energetic ombre hair flips weren’t anything short of majestic. The Twin Peak Stage turned into a pseudo day rave as Robert DeLong performed. DeLong had the ability to single-handedly win over the crowd with his live show; his visual effects and sound-controlling videogame controllers were crowd favorites. Fans flocked to the Sutro Stage to see George Ezra. Ezra was even shocked to see so many people and said, “It’s amazing to see so many of you, thank you so very much for coming out!” Glass Animals played a lively set which ended with singer Dave Bayley crowd surfing and then throwing a pineapple into the audience.

Thousands watch George Ezra play Outside Lands 2015 at the Sutro Stage on Friday.
Friday night headliner Mumford and Sons rocked the Lands End Stage, which can be confirmed with the fireworks that went off before the band was called back onstage for an encore. Frontman Marcus Mumford put on a flawless performance. Giving it his all, Mumford sang his heart out, knocked over his drums, and ran through the crowd giving Friday a spectacular end. The crowd erupted when Mumford said, “If you got a drink in your hand, finish it!” 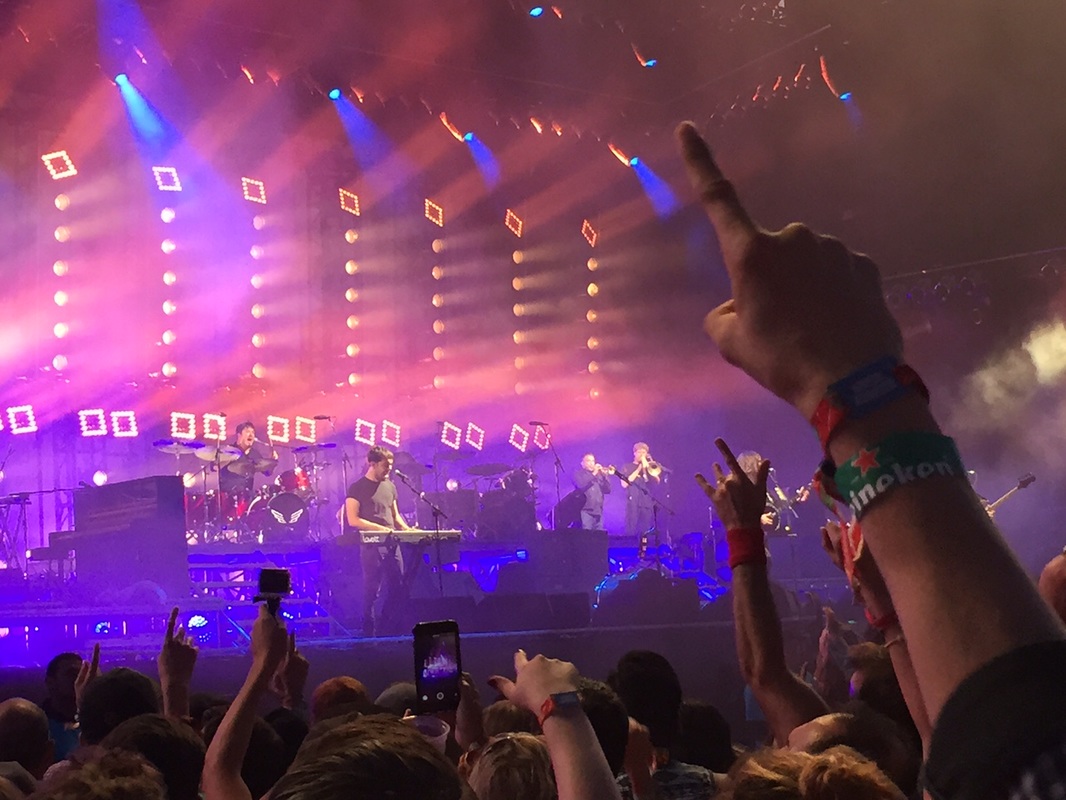 Mumford and Sons headlines the first day of Outside Lands 2015.
Saturday was the most crowded day of the three, and for good reason. The lineup was fantastic! Well, besides the fact that the Black Keys and Kendrick Lamar had overlapping set times.

MisterWives kicked off the day saluting the crowd before breaking into their hit song “Our Own House.” Singer Mandy Lee had an unprecedented amount of energy which only added to the band’s already lively stage presence. Bassist William Hehir did cartwheels and somersaults on stage which really pumped up the crowd. Notorious for fog, San Francisco was a bit gloomier on Saturday, but Lee thanked the crowd for “bringing the heat on this cold day!”

Mac DeMarco, Cold War Kids, Milky Chance and Tame Impala all put on great performances, as expected. G-Eazy hands down put on the most extravagant set of the weekend which included crazy onstage smoke, flames, and fireworks.

Although not technically a headliner, fans went insane over Kendrick Lamar, who ended up playing 15 minutes past his scheduled set time. Saturday attendee Sujude Dalieh describes seeing Lamar perform on Saturday night, “I loved the energy of the entire show, he hit all his upbeat songs, which was perfect to end a 10 hour day of slower alternative music. He definitely made more of a connection with the audience than other artists.”

Saturday headliner the Black Keys performed without missing a beat. Concert goer Hannah Sucov gives insight on her favorite set of the festival, “My favorite performance was the Black Keys. I've been a fan of theirs for a very long time now and being able to see them live again at Outside Lands was incredible. Music is one of those things that brings people together and I feel like being at a venue such as Outside Lands with a huge crowd of fellow fans, all of us cheering and singing along together, made the experience all the more special.” 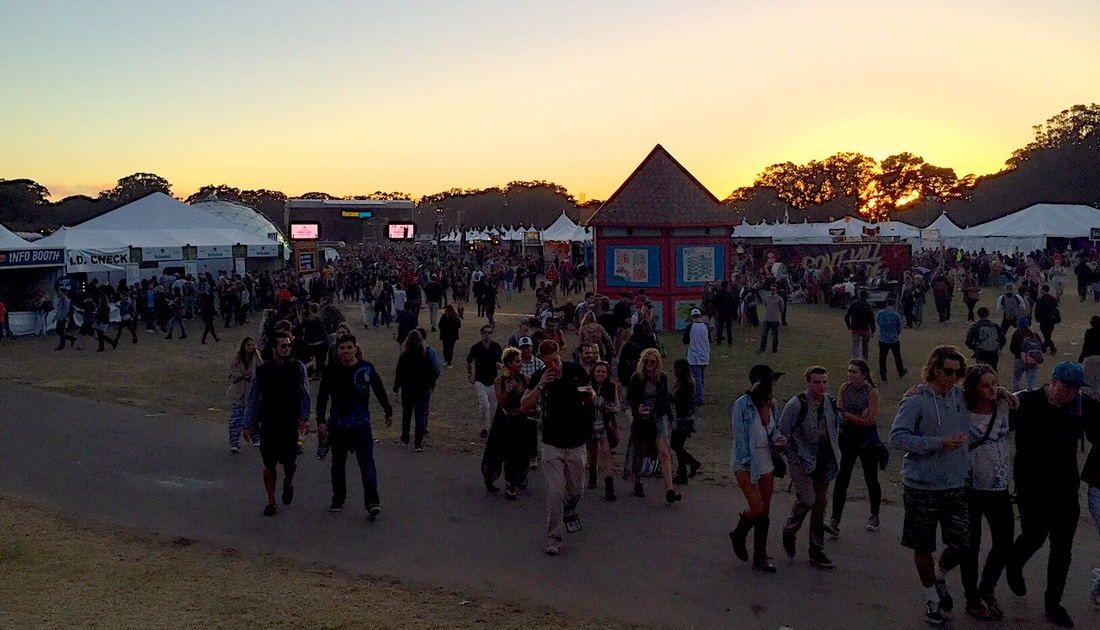 The sun sets over the Lands End Stage on Saturday just before the Black Keys perform.
Sunday shook the crowd, literally! During Allah-Las set, a 3.3 earthquake was felt throughout Golden Gate Park. It was quite possibly an aftershock from Shakey Graves powerful performance.

James Bay stole the hearts of the Bay while playing his hits “Let It Go” and “Hold Back the River.” Singer-songwriter Nate Ruess, best known as the vocalist of the band Fun., returned to Outside Lands this year and the audience could tell he was having the time of his life by the electric performance he engaged the crowd in. ODESZA pumped up thousands at the Twin Peaks Stage, everyone was dancing like there was no tomorrow. As ODESZA was ending their set, Sam Smith started his set at Lands End and was the definition of perfection. He blew the crowd away with his vocals. Elton John ended the weekend with a bang. Although he is 68 years old, age has nothing on him.

The iconic Outside Lands gate on the Polo Fields.
Outside Lands 2015 was surely something that will go down in the books. Festival attendee Eitan Rothman describes his first time attending Outside Lands this year, "It was a really unique experience. It was cool to see the park transformed into a concert venue and the collection of local food on top of the entertainment was a great addition. I had a fun time!"

First-time festival goers, like Rothman, and Outside Lands veterans alike can all agree that this year’s festival only left them wanting more. There is high anticipation for what Outside Lands 2016 will bring!