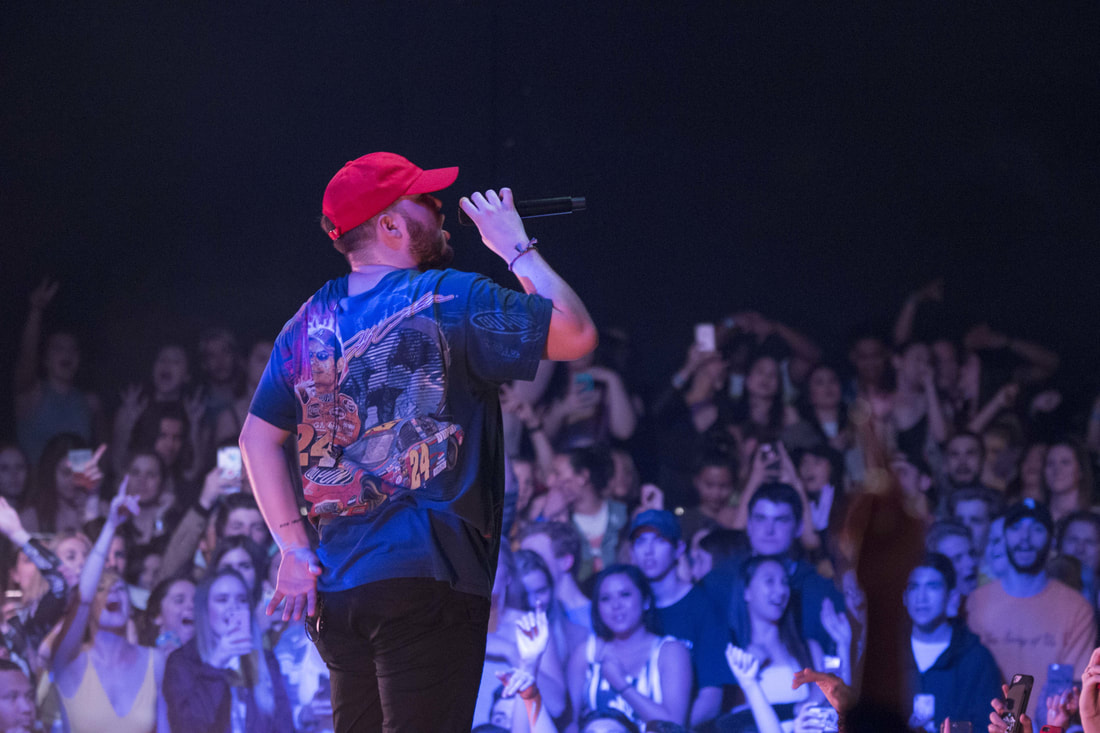 The Observatory in Santa Ana brought in a rowdy crowd for Chelsea Cutler and Quinn XCII’s The Story of Us Tour Part II on Thursday, March 29.

Before opener Chelsea Cutler took the stage for the sold out show, the audience was hyped up and sung along to Kendrick Lamar’s “LOVE. FEAT. ZACARI.” A quarter past 8PM, when the show was scheduled to start, eager fans began repeatedly shouting in unison, “We want Chelsea!” A few minutes later, Chelsea appeared and fog machines started up. 21-year-old singer/songwriter/producer released her debut EP in October 2017 and this is her first national tour. She had incredible energy, running around the stage and interacting with the crowd while belting out vocals–it was hard to believe that this was among her first live performances. Chelsea told the crowd that she recently dropped out of college to do music full time and that she has loved the tour so far. Playing a remarkable setlist that included songs like “Out of Focus,” “Giving Up Ground,” and of course her hit track “Your Shirt,” Chelsea also treated fans to an original unreleased song. Additionally, she played covers of Post Malone’s “I Fall Apart” and The Weeknd’s “The Hills” where she played guitar. At the end of her last song, Chelsea jumped down to the barrier and gave out high-fives.

Between sets, the excitement was palpable as fans screamed along to Drake’s “Gods Plan” as they waited for Quinn XCII. The audience went wild as Quinn XCII stepped on stage and jumped right into a dynamic performance of “Candle.” The stage was set up to evoke The Story of Us album cover with a couch and hanging empty picture frame. Although it seemed nearly impossible, he turned the energy up another notch with his lively dancing and jumping. Everyone’s hands were up for most of the night as they bounced along to their favorite Quinn XCII songs. Quinn had an impressive command of both the stage and the crowd. He played hits including “Full Circle,” “Always Been You,” and “Another Day in Paradise.” Between songs–after referencing school shootings and how the world has been “fucked up” recently–Quinn XCII encouraged the audience to be good people by spreading love and good energy. During “FFYL,” he sounded like a drill sergeant as he instructed people to hop right and left repeatedly. Quinn XCII also told the audience about how he used to be an Uber driver and insurance agent, pursuing music on the side as a hobby. He urged people to follow their passions and dreams because “life is too short.” Expressing his gratitude, he excitedly told the crowd how he has worked his way up and used The Observatory as an example. This was his third time playing the venue–the previous two times he had played in the smaller Constellation Room–and he was so thrilled to not only play, but also sell out the bigger room on this tour.

Coming back for an encore after “Kings of Summer,” Quinn XCII was joined by Chelsea Cutler. They requested that an audience member come on stage to help with the next song. As they looked around, Chelsea asked Quinn XCII who he thought they should pick as fans yelled. He looked at a girl in the front row and said that he remembered her and asked her to come on stage. Unknowingly, the girl from the audience excitedly faced the crowd as her boyfriend walked out from backstage. She was shocked to turn around to see him and was in disbelief when he got down on one knee to propose on stage. Overwhelmed with emotion, she said yes and put on the ring as Quinn XCII danced across the stage and Chelsea gasped, seemingly also unaware of the surprise that was to come. The newly engaged couple sat on the couch onstage as Quinn XCII and Chelsea Cutler performed “Flare Guns.” Next, Quinn XCII went into the crowd and walked on a ledge to sing his second, closing encore song “Straightjacket.” Still in the audience, Quinn XCII started to dance and instruct the crowd to put their hands up as the house began to play “X” from the Black Panther soundtrack over the speakers. The Observatory turned into a dance party and Quinn XCII jumped into the crowd when the beat dropped, crowd surfing out to end the night on a high note.
​ 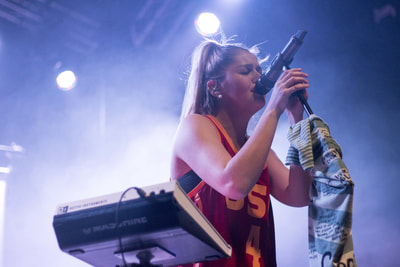 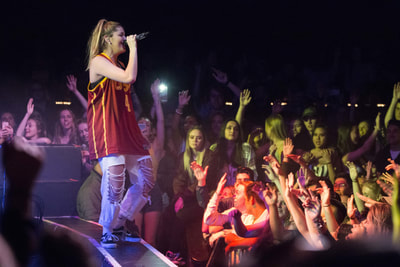 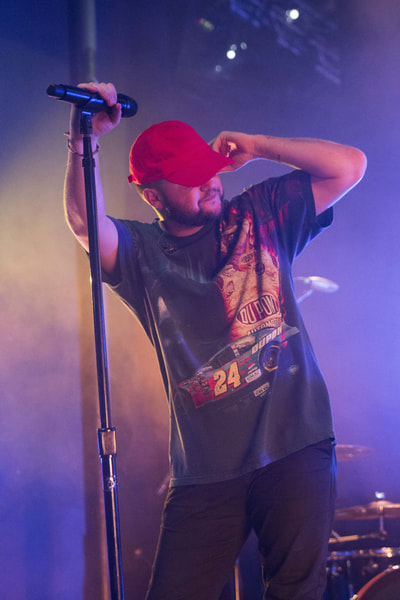 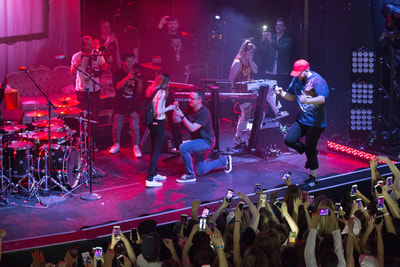 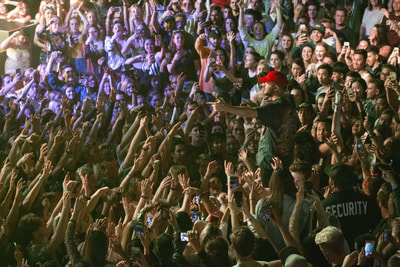