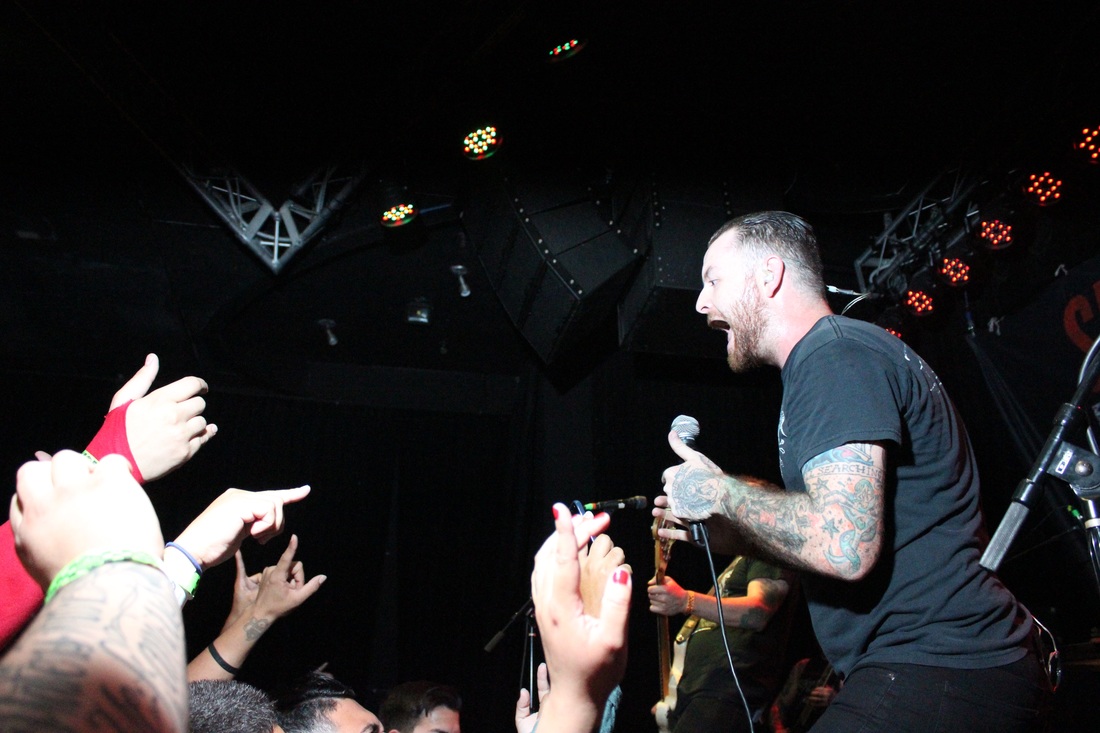 “It is very important for me to be able to get into a room like this with everything that’s going on in the world. It’s fucked up. It’s fucking crazy. I don’t have an answer for it. I have no idea even how to explain it or how to put it into words. All I know is that this feels good.”
-Buddy Nielsen

Senses Fail, opened by Souvenirs, played a sold out show Friday, July 15, at the Santa Ana Observatory. Both bands rocked the stage of the Constellation Room which had a maximum capacity of 250 people. This small venue made for a more personal atmosphere with dialogue between the bands and audience.

After asking for permission from the crowd, Souvenirs started their set early. With a set of indie rock tunes, they quickly won over the crowd and excited the audience for Senses Fail’s upcoming performance. Souvenirs ended their set with a new song that had never been performed. The band explained that they have been writing an album for the last two months and this new song, “Stalker,” may not even be completely finished.

Next, Senses Fail took the stage for one of their only headlining shows of the year. The rock band began their set with “You’re Cute When You Scream” and the crowd immediately joined in to sing along. The room was filled with incredible energy that lasted the entirety of the set. Frontman, Buddy Nielsen, danced around the stage, throwing the mic and jumping to the beat. Senses Fail’s set included their mid-2000s hits like “Can’t be Saved” and “Bite to Break Skin,” which was perfect for the older crowd, as Nielsen noted, “A lot of you are old. I don’t know if I’m old. I’m not young.” It was this conversational quality of the set that made for such a uniquely personal experience and amazing rock performance.
View Full Photo Gallery