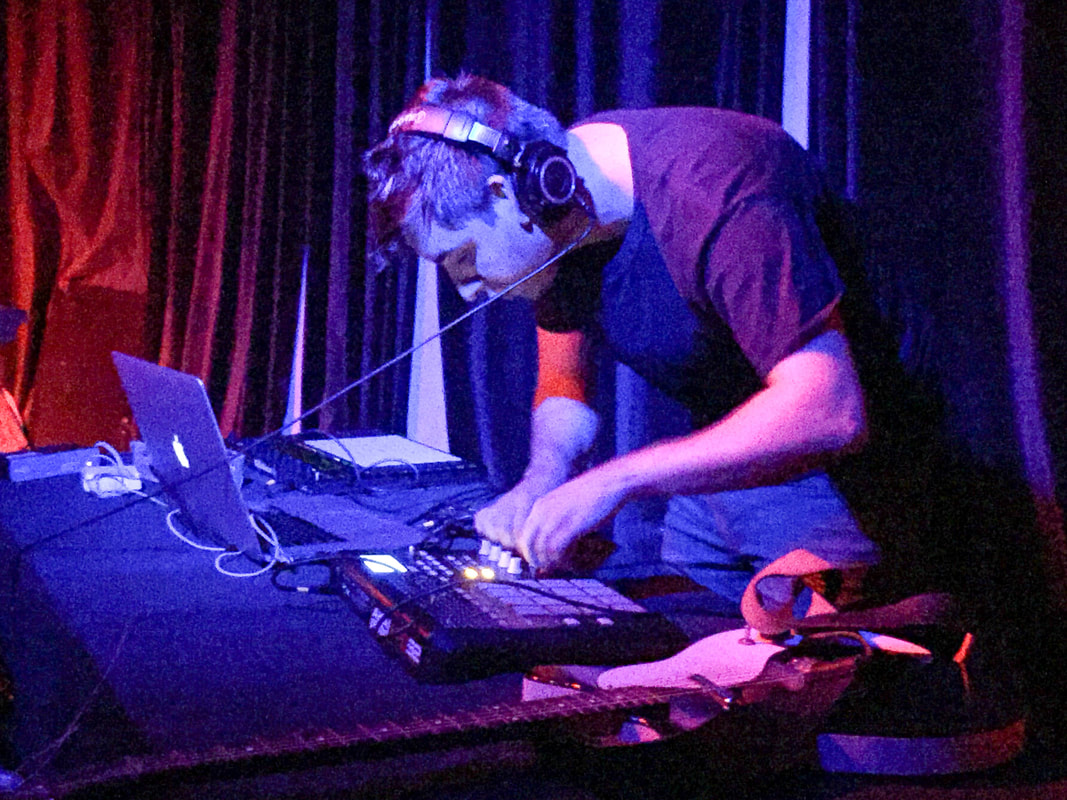 On the first day of fall, patrons at San Diego’s SPACE Bar found themselves reveling in a respite of residual summer vibes. These last trappings of summer could be found in the warm glow of stage lights and the presence of carefree, danceable electronic music.

The crowd was slow to arrive for the late show, but those who came early were presented with two compelling opening acts. The first on the small stage was Nature’s Kid, a project of San Diego local Ryan Solomon. With an electric guitar, some effects pedals, and a laptop, Solomon set about creating sounds that were ambient yet danceable. His use of varying popular music samples under atmospheric guitar riffs felt improvised and organic.

Jonah Baseball took the stage next. Despite his name, there was little explicitly sporty about his performance. A laptop, minimal lyrics, and beat-driven melodies allowed him control over the audience. His experience as a DJ was apparent in his ability to get patrons moving their feet and swaying to the rhythm.

Almost three hours after SPACE’s doors opened for the night, our headlining act made his entrance. New Yorker Ryan DeRobertis first began recording music under the Saint Pepsi moniker. An authority in the vaporwave community, Saint Pepsi found himself in a legal spat that brought about the identity we saw walk into the spotlight that night: Skylar Spence.

Along with the name change came a stylistic change; Skylar Spence’s 2015 album Prom King has a distinctly nu-disco flair. Unlike his previous work, DeRobertis’ vocal and guitar skills are on display. This was the Skylar Spence on display in San Diego, armed with a guitar as his friend stood in the background doing the requisite electronic work. DeRobertis plowed through several jaunty jams from Prom King with boundless energy and enthusiasm. The smile on his face was contagious, and the crowd was more than receptive. They clearly had their dancing shoes on.

To switch things up, DeRobertis brought up the Saint Pepsi name-change story for undoubtedly the millionth time in his short career, and transitioned into a fan-favorite from his vaporwave days. Audience members were sad to say goodbye to the nostalgia, but Skylar Spence’s last song as a duo certainly made up for it; the crowd couldn’t help but sing along. Perhaps the catchiest and most recognizable of his tunes, the performance of “Fiona Coyne” was the crowning point of the set.

Despite the loss of his onstage partner for the final few songs, DeRobertis was more than able to keep the energy high as a one-man show. While showcasing his DJ skills sans guitar, it was clear that his liveliness while onstage is unparalleled. In fact, his entertaining bobbing and grooving might quell the reservations of even the harshest critics of electronic music. Not all was familiar, but the dance mixes certainly did their job. DeRobertis treated the patrons of SPACE to a bright, bubbly, requiem to summer, even working in a sample of Gwen Stefani’s “Hollaback Girl” for good measure. The show ended abruptly, with a “thank you” and a smile that had never left his face. It certainly hadn’t left the faces of those in the crowd, either.