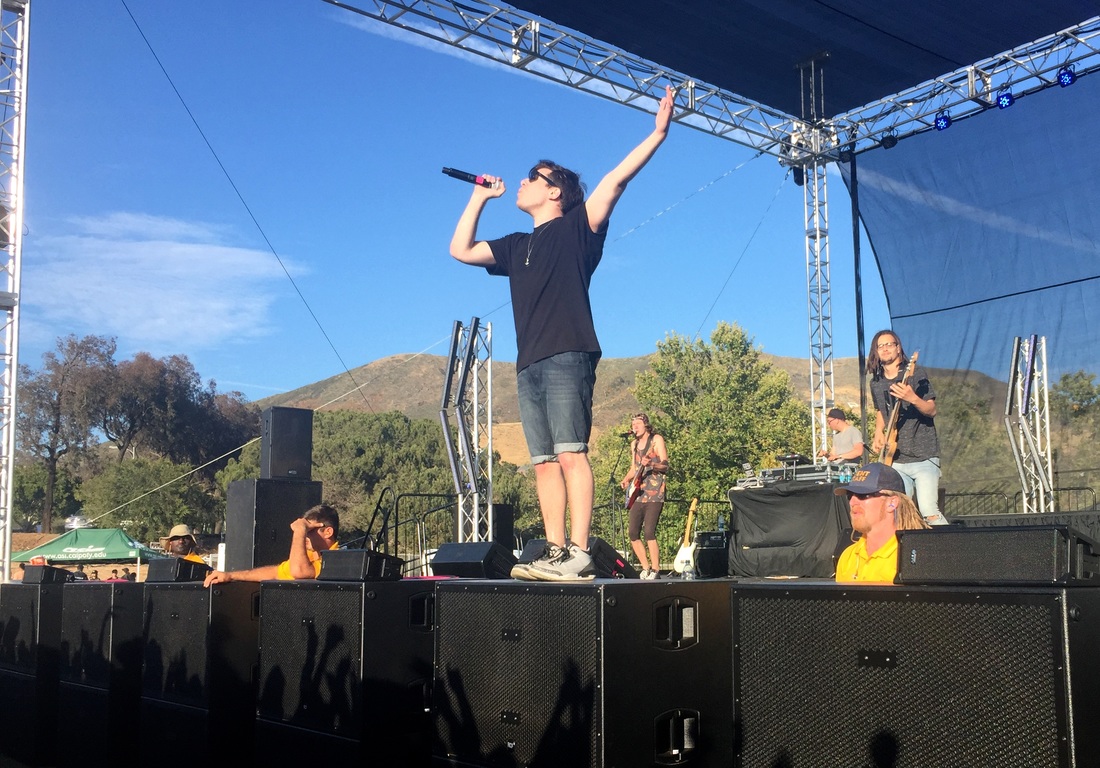 Photo and Review by Naba Ahmed

Hoodie Allen
"To all the haters in the world, throw your middle fingers in the air."

For the first time ever, California Polytechnic State University in San Luis Obispo hosted an outdoor concert in their back fields on May 30, 2015. Spring Stampede kicked off by The Knocks from New York City bringing in a funky mix of hip hop. Ben "Dr B-Roc" Ruttner and James "JPatt Patterson" finished off their set with their classic, "Classic."

Next up was Sage the Gemini, who immediately riled up the crowd with his presence. He had everyone singing and dancing along with him as he sang "Red Nose" and "Gas Pedal." The crowd screamed as he ran along the barrier slapping hands along the way and running full circle back onto the stage and up onto the speakers.

Finally, the headliner, Hoodie Allen, made his appearance. He went straight into his music, belting out "No Interruption." He transitioned into "No Faith in Poly," adapting a new rendition of "No Faith in Brooklyn," to fit the scene. As he neared the end of his set, he began singing "Cake Boy." This song couldn't be complete without cake so he grabbed a cake and threw it into the crowd.