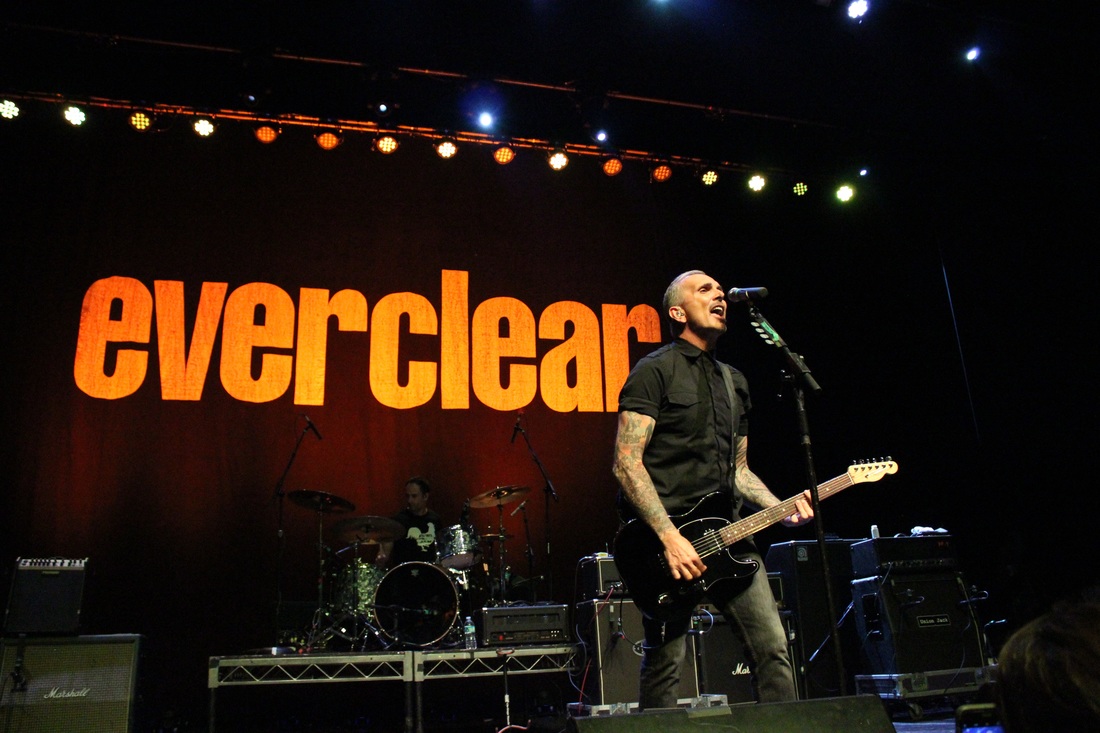 “I want to play a fucking punk rock song. Is that ok?”
-Art Alexakis

The 90s are back in the the form of the Summerland 2016 Tour. With no official headliner, the line up consists of Sugar Ray, Everclear, Lit, and Sponge. On Thursday, August 11, 2016, the tour made it’s way to the Saban Theatre in Beverly Hills. With relatively short sets of 5 to 10 songs, each band had just enough time to play their classic hits.

Sponge performed first playing hits like “Molly” and “Plowed,” as well as two new songs from their eighth studio album The Beer Sessions. Opening the night, Sponge immediately got the audience feeling like they were back in the 90s. Though the venue was all seating, frontman, Vinnie Dombroski started by making the audience get on their feet.

Lit came on next with incredible energy for their hometown crowd. Drinks in hand, the band put on an amazing show which included A. Jay Popoff running through the audience and meeting fans as he sang. Lit closed with their classic “My Own Worst enemy” as the crowd sang and danced along.

Fellow SoCal natives Everclear took the stage next. As hosts of the annual tour, Everclear shared their passion and talent with the crowd. Before each band came on, Art Alexakis introduced them and shared personal stories, giving the show a more intimate feel. This feeling continued throughout their set as they played hits like “Father of Mine” and “Santa Monica” while reminiscing about the 90s. The band never lost their rockstar quality from decades ago, but they managed to stay humble and genuine as they talked and sang about themes of love and caring for one another. Before playing their 1997 hit “I Will Buy You A New Life,” Alexakis explained that,“This is not a song about money. It’s a song about love.”

Sugar Ray played the final set, throwing in some covers and blending Mean Machine with Blitzkreig Bop–originally performed by the Ramones–and ended with a unique rendition of their biggest hit “Fly” with parts of Sublime’s “What I Got”.

The bands understood their audience well and played as if the last twenty years had not aged them. There were no gimmicks, no confetti, no fire, just good music and a good time. Whether you grew up on this music during the 90s, or if you're dad showed it to you when you were ten, the tour brings back a nostalgia that can't be matched. ​
​
View Full Photo Gallery