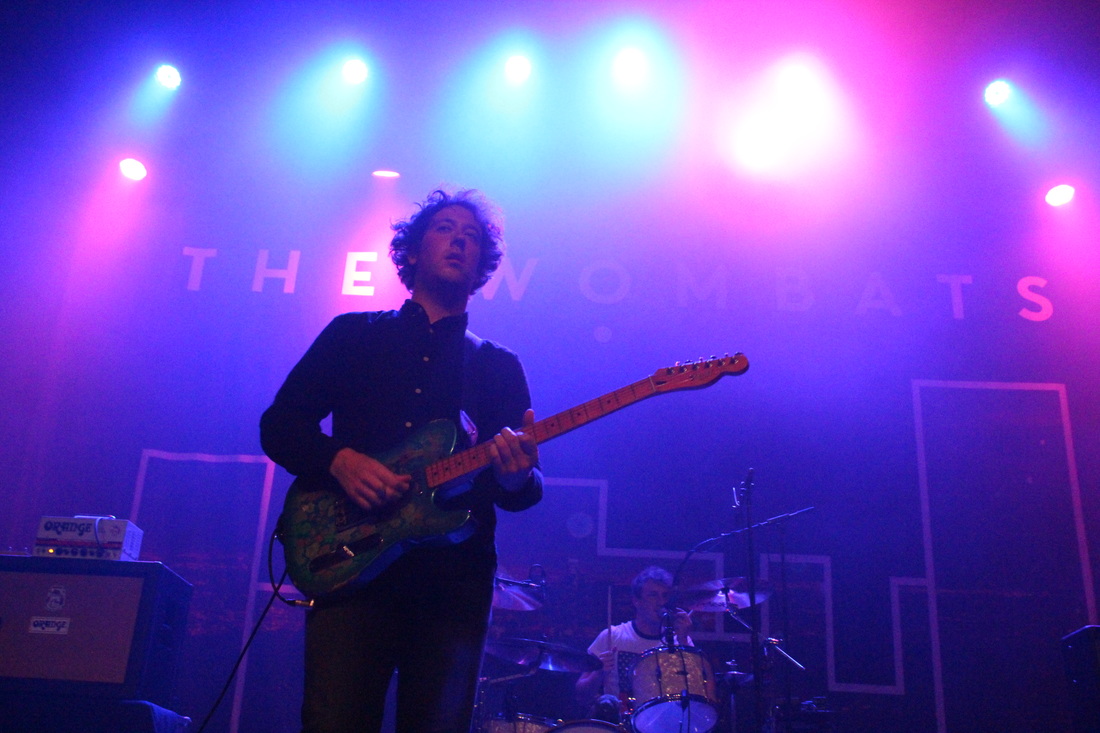 “How's everybody doing today at this point in the evening?”
*Crowd cheers*
​“Wonderful. That's good to know.”
- Dan Haggis

Local LA band Coast Modern opened for The Wombats at The Fonda Theatre on Wednesday, August 3, 2016. With a tropical themed set covered in leaves and beach balls, Coast Modern rocked their set with alternative rock songs and a bit of a reggae flare. Lead singer Coleman Trapp shared a story of when he and guitarist Luke Atla came as audience members to The Fonda to watch The Wombats perform just a year earlier. The band pumped up the crowd with their upbeat tunes and threw beach balls from the stage, exciting the audience for The Wombats’ upcoming performance.
​
Five minutes after the posted set time, The Wombats still hadn’t taken the stage. Chanting erupted from the crowd as they encouraged the band to begin their set. As the band came onstage, the audience quickly started singing and clapping along. The energy was contagious as guitarist Tord Øverland Knudsen ran and jumped across the stage with a constant smile. The band had the entire floor dancing as they played upbeat classics like “Greek Tragedy,” “Jump Into The Fog,” and “Techno Fan.” They shared good vibes and good music with the Southern California crowd before heading up north the Outside Lands Music and Arts Festival in San Francisco. Next, they travel to the East Coast to continue their U.S. tour.
​
View Full Photo Gallery