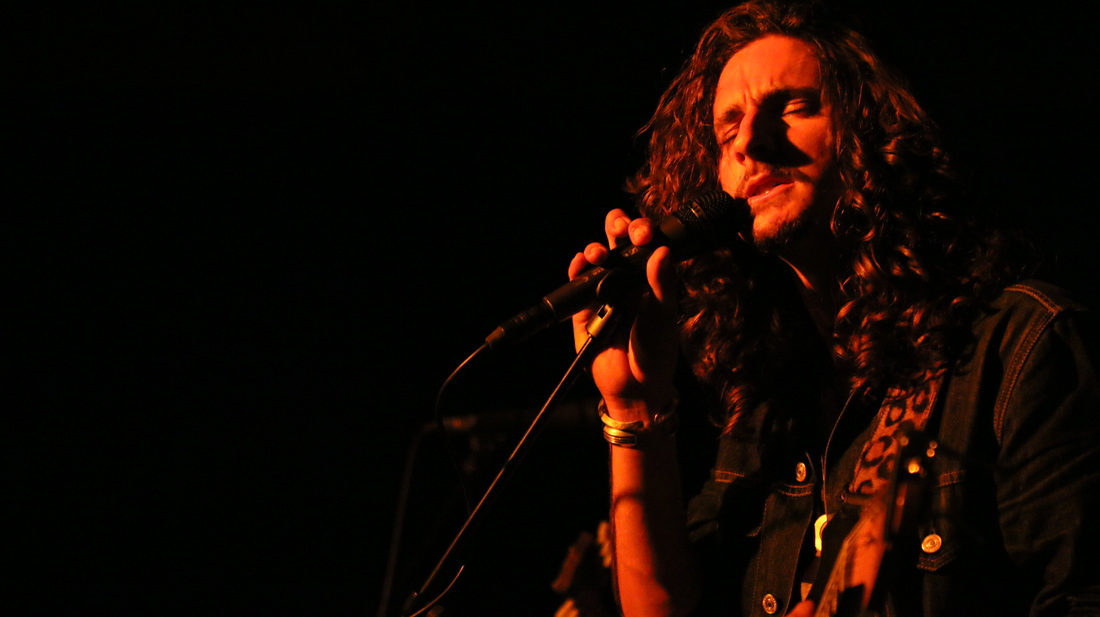 Photo and Review by McLane Brown

Tumbleweed Wanderers
During their set, band member Jeremy Lyon increased the energy in the venue by requesting, "Hey, if the front row could take two steps forward, that'd be great. You guys are so far!"

Me & Dinosaur started off the show in Santa Barbara’s Soho Restaurant and Music Club on Sunday, February 15th. They are a more recent band formed in 2011, but nonetheless came out strong and shook the crowd out of the bar and dining atmosphere and got them set for the night. Givers and Takers came out next with a mix of indie and psychedelic rock to change up the mood. They played a ton of their original songs that really flowed with a combination of soaring vocals, keyboard and guitar, and backed up by bass and drums that provided the stability for the music. Tumbleweed Wanderers brought in some of their most popular songs that night, and a few from their new album Realize, that will be coming out later this year. Their music is mainly rock n’ roll, with a touch of soul/folk that has a classic American sound, brought out by a mix of guitars, acoustic and electric, and occasionally banjo. They ended the night with an awesome encore cover of Bruce Springsteen’s “Born to Run.”
View Full Photo Gallery