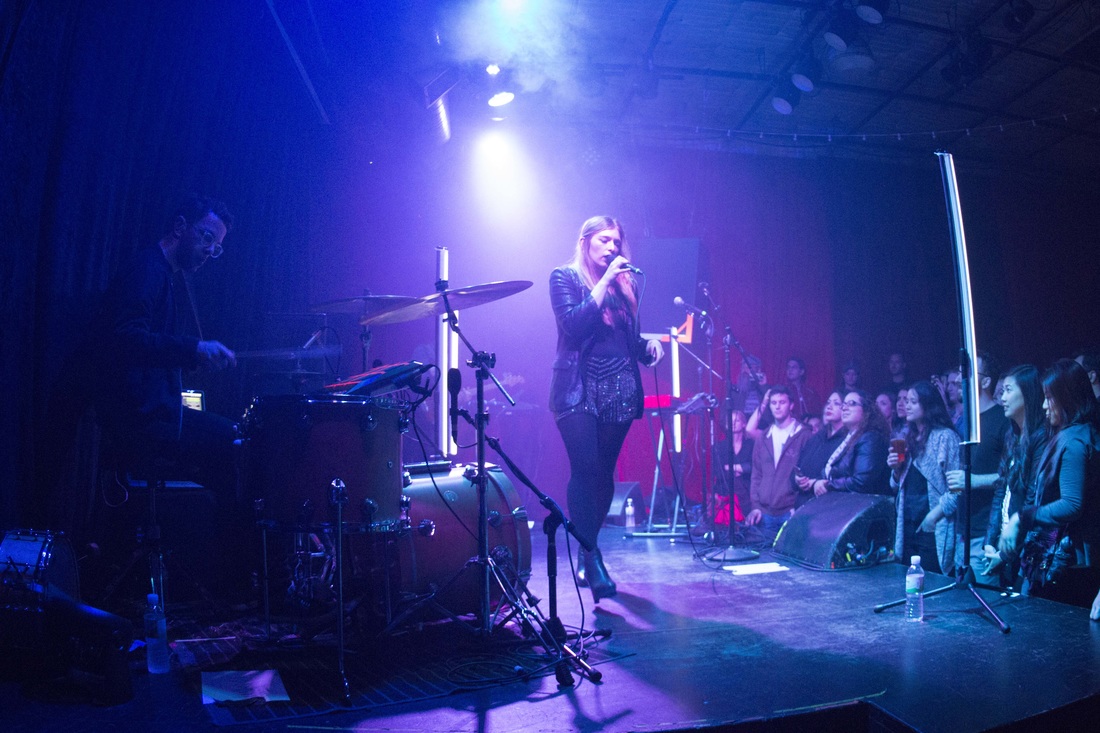 ​Live 105’s notorious Aaron Axel pumped out some remixes from his DJ booth that got the crowd going before and between Lostboycrow and Vérité's sets at the Rickshaw Stop in San Francisco on Tuesday, May 31, 2016.

Lostboycrow danced around the stage and got the crowd going, preparing for headliner Vérité. With two braids and backwards Boy Snapback, Lostboycrow was definitely a character. He provided fun beats that were easy to dance to. Genuine and appreciative, Lostboycrow thanked the crowd for a wonderful first time in San Francisco. He brought out a guitar and soloed on one of his slower songs. After the song he said, "How was the show? Kinda pop disco campfire."

Little Rickshaw Stop filled up in anticipation of Vérité. Vérité even had a custom SnapChat filter for the SF stop of the Underdressed Tour—serious commitment to set up the best show she possibly could. Disco ball in rotation with the floor and upper level couches filled, Vérité hit the stage.

Taking the stage with grace, Vérité was surely not underdressed in her silver sequined skirt. She went directly into “Echo” which ignited the show. Vérité was excited to draw such a large crowd in a city she had never played in before. Smiling at her fans, she said, “Seriously, you guys are the ideal audience.”

A set of thin white lights helped set the tone—a lot of elegance with just the right amount of flare. Vérité belted out all her hits. Before a slower number, she fumbled around to get her keyboard set up correctly and accidently flipped her mic around. Vérité drew a good laugh from the crowd when she said, “It's supposed to be my intimidate moment on keyboard, but I fuck it up consistently.”

But the little slip up did not deter Vérité from having a great time on stage. It was apparent that she genuinely enjoyed performing and sharing her music with others. Beyond her original songs, she played a cover of “Sober” by Childish Gambino that everyone began to sing along to.

Vérité saved “Weekend” for last, ending her set with a bang. Before going into her final song, Vérité riled up the crowd by saying, “Thanks for supporting independent music! Fuck using labels!”

Fans exited the venue in good spirits from Vérité’s sincere performance. This may have been her first time performing in San Francisco, but hopefully not her last. Left wanting more, the Bay Area will surely welcome Vérité’s future return.