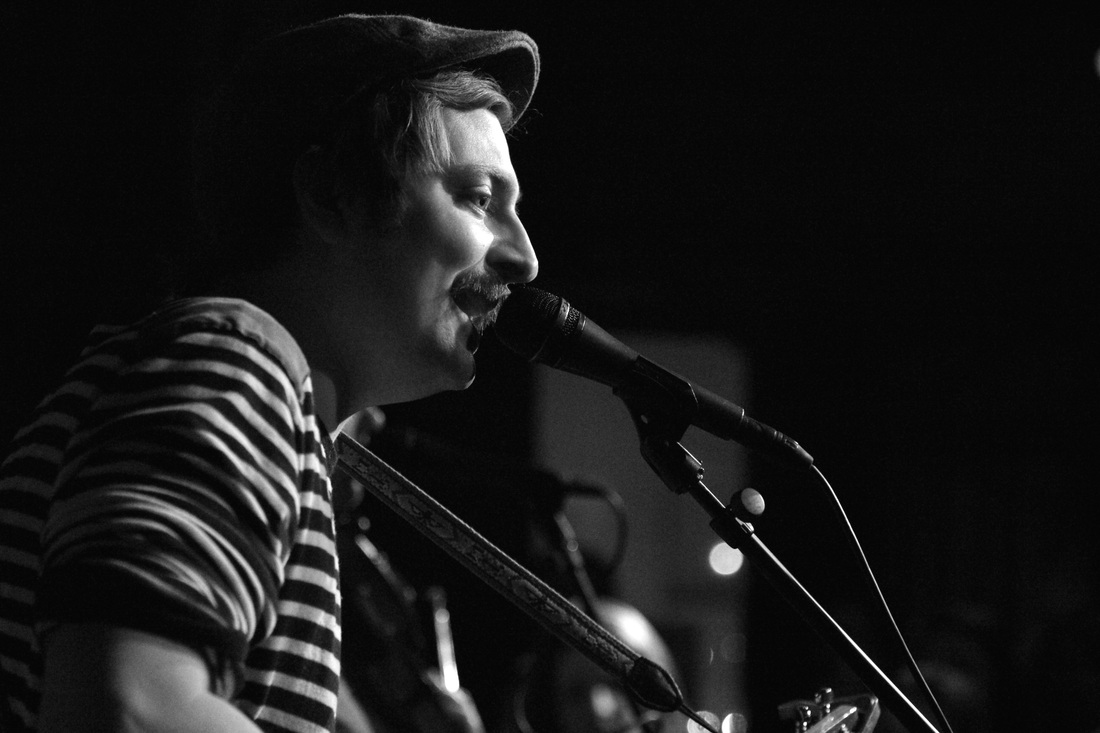 Photo and Review by McLane Brown

Wild Child
Before performing an emotional song, band member Kelsey Wilson commented, "This is a sad one for us, so things'll get real weird."

“Uh, I heard the weather’s nice here…” commented Goodnight, Texas on Santa Barbara’s rainy weather that night, which is ironic because this was their last show on the road together coming down from the rainy northwest. It may have been a little wet outside, but inside the SoHo Restaurant and Music Club was buzzing with people and music that sure felt a lot warmer than outside. Goodnight, Texas was a classic mix of American sounds that fit in well for the atmosphere that night. The three bands must have really gotten close over their tour because by this last show they were jumping in on each others song to play a bit or just hanging out onstage with them, and for their last songs, the other two bands would all come out and dance or jam along. The slow dance was probably one of the favorites, because a bunch of the other band members danced on stage, and some of them came off stage and danced with the audience. Desert Noises came out guns blazing with high energy rock that got the crowd moving and jumping, while Kyle Henderson jumped all around on stage. Wild Child brought out tons of favorites like “Whiskey Dreams,” “Cocaine Hurricane,” and “Pillow Talk.” They even unplugged and played a song out in the crowd, which was perfectly fitting for the ambiance and feel. Their recorded sound is a little deceiving from the energy they bring to a live performance, exemplified by Alexander Beggins smashing his Ukulele and throwing it to the audience at the end of the show.
View Full Photo Gallery