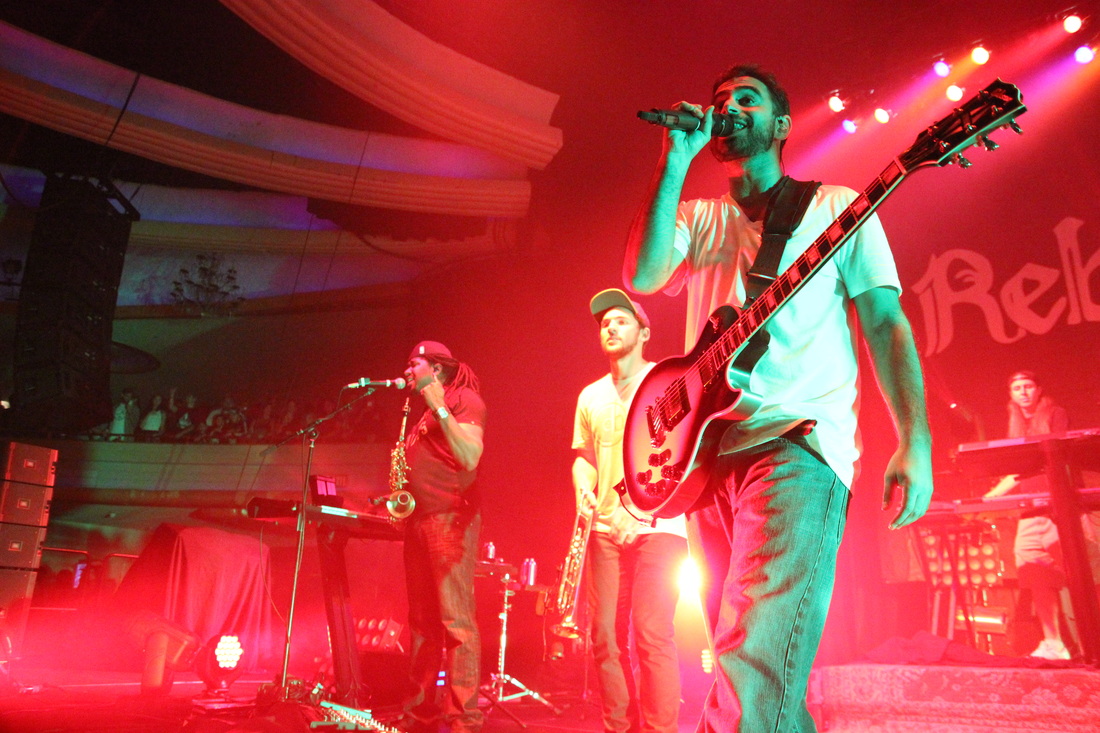 Rebelution
“LA hands up like this if you’re feelin’ nice, yeah!”

Although it may seem contradicting at first, the best way I can describe the atmosphere of the Hollywood Palladium on March 13, 2015 is as a sort of laid-back enthusiasm. This feeling definitely matched the reggae music. Though Rebelution frontman Eric Rachmany’s voice was melodic and soothing, the brass instruments came together excitedly with a faster and more intense sound. Or maybe this atmosphere was simply caused by the marijuana. Although it is probably a given, it seems inappropriate to comment on the atmosphere of this concert without mentioning the drugs. Which is fitting, as the second band’s name was Gondwana. Walking into the venue, I was immediately greeted by the scent of marijuana and the view of a crowd of people with little clouds of smoke rising above them. Whatever it is that we would like to accredit this ambiance to - most likely both sources - it was perfect for this concert and line up. Jeremy Loops came out first, bringing guitar, harmonica, loop pedal, and even a children’s toy into the mix, providing a unique sound and pumping up the crowd. He further got the crowd involved when he recorded them singing and incorporated that into his loops. Next up was Gondwana with soothing melodies, and although their songs were in Spanish, their set was universally enjoyable. Finally, Rebelution took the stage with incredible energy. The fluorescent and strobe lighting added to the upbeat feeling. The interaction between members was enjoyable to watch as they played and danced together. Overall, the music, performance, and atmosphere was perfect for this crowd.
View Full Photo Gallery