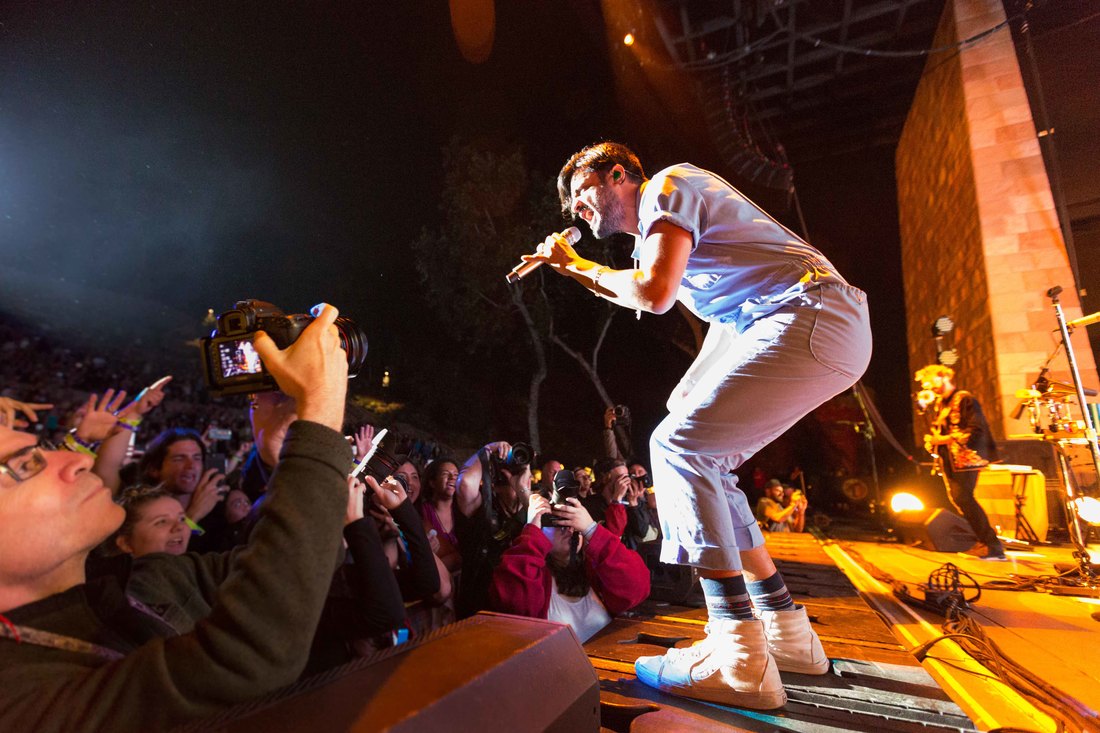 Another Friday night show at the Santa Barbara Bowl, after the usual sunny day meant to be spent at the beach, Joywave and Cold War Kids opened for Young the Giant on August 25, 2017.

A group formed in Rochester, Joywave was first on stage. The band has been consistently putting new music out since 2010 filled with strong, driving drum beats and melodies that simultaneously sing out and blend in with the environment around them. As lead vocalist Daniel Armbruster explained, they played their “Joywave 30,” their shortest set, but it certainly felt like they used every minute up there to bring their distinct American indie rock sound to the audience.

Cold War Kids came out next and spent plenty of time as close as they could to the audience by walking on top of the speakers right at the front, extending the stage a bit for them. Bass guitarist Matt Maust’s unmistakable sound was even more pronounced in a live setting, and guitarist/vocalist Nathan Willett shared some of his history with the Santa Barbara Bowl. Willett said, “This is a special place, special venue and special night so thank you guys.” He then continued on to tell his story of hopping the back fence of the Bowl to see Radiohead play, and this was his first time back since then.

The large LED display that had been looming in the background of the stage finally lit up as Young the Giant came out, each member a silhouette against red. During the set, the patterns shifted from geometric shapes to ocean waves and plenty of neon colors that followed the rise and fall of their songs well. There was plenty of dancing around and movement on stage, up and down the stair setup and out towards the crowd who reached out to lead vocalist Sameer Gadhia. Partway through the set, they played some songs in their ‘In the Open’ style that started on a road trip where they stopped and brought out all their instruments and played in the salt flats of Arizona for no one at all. The context of how it started gave a real contrast to their current setting in front of an amphitheater full of people, but it brought the show to a much more intimate level.
View Full Photo Gallery