Student Musicians – a column about college student musicians, featuring their work and focusing on how they navigate school and music! ​​ 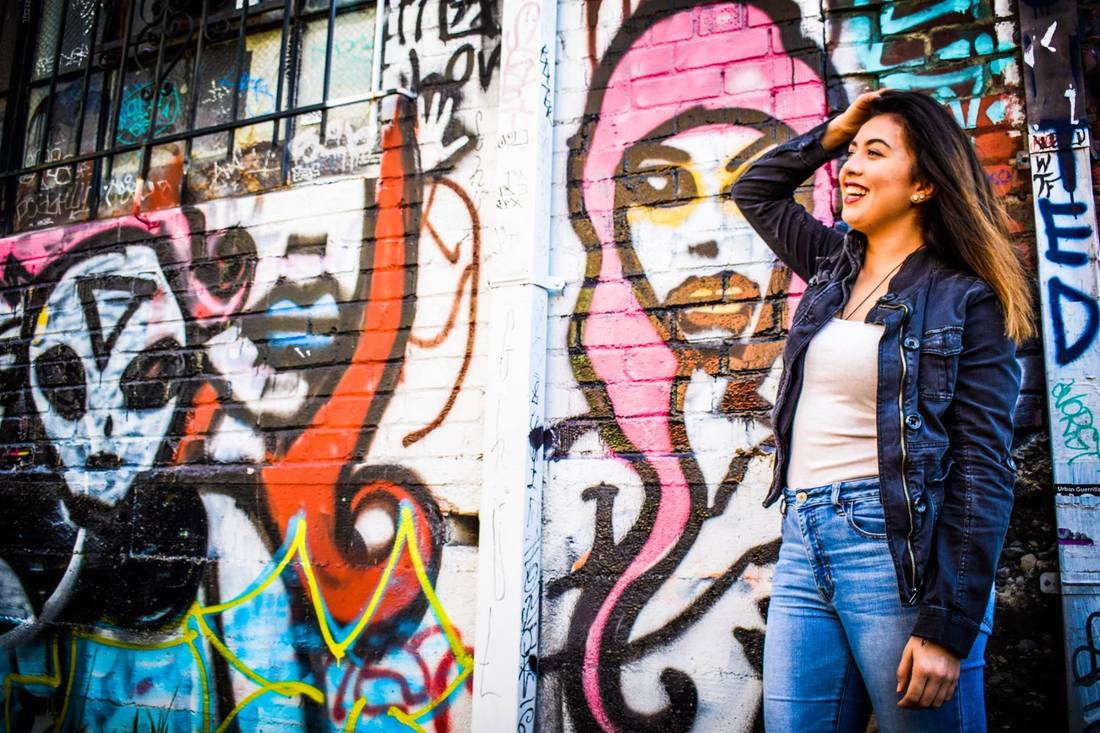 Meet the girl that makes your coffee and makes your favorite new music–Courtney Glickman is a UC Berkeley student that balances school and music along with being a barista. Her EP Paper Thoughts dropped on Tuesday and it is FIRE!

Singer-songwriter Glickman is a Bay Area native from San Ramon, CA. After going to college for a year in Nashville, TN and then transferring to Diablo Valley College in Pleasant Hill, CA for two years, she began attending Cal last semester as a Media Studies transfer student and loves surrounding herself with motivated people. Offering a fun little anecdote, Glickman said, “When I found out that I had gotten into UC Berkeley I was in the studio recording my EP. Very nerve wracking and then I ran around in the parking lot!”

Paper Thoughts, named after Glickman’s songwriting journal, has been a process. It has been almost a year since she began recording the 3-song EP at local studio The Grill in Emeryville, CA. Glickman has had a plan–promoting and marketing the anticipated release of her new music, she did not want to just drop the songs randomly. When she went into the studio, it was all business. She recorded once a week for several months, where certain days would be set aside to work on specific tracks. “Give Back To You” is Glickman’s favorite song on her EP. It was a song that just clicked for her and she said, “It’s so subtly, not subtly, sassy. A lot of people when they just look at the title aren't expecting what they hear in the song.”

In her genre of urban pop, Glickman looks to other artists for her own vocal inspiration. Genre blending is important–she picks and chooses certain elements from other singers and puts a twist on it for her own unique flare. Her music has been influenced by famous local Bay Area rap and hip hop artists, such as G-Eazy and Kehlani, and country music from her time spent in Nashville. However, she also likes to incorporate jazz chords and a storytelling aspect on her tracks. “How I usually describe my sound is that it is like Katy Perry catchy, Lily Allen sassy, but high notes like Tori Kelly, and then random hip hop, rap elements mixed in there and that's me,” said Glickman.
​​
​Picking up the guitar for the first time in her early high school years, Glickman realized she could formulate songs out of her ideas and has been addicted to music ever since. Phrases pop into her head as she is walking and she will write them down and save them for later. She writes the lyrics and melody to her songs before coming up with the chords. Recently Glickman was walking past a liquor store on Telegraph Ave. in Berkeley and she thought of the line ‘maybe I’ll come back for a glass of wine’ which ended up becoming the inspiration for a new song.

As a part of West Coast Songwriters Association, the Grammy U program through the Recording Academy that connects university students to notable members in the music industry, UC Berkeley’s Business Careers in Entertainment Club, and record label The Orchard’s internship program, Glickman is very involved in the music scene. She has won songwriting competitions and been able to network with major artists and many music industry professionals while also getting to know other local singer-songwriters.

Songwriting provides Glickman a form of release and relief in between her busy college schedule. Although she admits that it can sometimes be hard to find time to set aside for music, Glickman has combated this with meticulous scheduling and time management in attempt to feel less overwhelmed. She remarked, “I literally have to write it out–like okay, at 5:00pm I’ll have like 30 minutes of playing time–just so I remember to do it and so my mind is set so that around this time, I’m going to make time.”

Before college, Glickman wishes that someone would have told her that nobody is going to just hand it to you, that it is not like the dream where one day you’ll wake up and be discovered. She advises other college student musicians to get into a work hard mindset as soon as possible because in the music business you do not want to leave anything up to chance. Referring to her music, Glickman stated, “I want to make sure I know exactly what I am doing and where I am going with it.”

Glickman hopes that her EP Paper Thoughts will raise awareness about who she is as an artist. She is planning on doing an acoustic coffee shop tour in the Bay Area since she is a barista and is attracted to the vibe that those spaces offer. From this tour, she hopes to highlight her music and highlight those venues.

In the future, Glickman said she wants to write more songs, put out an album, go on a bigger tour, collaborate with more artists and meet more people in the industry. Glickman said, “Music is becoming more of a lifestyle brand. I want to be able to bring my music to life, the feeling and the sensation of it to life. I’m in it for the long haul!”