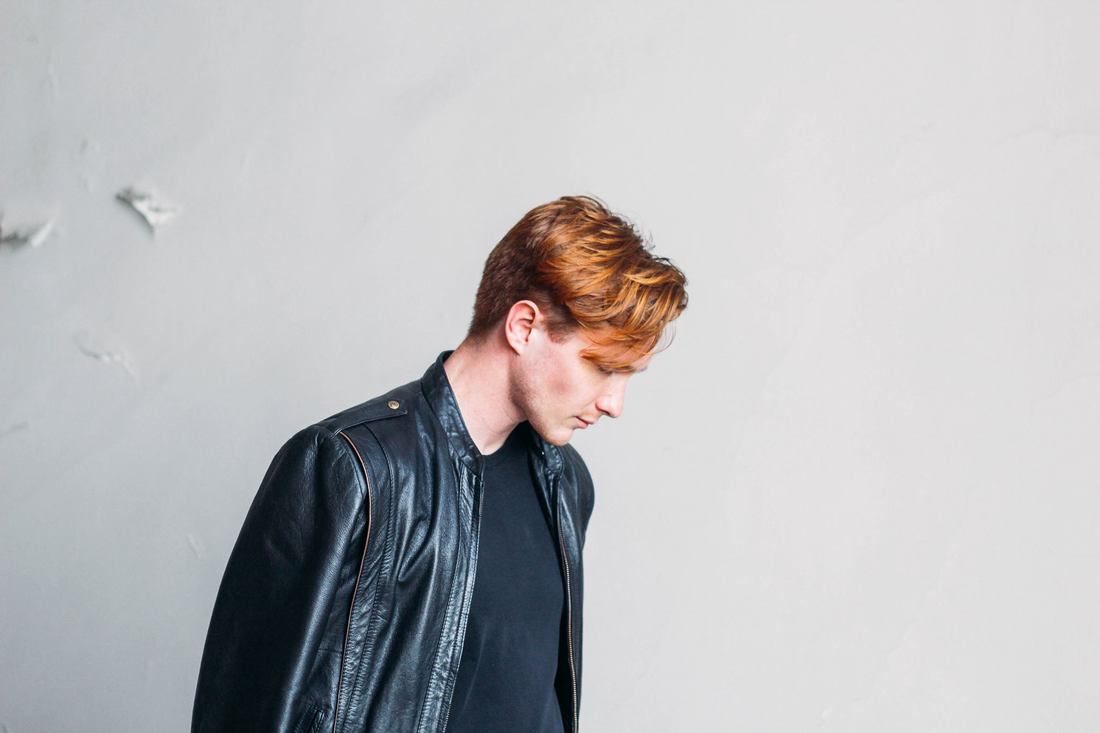 Photo by Janel Kajisa, Courtesy of Ratherbright
May 4, 2017
Article by Nicole White

Meet the man behind the madness! Don’t let the ambiguous girls on his cover art fool you, UC Berkeley senior James Wenzel is the face behind Ratherbright.

Soon-to-be-graduate Wenzel studies Cognitive Science with a concentration in computational modeling. He started his newest Ratherbright project, the Me and Your Girl EP, over winter break transitioning from 2015 to 2016. Guilt-free with no other obligations, Wenzel said, “I just had a lot of feelings that I was feeling so I sat down and started writing stuff without the stress of school.”

Writing all six songs off the EP in a four-week span and recording the tracks all in February 2016, Wenzel had a fast turn around–especially considering that he is pretty much a one man band. Ratherbright is a name he has had since high school. He remembers sitting somewhere with friends as a car drove by and reflected the sun which shined in their faces and he said, “That is rather bright.” Since then, he has gone by the name. “To me it is cautiously optimistic,” Wenzel said.

In his head Ratherbright has always been a band even though it has always just been him. Wenzel explained, “It is like the distinction between Justin Vernon and Bon Iver. He is very adamant that Bon Iver is a band when he is pretty much the main person writing and composing.”

Although he is open to others touching his work and making it better, Wenzel plays every instrument in the band himself, except for drums–an instrument his mom would not let him get growing up. He had his good friend Kenny Zhang, a junior at UC Berkeley, help program some of the electronic drum beats on his tracks. Wenzel thinks that it is crucial to have outside influences on music, especially since different people have different expertises. “I think it is really good to have at least one other set of ears listening to a song, someone else will bring something to the table that you didn’t think of,” he said.
​
​Zhang also helped with Ratherbright’s cover art, the notorious girls with obstructed faces. This plays into the tongue-in-cheek idea of ‘your girl’ in hip hop and R&B, a big influence in Wenzel’s songwriting. Who is ‘your girl’ doesn’t matter. Since Wenzel was writing about a lot of feeling in general and not writing about a specific person, he used these faceless figures as a symbol of ambiguity, a metaphor for ‘your girl.’

Growing up to a lot of pop punk, emo, R&B and hip hop music, Wenzel considers his genre to be ‘emo R&B.’ This particular blend of sound comes from influences such as the angst stemming from Panic! At The Disco and Fall Out Boy on one side and Kayne West (Wenzel’s ‘favorite human’) and Drake on the other. He likes the unique sense of identity and culture that comes from emo as well as R&B and combining them seemed natural to him. Embracing DIY elements, he also said that he really likes R&B from a practical standpoint, “If you are a bedroom producer making beats on your laptop, you tend to lean more towards electronic, R&B, and hip hop sounds because you can’t record a rock band in a studio apartment.”

Admitting with a laugh that ‘Cal kicks my ass,’ Wenzel recounted that a lot of the music making process happens over breaks. He previously went to Tulane University in New Orleans where he would have more time to play music and used to do a song a week. He said, “Some of those songs were good, some were not, but I would write and record one a week.”

Although he played a lot of coffee shops shows while he was transferring to UC Berkeley, Wenzel stopped playing those because the conventionality of sitting in a coffee shop with an acoustic guitar bored him. Since then, he has not played any shows, but plans to in the future. He really likes the production and set design that goes into live shows, and he said that if he is going to do a show, he is going to do it right. He has such a strong affinity towards Panic! At The Disco because they are so over the top and theatrical. For a music cognition perception class, Wenzel even built an LED screen wall that mapped to peak auditory sensitivity perception to visual color perception sensitivity. Glowing with excitement discussing future plans to play shows, he said, “I want lasers, I want it to be sick!”

​Taking after an artist named Jhameel that he used to see release singles each week through Hype Machine, Wenzel followed suit and released each of his tracks one at a time instead of dropping the whole EP at once. He likes this format both as a fan who can expect new music on a consistent basis and as a marketing strategy to keep relevant. Wenzel believes this is the way music is moving. Similarly, Drake is another artist that used to keep on top of releasing singles through SoundCloud before he signed a deal with Apple Music.

The first track off of the EP, “I Need You In My Life,” is Wenzel’s favorite. He said that he thought that one came together the best, especially when you have to make compromise when you are just one person recording the tracks yourself. “Songs don’t always come out how you want them to and I think that one was the most cohesive and made the most sense,” said Wenzel.

He says that the biggest challenge in releasing new music while being a student is managing the time. With this EP, Wenzel had done most of the leg work of writing the songs and had a plan for how to record it and get it done, but since then he says he has not kept on top of his music as much because he is currently working two jobs and has a girlfriend.

If Wenzel were to do it again, he said that he would have tried to find more help with the promo for his EP instead of trying to do it all by himself. He would want to delegate more so he would not have to be sending all the emails himself and be able to push more promo with the additional help.

Wenzel said, “Getting out there is the cool part!” His advice to other student musicians is to play shows. Based off the lessons learned from his own experience, he also encouraged spreading out work between a team of people you can rely on so you can do more.

He is excited to graduate so that he will no longer have to deal with the dread and guilt of the school readings and projects he should be doing instead of making music. Wenzel is looking forward to releasing more music in the future, collaborating with others and interning for Pandora this summer.