Student Musicians – a column about college student musicians, featuring their work and focusing on how they navigate school and music! 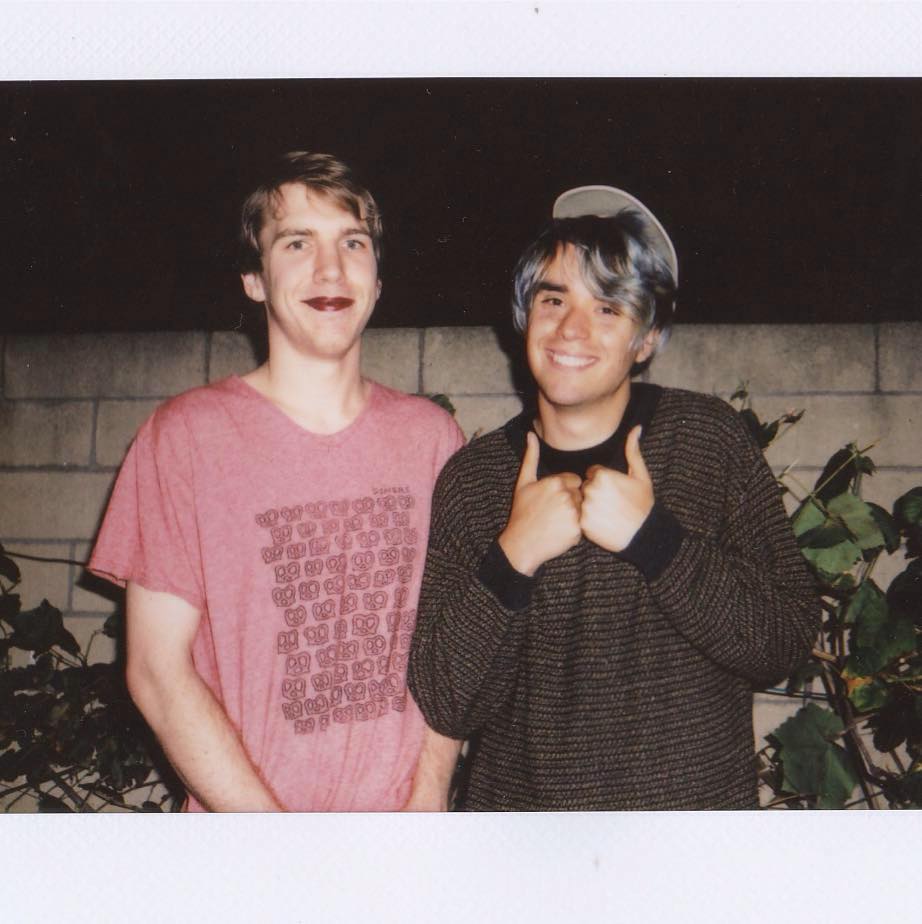 Take a bite of this… a donut-themed concept record? That’s right, Talk, Tired Thanatoid has a 4-track collection that is all related to donuts. The band has nothing less than a delectable discography, with an additional album, EP and split.

Talk, Tired Thanatoid consists of duo Zackary Kiebach and Arden Klawitter from Mission Viejo, CA. Omnisound caught up with Kiebach on how the band navigates their music while he is in college and their experience touring.

Currently a third year student at UC Berkeley, Kiebach is majoring in English and minoring in Creative Writing. He had already started out playing live music in Santa Ana, CA warehouse spaces with other friends when he met Klawitter through his high school jazz band. The two clicked and formed Talk, Tired Thanatoid.

Kiebach said that it is hard to assign a specific genre to Talk, Tired Thanatoid, but that they most closely align to what is called math rock, a technically difficult genre that revolves around time signature experimentation.

The band has gone on two short tours. One tour took them from Southern California up to Northern California, playing shows in cities such as Stockton and Mountain View along the way. The other tour took them all the way to Arizona with their friends in the band Panoramic.
​
Although he knew drummer Jon Model, Kiebach did not know Panoramic very well before going on tour with the band and admits that Arden knew them a bit better. Through their travels, the bands got to know each other better and bonded over lots of food at Denny’s. One of Kiebach’s favorite tour memories was playing a small town called Cameron on a Navajo reservation in Arizona. After playing a show for wonderful people, the bands had a small fire out in the desert and slept under the stars, which was a lot of fun despite two distant, scary dogs barking throughout the night.

With Kiebach at UC Berkeley and Klawitter in Laguna Hills, CA, they are limited to only playing together over breaks. Kiebach writes most of the music for the project and they flush it out and record over the summer. For the split that Talk, Tired Thanatoid put out with Panoramic before their tour to Arizona, Kiebach recorded his half in Berkeley and sent it down to Arden so he could record his other half and put the different tracks together. Although Kiebach has previously booked shows himself, such as a show in Mountain View with fellow math rock band Floral, he has also relied on outside help, such as Alyx Poska with Pacific Nature Records.

Kiebach has thought about playing shows with Talk, Tired Thanatoid while in school, but he is pretty busy with his other music ventures. He is part of several other bands at UC Berkeley while he is in school and has played local shows at the university’s cooperative houses. For any college student, schoolwork can get overwhelming and he wishes that he could be more invested in his music. Balancing school and music is hard and can be restrictive sometimes, says Kiebach. However, he thinks music can also be helpful for school since it feels good to play and clears his head. 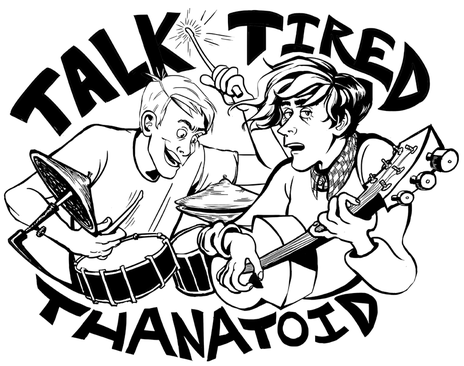 Image Courtesy of Talk, Tired Thanatoid, Illustration by Nadiya Dubova
The best advice Kiebach has for other college student musicians is to get involved in their local communities and to give back. He wants to remind bands that they should not expect venues to host them. Kiebach encourages touring musicians to extend the same opportunities that they have been given by putting on shows in their hometowns for other touring bands who want to come through.

The band name Talk, Tired Thanatoid stems from what Kiebach referred to as a “terrible poem” he wrote in high school after reading Vineland by Thomas Pynchon. With a cringe, he said he thought he was cool and that he liked the sound of longer band names, but now he honestly thinks it is a mouthful and has considered changing the name to something shorter.

With his favorite song yet to be released, Kiebach likes the stuff that Talk, Tired Thanatoid has already written, but not yet recorded better than their current discography. There are plenty more tracks to come, and a lot of those in-the-works songs do not have names yet. The band plays for fun and they like what they are doing right now. Kiebach wants to continue playing in small DIY spaces and hopes that in the future Talk, Tired Thanatoid can venture out farther on a longer tour with Panoramic.
​
​talktiredthanatoid.bandcamp.com