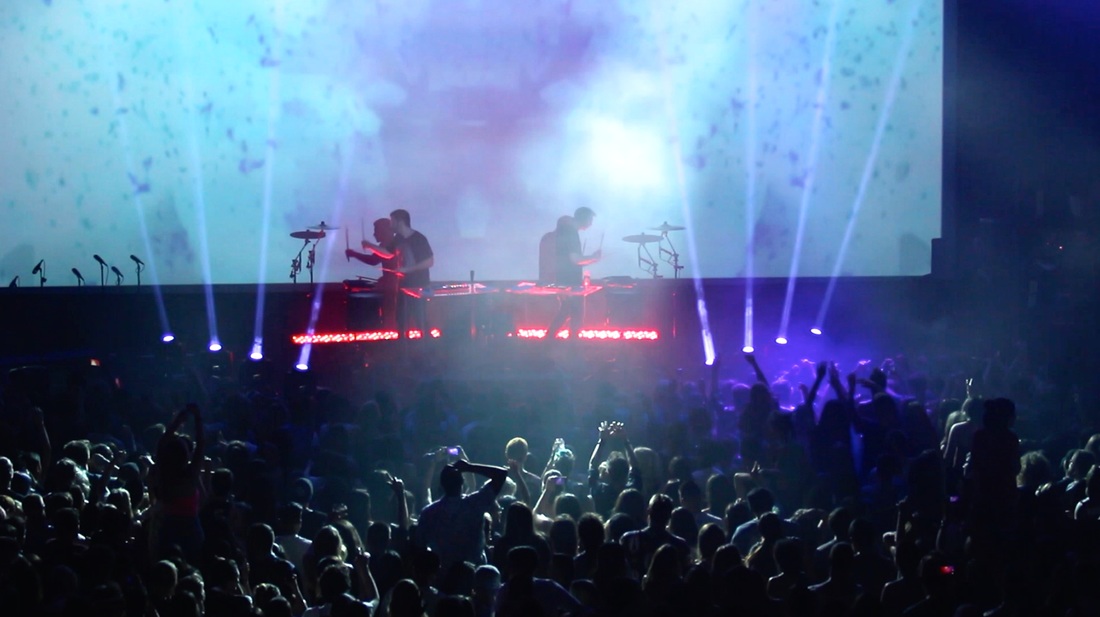 Odesza rocked the old western-style Arlington theater in Santa Barbara on April 16, 2015. Two DJ artists opened for the duo, building up an indescribable anticipation among the crowd, and with the drop of a heart-stopping beat and streak of lights, Odesza unleashed their set with a roar. Originally from Seattle, Washington, Clayton Knight and Harrison Mills greeted the crowd with excitement after witnessing the reaction to their first few songs. The venue echoed with cheers as they insisted upon the importance of playing this show in between performing at both weekends of Coachella. The care-free vibe and excited fans maintained the tangible energy throughout the night. From the balcony above, light shows and dance mobs could be seen in several places in the crowd as lights flashed to the beat of the electronic music. Zyra accompanied the two for their popular song “Say My Name,” causing a wild ripple through the crowd. Backlit by stunning graphics and animation, all aspects of their set beautifully complimented the amazing sound that reached every inch of the venue. The two clearly enjoyed performing, dancing to their set throughout their unique style of alternating between drums and mixers. Odesza deeply captured their audience, and the night ended in success — with a jumping crowd and successfully ringing ears.